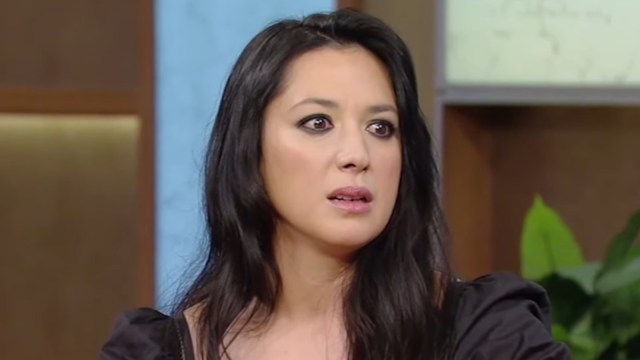 It’s been about a month since singer Michelle Branch was arrested for slapping her husband over infidelity claims. Now the “Everywhere” singer is opening up about the whole ordeal.

Branch appeared on the Tamron Hall talk show recently and talked about the incident with husband Patrick Carney of The Black Keys. On Aug. 11. Branch was arrested and charged with misdemeanor assault and had to pay $1,000 in bail money. She was reportedly released early because she was breastfeeding her infant child at the time.

On the show, she described the incident as the “worst night” of her life.

“And then to have it out in the world as I’m about to put out a record has been a lot, but all I can do is just be honest about what I’m going through and what’s going on. I’m not the first person to have gone through this.”

She also admitted to hitting Carney, saying that the reports were true and not simply allegations.

“I don’t condone violence. I slapped my husband. Not the finest moment of my life.”

Part of the problem, she said, was from dealing with the after-effects of childbirth.

“I’m only seven months postpartum from having a baby. Every parent in the audience knows this — sleep stress, life stress, marriage stress, work stress. Also, we had been out at a birthday party that night — I’d had a few drinks … all the blocks were stacked in a way that I didn’t have time to think about really what I was doing. And it was one of those things that I was like, ‘Is this really happening? Did this really just happen?'”

Another issue was infidelity. Branch said she regrets tweeting about that, saying “I definitely shouldn’t have let my anger get the best of me.”

“It’s unfortunate that it took this horrible, traumatic event to hopefully [move forward]. My husband and I are like, ‘How we were going was unsustainable. Maybe this will give us the tools to have a stronger marriage than we’ve ever had. We’re rolling up our sleeves and doing the work, which never sounds like fun, but we’re doing it.”

Therapy has changed the game for the couple, she said. “I wish that we had started it six months ago. I wish that we had gotten help and talked to someone sooner. It’s made such a huge difference in such a short amount of time.”

Branch and Carney married in 2019 and share two children together. Check out the interview below.

Branch’s new album is called The Trouble with Fever and is available everywhere today.