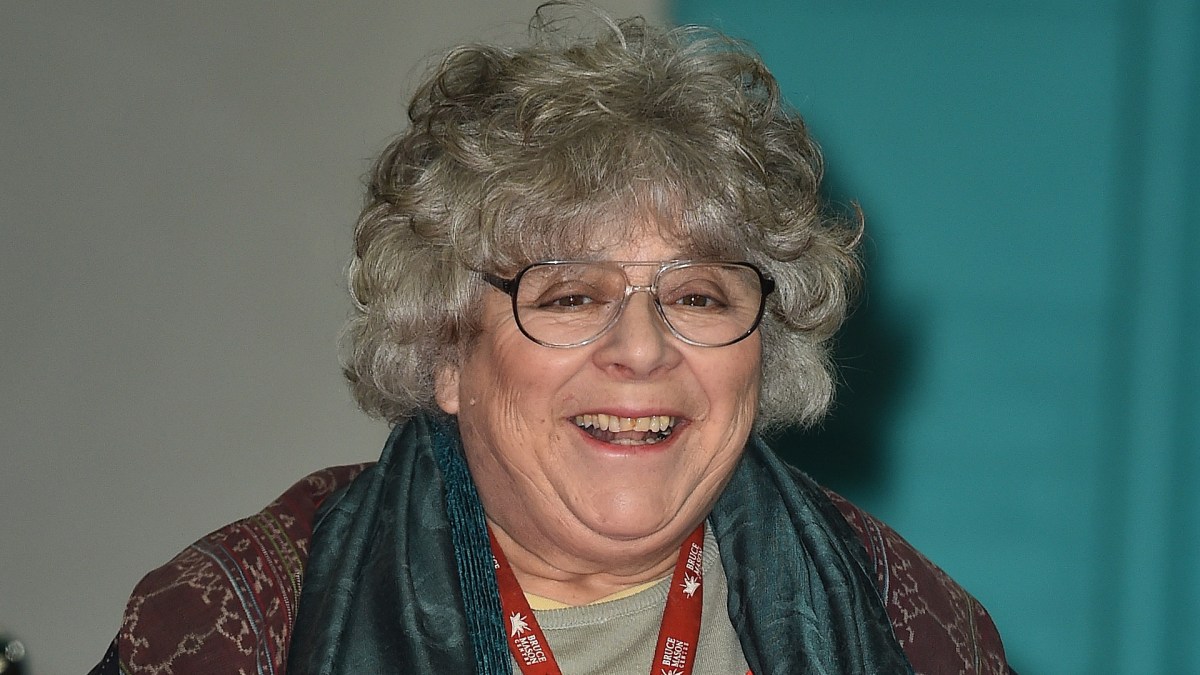 The charming, and unabashedly down-to-earth, actress behind Harry Potter‘s Professor Sprout is a straight savage.

Miriam Margolyes is officially in her 80s, but that isn’t slowing the beloved actress down. She’s already starred in three television programs this year alone, with several more projects on the horizon. She’s also a frequent flyer on several British morning programs, including This Morning. The show usually offers up typical daytime fare, but nothing is ever typical when Margolyes is on screen.

The 81-year-old actress made waves on the show last year, leaving hosts Phillip Schofield and Holly Willoughby in stitches after she let loose a startling and “enormous” fart during a break. The moment was quickly immortalized among viewers, who return to clips to enjoy her coy pride—and the hosts’ helpless laughter—on a frequent basis.

The latest bit of morning show gold was born of yet another Margolyes visit to the This Morning set. She appeared on the show again recently, this time aiming her devastating wit at the dating scene. In answering a question about gaining more confidence while seeking love, Margolyes pulled absolutely no punches.

She informed Leanne, the viewer who submitted the question, that she’s not overly up to date on the current romantic scene, given her decades-long relationship, before pondering the “dating websites” that are currently available. She quickly dismissed Grindr after discovering that it’s “the gay one,” noting that she’s not trying to push anyone to “go gay,” and instead pivoted to her first bit of brutal advice.

“What you should do, lose a bit of weight, darling. If you think you’re too fat to have sex,” Margolyes says. In a viral clip of the show, shared to Twitter by user @SkatieMorant, her words are nearly drowned out by the desperate laughter of the person filming. This problem only intensifies as Margolyes goes on, getting more ruthless with every word.

She also recommends that Leanne “join a club” to learn “photography or line dancing,” in order to meet more people. Or, of course, she could “volunteer at a center for disadvantaged folk” like “poor people and cripples.” She notes that this could be particularly helpful, as hopeful love-seekers might “meet another cripple,” a statement that prompted a truly priceless look to briefly cross Schofield’s face, before Margolyes returned to her original point and once again advised that we all “lose a bit of weight.”

So, there you go, singles. You’ve got all the advice you need to successfully enter the dating fold, thanks to Margolyes’ unique brand of merciless guidance.