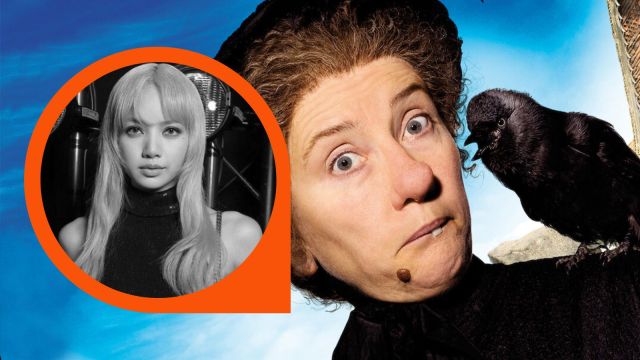 Remember when Destiel (Dean and Castiel from Supernatural) and Putin trended as related subjects somehow? Well Twitter’s latest nugget is pairing “Nanny McPhee” with K-Pop, and you might be wondering just what the two have in common (hint: it’s sadly not the announcement of a Korean version of the movie).

This weekend, a trio of big stars in Korea joined the Celine fashion show at Paris Fashion Week as special guests. Actor and singer Park Bo-gum, Thai singer and rapper Lisa from BLACKPINK, and BTS’ V (stage name for Kim Taehyung) stole the spotlight from the models walking the runway, with their appearances trending everywhere on Twitter. Of course, anything that was tweeted in relation to these three quickly made it to the social network’s trending topics too.

One of the expressions that came up in Twitter’s trending topics under “K-Pop” was, weirdly, “Nanny McPhee”. The reason was Lisa, Bo-gum and V seating next to the actor from the 2005 movie, Thomas Brodie-Sangster, who played Simon Brown, the oldest of the seven children Nanny McPhee is asked to discipline.

“Never thought I’d see the kid from nanny mcphee [sic], Lisa, Jesus, and taehyung [sic] in the same room,” one user tweeted. The tweet went viral and suddenly the entire internet was talking about “the kid from Nanny McPhee.”

Lisa went on to take pictures with Thomas, and “Jesus” – who is actually Tame Impala’s lead singer Kevin Parker. The Nanny Mcphee jokes kept on coming, with fans of Thomas joining in too. One K-Pop and Thomas fan hybrid was happy to see the two worlds collide, saying “No cause 7 years ago, my 14 year old self literally simped over the nanny mcphee guy after seeing him in the maze runner.”

The real question is whether Lisa knew who Thomas was, and if she has ever watched either Nanny McPhee or Maze Runner. As always the internet asks all the important questions.