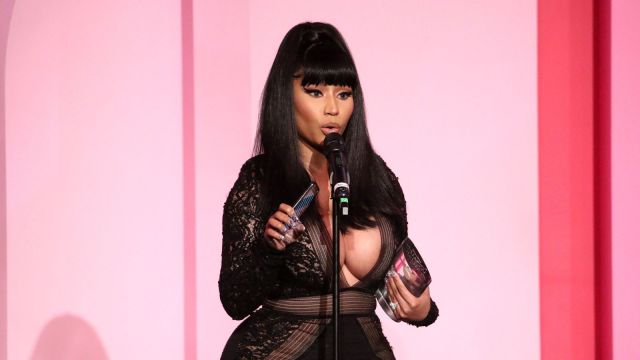 Nicki Minaj did not hold back when talking about Britney Spears’s ex-husband Kevin Federline, with her labeling the singer a “clown” among other insults.

Minaj took some time away from promoting her new single “Super Freaky Girl” to switch her attention to absolute tomfoolery and sticking up for another woman in music who has endured unbelievable hardship — Britney Spears.

It all kicked off when Federline questioned his ex-wife’s ability to parent children, and Minaj was quick to come in to bat for the pop sensation Spears whilst doing a livestream. Telling the audience exactly how she feels about Federline, she described the man as a “clown”.

“Do you understand what kind of a clown you have to be to be a whole, grown f–king man, and as soon as you see somebody happy and getting married and moving on and being free and feeling good in their own skin, to do the very thing that you know is going to attempt to break them down?”

Not content with just naming him a coward, she doubled down calling Federline a “coward” who is “using the person’s fame” as a “gotcha” moment.

Spears had only recently seen her freedom from her troubling conservatorship, and the freedom has come with a lot of support from the public and fellow celebrities. Federline questioning her parenting ability in public, however, is a controversial move considering how strongly Spears is supported.

Spears has recently re-married with the “himbo king” himself, Sam Asghari.