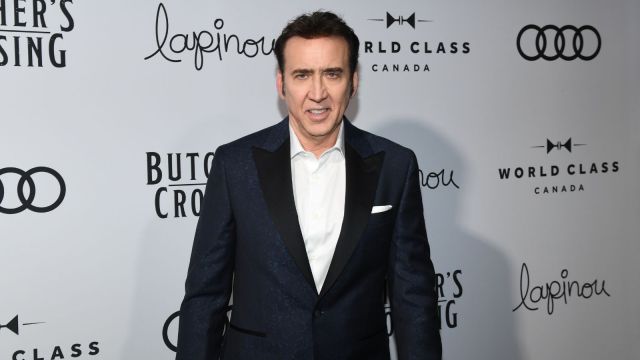 Nicolas Cage, the master of giving his all in otherwise-schlocky movies, is now set to star in a psychological thriller with a very eight-legged title.

The star of The Unbearable Weight of Massive Talent, Mandy, Con Air, and any movie which requires an intense lead will now call Longlegs a part of his filmography. The psychological thriller will see Cage star, with very little known about the picture other than its crew boasting some familiar talents.

Osgood Perkins will serve as both scribe and director for the film, with his previous credits including an episode of The Twilight Zone and the mostly-forgotten Gretel & Hansel from 2020. Perkins’ credits as a director have been nearly entirely in the subgenre of psychological thrillers, with the actor turning his talents to the other side of the camera since 2013.

La La Land’s producer Fred Berger, and Joker executive producer Jason Cloth are also reported by Deadline to be working as execs for the Cage-led film.

Longlegs as a title feels a very spider-sounding movie, but with the very limited information available it could be absolutely anything. The last major movie to heavily feature spiders in horror was 1990’s Arachnophobia, which is still seen as a gateway horror film.

Arachnophobia is reported to have had a remake in the works as of June 2022, so it’s curious timing Longlegs has been announced but is likely a coincidence. Regardless, Cage seems the perfect fit to helm such an ominous and potentially ridiculous movie. It’s been a Cage renaissance over the last few years, with it set to continue with Longlegs.

No release window has been confirmed yet for Longlegs.