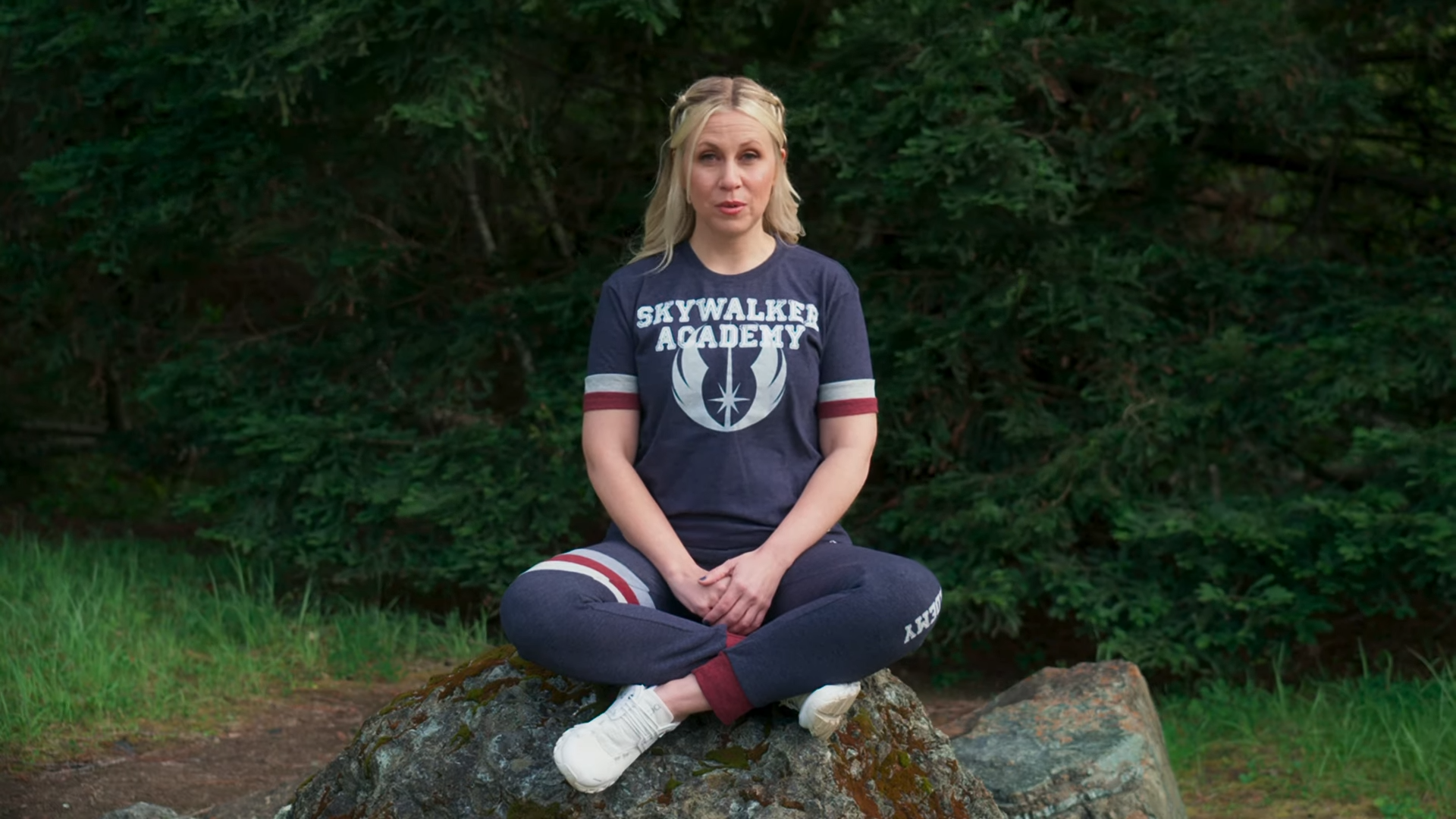 As Eckstein told ComicBook.com, this has been a passion project of hers for five years. Along with describing the genesis of the series, she explained how connecting mindfulness exercises to the sci-fi franchise boosts motivation:

“I very regularly do breathing exercises with kids, but instead of just doing a regular old breathing exercise, I tell them to take in a deep breath and exhale, and then I say, ‘I am one with the Force and the Force is with me.’ And they’ve seen their favorite characters in Star Wars do that too, so they can learn to connect with their breath, just like Ahsoka Tano does, or just like Chirrut Îmwe does in Rogue One, and they feel a connection.

These exercises were definitely inspired by a need, and the question that fans would ask me, but also it comes from a personal point of view because I find it’s so much more exciting to do exercises like these when I feel like I’m training to be a Jedi. Sometimes I need extra motivation as well, and I get myself extra motivated if I feel like I’m doing Jedi training or if I am pretending to be a Wookie. So, I’ve always found myself relating exercises to my favorite characters.”

Two videos, titled “Feel The Force” and “Breathe, Just Breathe,” were released on May 4, otherwise known as “Star Wars Day.” More videos will drop throughout May, AKA Mental Health Awareness Month.