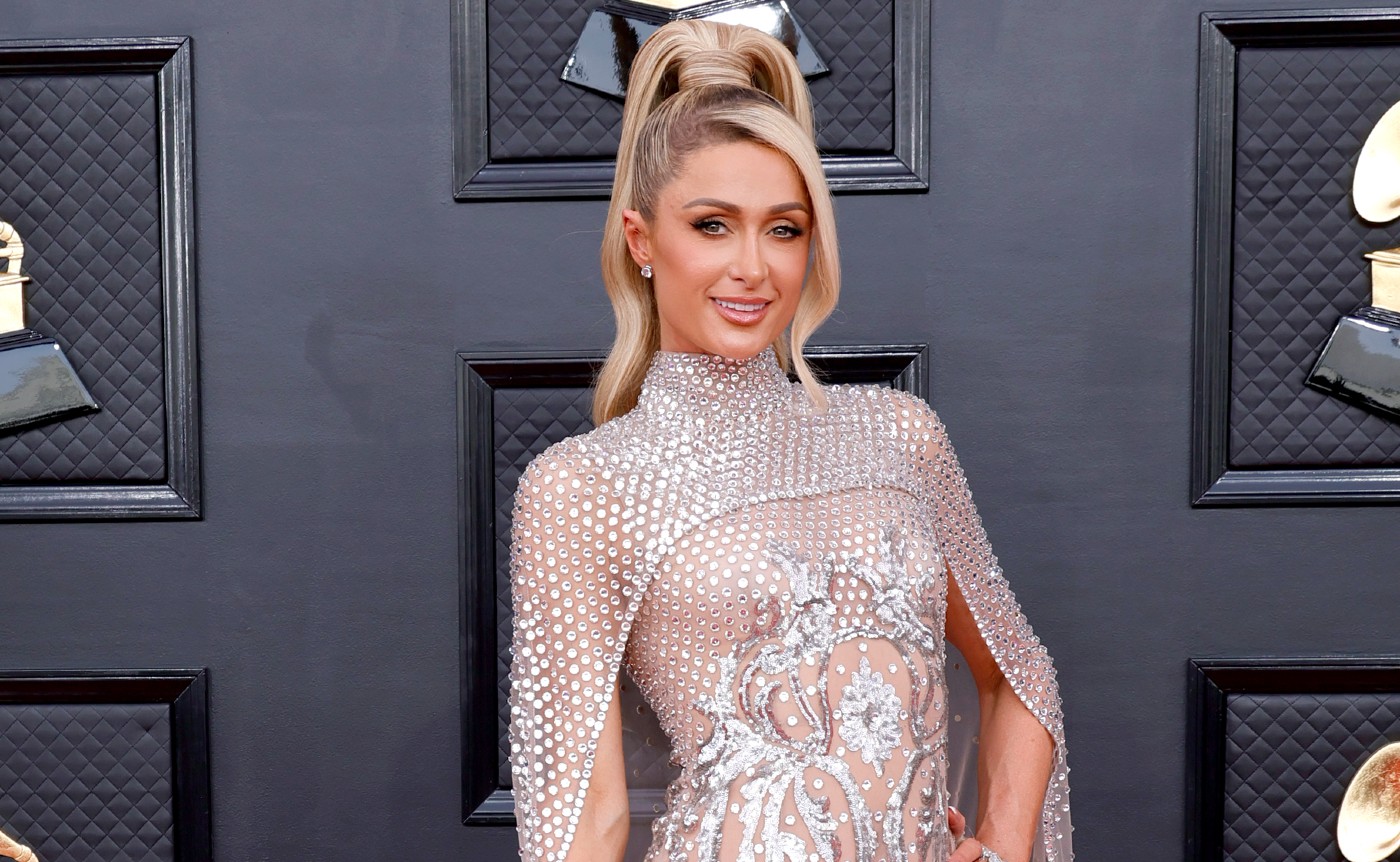 Socialite and DJ Paris Hilton rocked one of the most exciting looks at the 2022 Grammy Awards.

Hilton stunned on the red carpet in a sheer gown and cape with strategically placed metallic details. The dress was a cleverly designed trompe l’oeil that gave the illusion that Hilton was nearly nude. The show-stopping masterpiece was the creation of Atelier Zuhra, a Dubai-based couturier who has created looks for the star in the past.

Hilton told Access Hollywood why she chose the gown:

“We were going for ‘Queen of the Metaverse’ vibes and I thought this fit it perfectly. I love Atelier Zuhra.”

The Paris in Love star arrived at the MGM Grand Garden Arena in Las Vegas on Sunday with her new husband, entrepreneur Carter Reum. She wore massive diamond studs to embellish her look for the event. Hilton also sported a simple french manicure and a pair of fingerless gloves that matched her glittering outfit.

Her gigantic emerald-cut engagement ring was on full display. Per People, the ring is called The Paris and was specially designed for the heiress by Reum and French jeweler Jean Dousset. Her blonde tresses were pulled away from her face into a chic high ponytail, showing off shimmering bronze eyeshadow, winged black eyeliner, and a lustrous neutral lip.

Bursting with pride over his glamorous wife, Reum couldn’t resist kissing Hilton’s forehead on the red carpet. The couple have been married since November 2021 and are looking forward to starting a family soon.

Speaking of her marriage Hilton said:

“I’m so happy. I love being married. We’re just having the most wonderful time. Now we’re just getting ready for the next steps in our life.”

Though Hilton was not nominated for an award at Sunday’s ceremony, she was in town for a DJ-ing gig at Olivia Rodrigo’s afterparty.