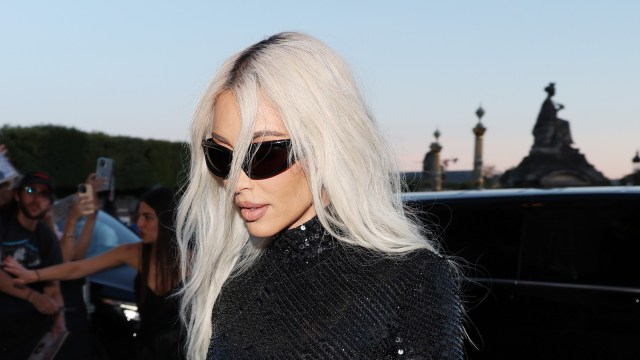 Most people do not continue to get work after publicly exposing themselves, but Kim Kardashian beat the odds. The socialite and businesswoman has spent the better part of the past two decades on vapid reality television, voiced a poodle in the Paw Patrol franchise, and may make Marvel her next media frontier.

The 41-year-old commented on her career in Interview earlier today. In the wide-ranging interview, Kardashian says acting, for her, is rooted in having fun. Though she is not aggressively seeking anything out and what comes her will happen if it’s meant to be.

“Would I act? I would if something fun came about. Maybe a Marvel movie, that would be so fun to do. I’m not actively looking, but I think things just come when they’re supposed to.”

Later in the report, Kardashian heaps praise on former partner Pete Davidson who she recently parted ways with after a brief romantic relationship that began after her well-received stint hosting Saturday Night Live.

She has appeared chiefly as herself, though she was Summa Eve in Deep in the Valley, Lisa in Disaster Movie, and Ava in Temptation: Confessions of a Marriage Counsellor. On television, she has been in Beyond the Break, Drop Dead Diva, and American Dad! as Qurchhhh in 2014. She has also appeared in several music videos. Kardashian has no acting projects set up as of this story’s filing.

Season two of The Kardashians premieres Sept. 22 on Hulu.