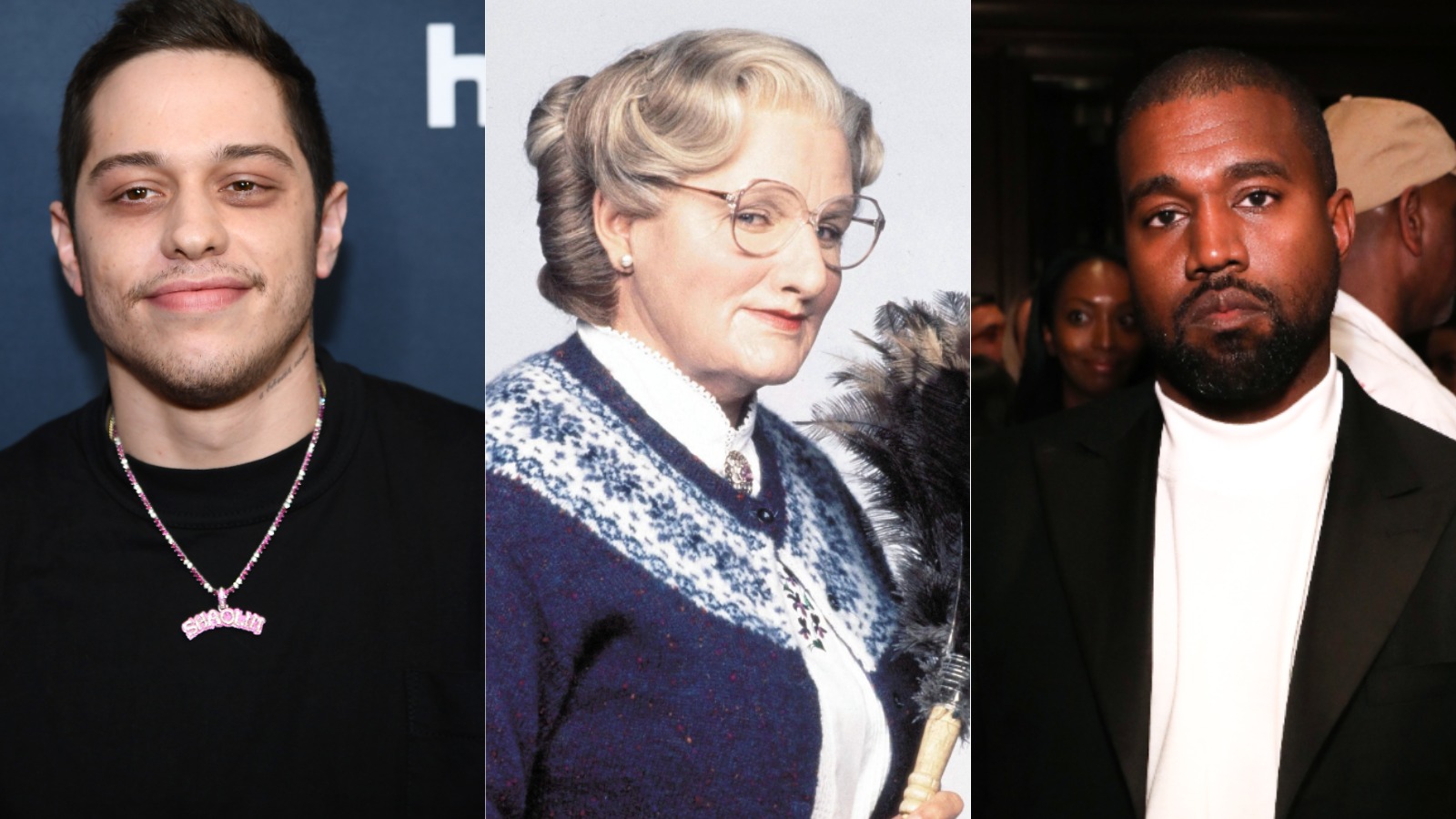 Pete Davidson has added an unlikely figure into his already smoldering Kanye West feud, with the beloved Mrs. Doubtfire now involved in the fray.

In Mrs. Doubtfire, Robin Williams plays a divorced father who disguises himself as the titular nanny to remain with his family. Variety reported that Davidson made the comparison at the Netflix Is A Joke comedy festival, saying, “Am I the only one who secretly hopes Kanye will go full Mrs. Doubtfire?”

So far, West’s Mrs. Doubtfire-style antics include sending a truckload of flowers to Kardashian’s home and making desperate pleas to her on Instagram while using photos and videos of their children as guilt-bait. Some of the hijinks have been darker than Doubtfire’s, though, especially toward Davidson.

West has derided the comedian on Instagram and in previously-private text messages, which were shared by Davidson’s friend and fellow comic Dave Sirus. In defense of Yeezy, Davidson started the text exchange and didn’t pull his punches. When West asked where he was, Davidson replied, “In bed with your wife.”

The beef between Davidson and West began shortly after Davidson and Kardashian coupled. West and Kardashian weren’t legally divorced yet, and the rapper made his frustration known in the song “Eazy” and its accompanying music video. When West raps that he wants to “beat Pete Davidson’s ass,” a claymation Davidson is shown getting kidnapped and tortured.

When you consider all of that, Davidson’s joke about a 1993 family movie looks tame in comparison.