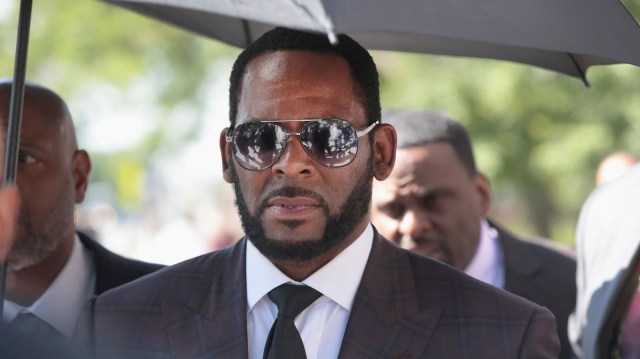 R. Kelly may have been sentenced to 30 years behind bars for racketeering, coercion, bribery, and sex trafficking, but the drama hasn’t slowed down. His fiancée Joycelyn Savage claims to be “very excited” that she’s five months pregnant with Kelly’s baby girl and has sent ET a sonogram confirming the news.

But with this news comes yet more controversy. Kelly’s lawyer Jennifer Bonjean has authoritatively said:

Given that Kelly has been incarcerated for over a year and there’s no indication he’s allowed conjugal visits it would seem unlikely that Savage would have an opportunity to become pregnant. However, Savage explains that she and Kelly began IVF treatment prior to him going to jail. As she explained to ET:

“When he got sent to prison, we paused on it and I had them freeze my eggs until I was ready. Once his lawyer did find out, she wanted me to have an abortion because she didn’t feel that now was the time for me to have a child following the 30-year sentence. Me and Robert wanted to have a child for a long time.

He is very happy about it, his lawyer isn’t. Once I told her I was keeping my baby, she didn’t want me to announce but I wanted to share the news. I’ve always been there for him even before this new lawyer came into the picture.”

Unpicking what’s really going on here is going to be tricky. The most uncharitable read is that, as Kelly’s lawyer insists, Savage is not pregnant and merely trying to drum up publicity for her book. Another alternative is that Savage is indeed pregnant, with the reason Bonjean is so unhappy about the situation is that a prosecutor being able to prove Kelly and Savage had sexual contact while he’s incarcerated would dramatically hurt his chances of a successful appeal.

Savage is now 26 and met Kelly when she was 19 and laid her feelings for him:

“We have a very special connection and are deeply in love. Robert is not the monster that the government has described him to be. The Robert I know is very sweet, gentle, and kind.”

We strongly suspect there’s more drama to come in this case. For his part, Kelly continues to deny all the accusations and will appeal his sentence.