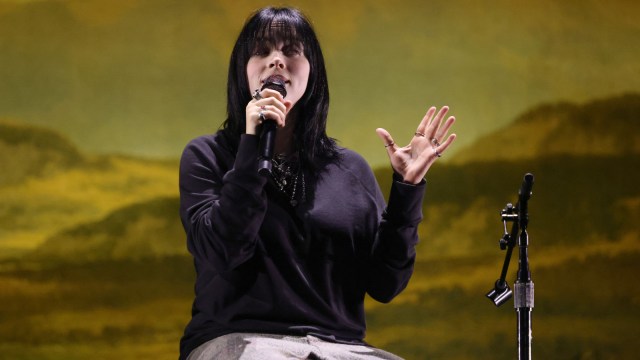 When you think of celebrities being grouped together for one reason or the other, Rainn Wilson and Billie Eilish are probably not the first ones that come to mind. Dig a little deeper though and the truth becomes a little more clear.

Turns out Eilish is a huge fan of the American version of the hit aughts show The Office. She’s actually such a fan that she calls herself obsessed and she even sampled some Steve Carell playing Michael Scott on her first album.

Because of her love of the show, Billboard asked Wilson, who plays fan-favorite Dwight Schrute on the office comedy, to surprise Eilish at her home and quiz her on the show. He also got her to reveal one of the more hilarious things a celebrity has admitted ever. But first, here’s the video.

He also asks the singer if she watches the show on the TV in the living room, to which she replies that no, she watches it on her phone… a lot.

Wait a second. So she watches on her phone? Yup, and not just when she’s not doing anything. She reveals that she likes to watch right when she gets up, and while she bathes and brushes her teeth as well.

Where else? While taking a dump, of course. When Wilson hears this revelation, he says “You’re pooping and you’re watching me.” She answers: “Taking dumps, watching you.”

So there you have it. Billie Eilish likes to poop and watch The Office at the same time.