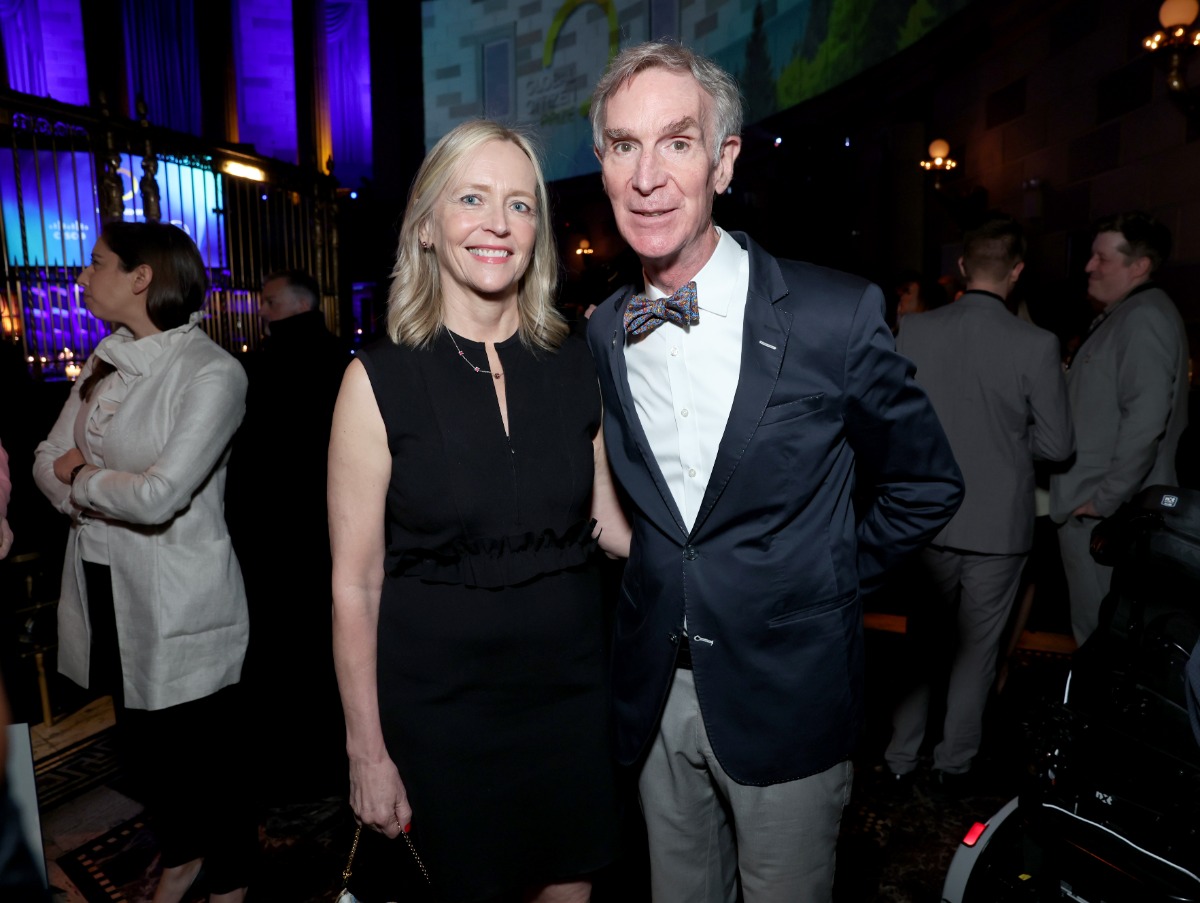 The couple reportedly bonded through a mutual admiration of telling stories and learning, according to People. Mundy, 61, used to work for the Washington Post and she talked about Nye’s mother Jacqueline Jenkins-Nye in her New York Times best-selling book Code Girls: The Untold Story of the American Women Code Breakers of World War II.

Nye found out about the book and sent Mundy an email, and things blossomed from there, as the chemistry was apparently right, and Nye knows a thing or two about chemical reactions. Character actor Robert Picardo, who’s appeared in Star Trek: Voyager and Stargate SG-1, officiated the ceremony, which took place in the Castle Building’s Haupt Garden at the Smithsonian.

The couple’s vows, one source said, were “moving and comical.” Nye wore a black suit with cufflinks that were his father’s, and Mundy sparkled in a sleeveless satin gown. Wedding attendees included Mundy’s daughter, Nye’s brother Darby, and an old school chum.

The couple’s first dance was unfortunately not to “She Blinded Me With Science” (missed opportunity for sure), but to the lovely “What a Wonderful World” sung by the legendary Sam Cooke. Because it’s Bill Nye, historic White House photographer Pete Souza was there documenting the event. He posted a photo of the happy couple on his Instagram page.

Things are going pretty well for Nye lately, as he has a new show coming out on Peacock TV called The End is Nye. Here’s the synopsis, courtesy of Hypebeast.

“THE END IS NYE sends Bill Nye into the most epic global disasters imaginable –- both natural and unnatural -– and then demystifies them using science to show how we can survive, mitigate, and even prevent them.”

The End is Nye premieres on August 25.