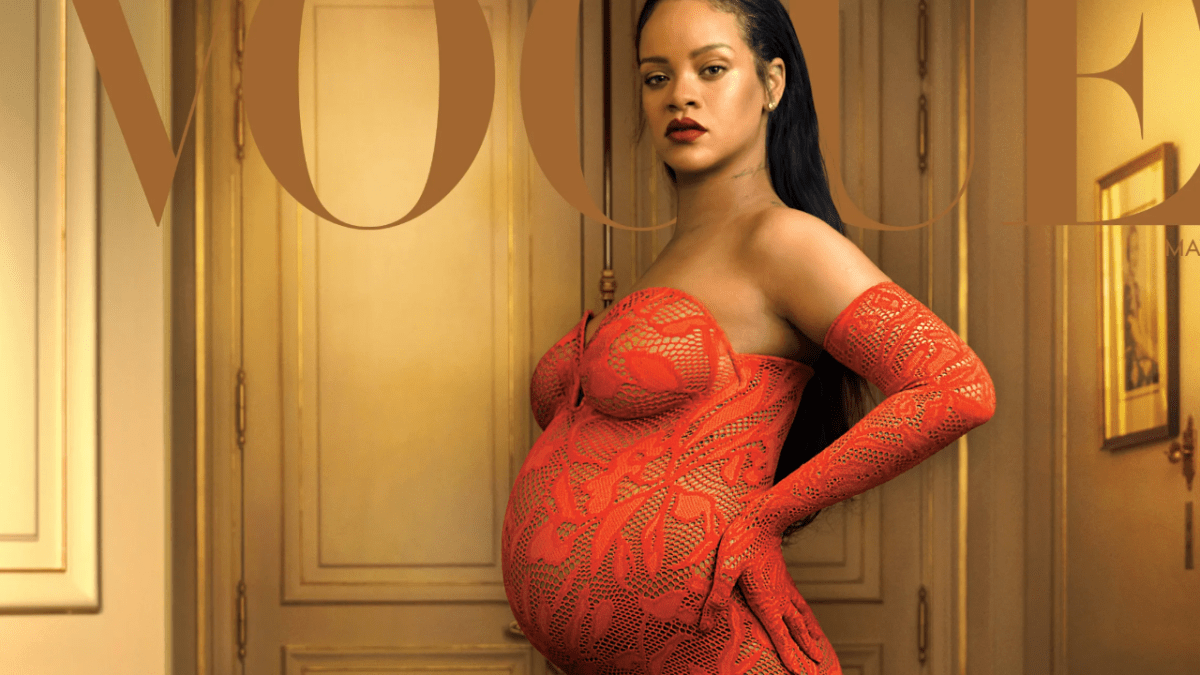 Rihanna is finally letting fans catch a glimpse of her brand new baby. The musician and fashion mogul welcomed her first son with ASAP Rocky back in May of this year, and the couple has understandably kept information about their bundle of joy private. In a new TikTok video, Rihanna’s first on the app, the singer is showing off her adorable son and fans think he’s the spitting image of his mother.

In the cute 45-second video, jokingly captioned “hacked,” the couple’s son is shown smiling and cooing at the camera while in a car seat. Rihanna can be heard in the background laughing and asking her son, whose name has yet to be released to the public, “you trying to get Mommy’s phone?” as he tries repeatedly to do just that. The video continues for a bit longer, showing the happy baby sitting in his car seat with a cozy blanket as the car travels throughout Los Angeles.

The new mother is clearly enamored with her son, as she shows him cutely yawning and continuously trying to consume his mom’s phone. As this is the is the first TikTok video Rihanna’s ever posted, we can’t say for certain what her usual content will be but we hope to see more family videos from the singer!

In addition to the cute clip, Rihanna and ASAP Rocky shared exclusive photos of their new son through Hollywood Unlocked on Instagram. The new photos are just as candid and low-key as the TikTok clip, and fans immediately noticed how much the baby looks like his mom; the most-liked comment the post from user @jaybling says “Looks just like RIHANNA WOW!”

Fans took to Twitter to express their excitement about the new baby pics and video and to congratulate the young mother.

Many fans noticed how much the baby resembles Rihanna and quickly began comparing the singer and her son’s expressions.

There were also forehead comparisons.

Of course, because this is the internet, her son also is being used as a meme.

There’s nearly endless ways to use this meme.

When asked why the couple hadn’t shared any pictures of their son last month, Rihanna told The Washington Post, “We just didn’t get around to it yet really,” but acknowledged “there’s a certain freedom that comes with kind of just, like, getting it out there.” Of course, the public isn’t entitled to photos and videos of the musicians’ son and we’re grateful Rihanna can happily share these moments of motherhood with us. The internet can be a ruthless place but we’re glad the reaction to the music couple’s son is so wholesome. Hopefully, Rihanna can continue to share more cute clips of her doppelgänger son on her social media in the future.