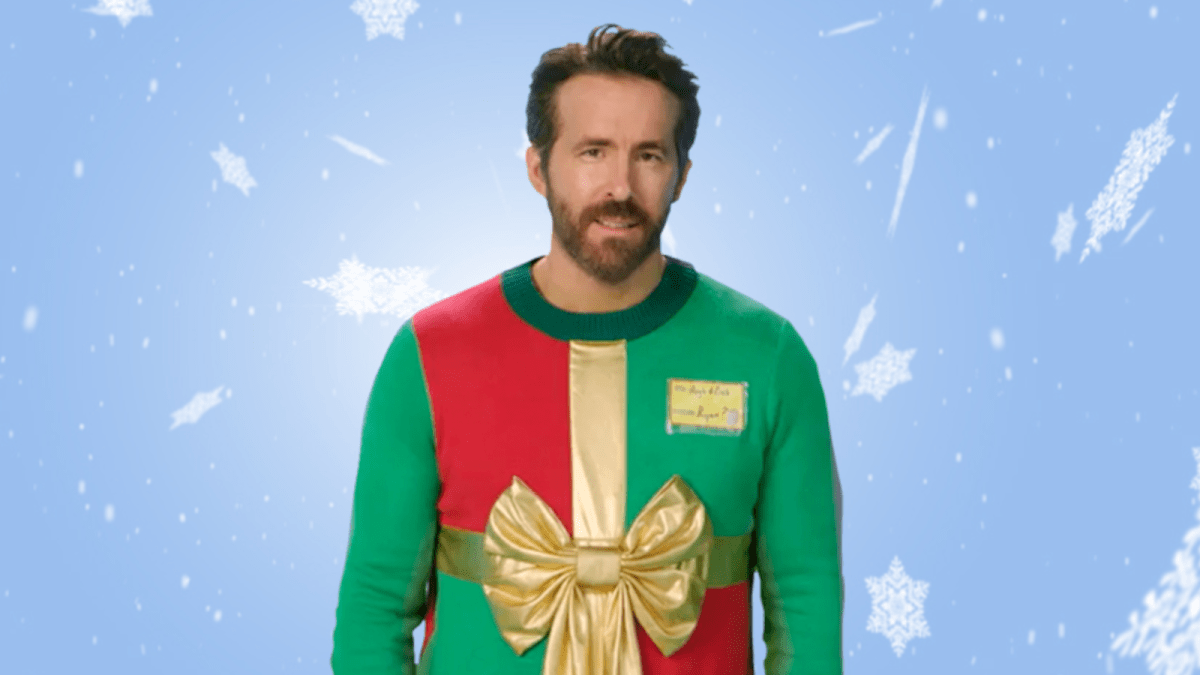 To say the least, Seth Rogen is tired of Ryan Reynolds and his self-deprecating style of humor in everything he does. Even when trying to raise funds for the SickKids Foundation, the Deadpool actor can’t seem to shake the deadpan and the Vancouver comedian has had enough.

In a recent video where Ryan Reynolds stars as the celebrity reaching out for donations to support The Hospital for Sick Children, Seth Rogen interrupts in a most unexpected way. It might take a moment to realize it’s him, but it is in fact the Rogen and he has a lot to say.

Of course, this isn’t the first time the ugly sweater has made an appearance. It first starred in a photo where Hugh Jackman and Jake Gyllenhaal had pranked Reynolds to be the only one to wear an ugly sweater to their Christmas party a few years ago.

Everyone knows that Seth Rogen has some good stash and he even devotes some time out of his day every once in a while to teach amateurs how to masterfully roll a blunt on YouTube. It might do some good if Reynolds partook with Rogen and maybe that would solve the problem of an overabundance of his emotionless humor that he seems to do so well. Of course, one fan makes a joke about him backing off the stuff instead if he hears his sweater talking to him.

The ugly sweater has been on tour as fans have seen Reynolds wear it quite a few times. It’s just that now there is a talking bow that has come to life. Does Rogen have to follow Reynolds around everywhere he goes to make this gimmick stick? Or will Reynolds go back to the same old way of doing things and tell his expressionless jokes that are driving Rogen so nuts?

Always remember that it’s for a good cause whether the ugly sweater becomes too nerve-wracking or Reynolds’ sense of humor is too impassive to stand anymore. SickKids helps children and there are many testimonials to confirm that it is one of the places in this world that is actually doing good.

Now the sweater is an inspiration to many to give to a charity that helps so many kids. Get used to seeing it because it works and get used to Reynolds’ brand of humor because, despite Rogen’s annoyance, it’s working too.

Of course, Seth Rogen is as much to praise for this donation drive as Ryan Reynolds. They both deserve accolades for taking their time to bring awareness to such a good cause. Please consider giving! This may be the time of year that inspires a giving spirit, but charities like SickKids can use donations year around.