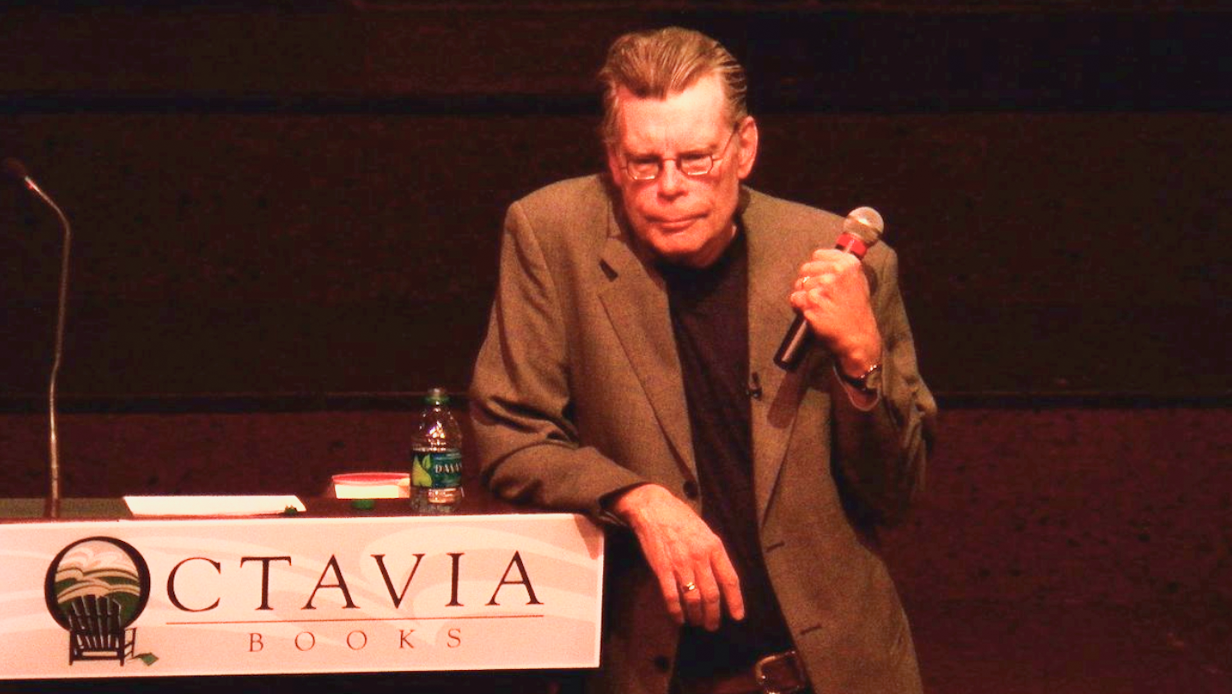 Master horror and fantasy writer Stephen King has proven that his new book Fairy Tale is no fairy tale.

On Monday, King responded to a photo tweeted by Bev Vincent showing the cover of an advance copy of his newest dark fantasy novel. Vincent, being the author of such works as The Dark Tower Companion and The Stephen King Illustrated Companion, is a reliable source when it comes to King products, but no one is more reliable than King himself.

Fortunately, King replied with “Hope you like it,” proving that the photo is authentic and that fans will be able to get their hands on their own copies shortly.

Fans of the author responded with pure joy.

The 608-page book from Scribner is about “a seventeen-year-old boy who inherits the keys to a parallel world where good and evil are at war, and the stakes could not be higher—for that world or ours.”

It will be King’s 65th published novel and second of the year. The first, Gwendy’s Final Task, was co-written with Richard Chizmar, so Fairy Tale will be King’s first solo novel since 2021. On its origins, King wrote:

“As if my imagination had been waiting for the question to be asked, I saw a vast deserted city—deserted but alive. I saw the empty streets, the haunted buildings, a gargoyle head lying overturned in the street. I saw smashed statues (of what I didn’t know, but I eventually found out). I saw a huge, sprawling palace with glass towers so high their tips pierced the clouds. Those images released the story I wanted to tell.”

Expect to find Fairy Tale in digital and physical stores on Sept. 6.