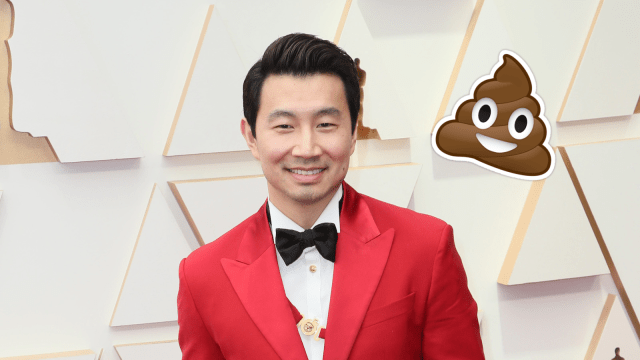 Simu Liu was named one of Canada’s hottest bachelors despite pooping his pants a lot when he was a kid.

The Shang-Chi and Barbie actor disclosed this hilarious juxtaposition in an interview with Chelsea Handler, who was filling in for Jimmy Kimmel on his eponymous talk show. After praising his book, We Were Dreamers: An Immigrant Superhero Origin Story, Handler mentioned that on page 14 he recounts being honored as one of Toronto’s hottest bachelors (“Canada’s hottest bachelors 2018,” he corrected).

“How did that make you feel?” she asked.

“Pretty good, yeah. The way I introduce it in the book is that I admit to the reader, basically to the world, that I used to poop my pants quite frequently when I was a kid. And so to help dull the blow of that, I said, ‘Would now be a good time to introduce you to the fact that I was one of Canada’s hottest bachelors,’ just to be like, look where he’s come!”

In addition to being named one of HELLO! Canada‘s hottest bachelors (Liu said it was in 2018, but records show 2017, although it could have been both), he was chosen by HELLO! as one of Canada’s most beautiful people in 2018. Three years later, Liu’s fantastic physique graced the cover of Men’s Health magazine.

For more sexy scoops about Liu, read past issues of HELLO! Canada and Men’s Health. For the poop scoop, read his memoir We Were Dreamers, which can be found in digital bookstores and whatever’s left of physical ones.