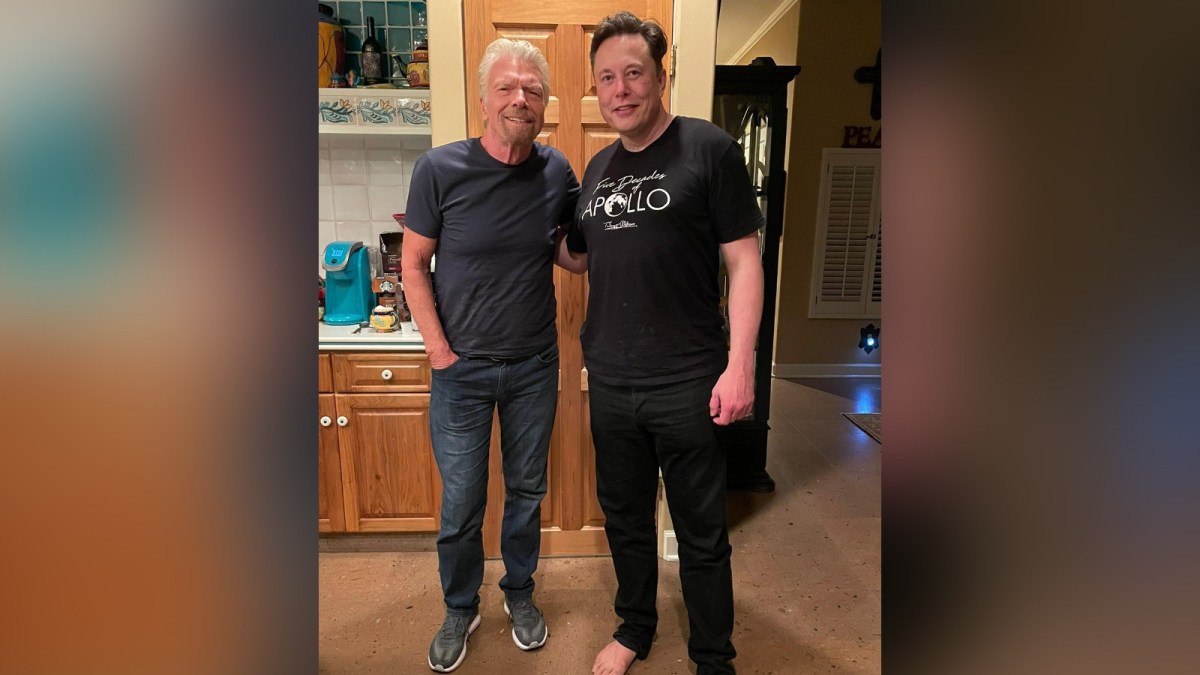 In a bizarre story only a few people in our world would understand, Richard Branson tells about the time Elon Musk visited him barefoot at two in the morning with his son by his side. It wasn’t just a normal day though. It was a very important day that had a rocket launch on its schedule.

It appears that with the one-percenters among us, just going into someone else’s house in New Mexico and hanging out in their kitchen is normal. At least, that’s the kind of friendship Richard Branson and Elon Musk have. Talking to Business Insider Branson says, “Basically, he’s a night animal. He doesn’t really sleep at night and gets his sleep in the daytime. We made a pot of tea and sat outside under the stars and caught up.”

What was so special about that day?

The Virgin Galactic founder was scheduled to be the mission specialist aboard their first launch into space. He wanted to test the customer experience for future passengers who would one day take the same flight. When he woke up around two in the morning, he realized that he had woken up a few hours too soon but was already awake. There in his kitchen, he found the barefoot Elon Musk who had come to surprise him and introduce his son to the Virgin billionaire.

Richard Branson has a home in New Mexico that makes transportation to Virgin’s Spaceport America convenient. One day, Elon Musk might just join Branson on a flight into space, but he has his hands full at the time with his own Space X launches, Tesla electric car innovations, and Twitter management.