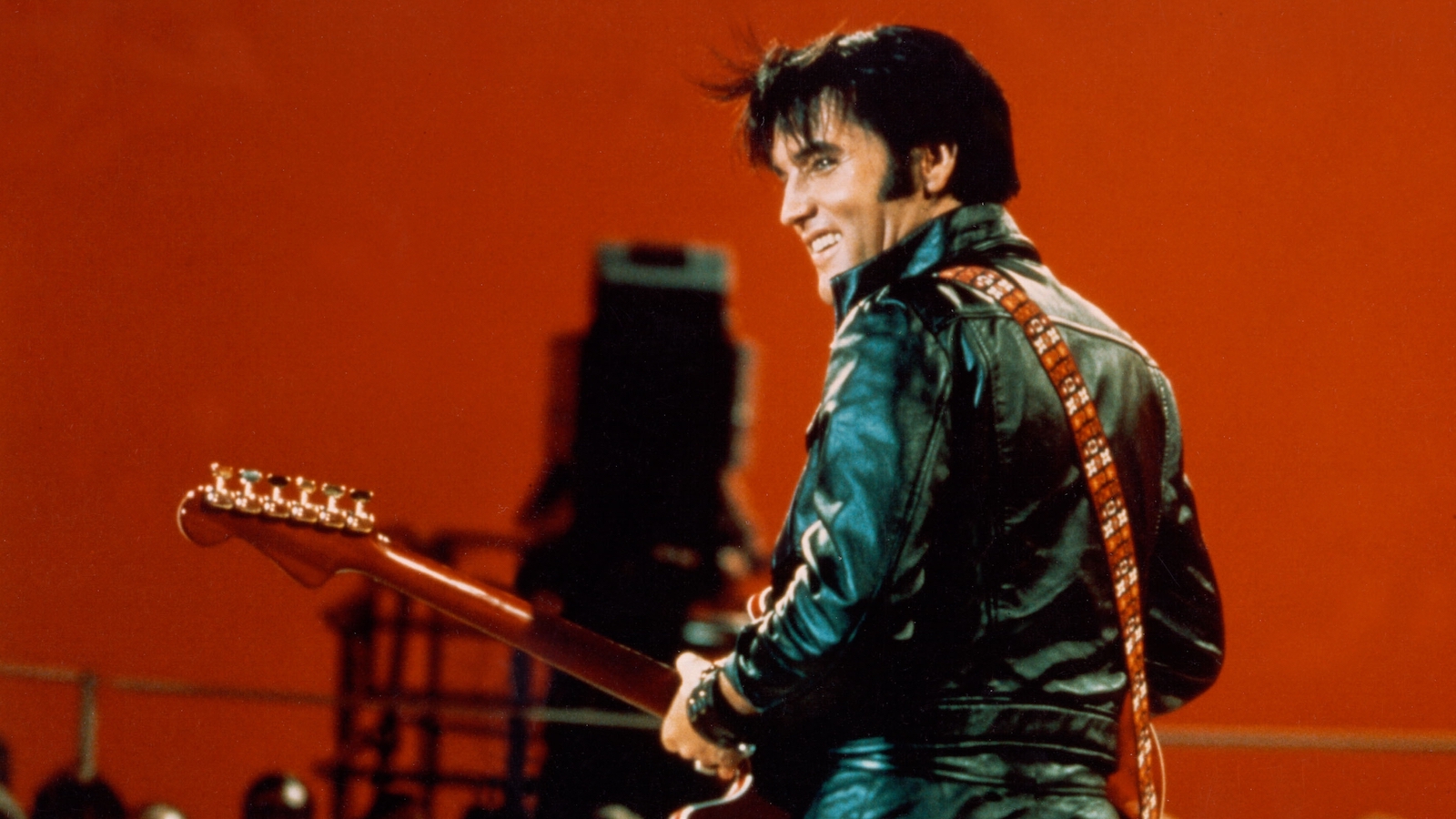 Possessing mastery over one medium of art is a virtue of the fortunate few. And even fewer are skilled in multiple areas of the arts, such as acting and singing.

The following list is a compilation of performers who will be honored for decades, even centuries, for their contributions as singers and actors. The collection includes a comedian in a metal band, former Disney stars prospering in new roles, and even Rock n’ Roll Hall of Fame inductees. Check out those individuals in this list of the 10 best actors who are also vocalists.

Jack Black has risen to fame as a comedian due to his high-energy theatrics, goofy antics, and skillful comedic timing.

Black started on his path to fame while attending the University of California, Los Angeles. He participated in The Actors Gang, an acting troupe founded by actor Tim Robbins. Black’s debut film Bob Roberts (1992), in collaboration with Robbins, broke him into the film industry. Following this, he went on to make movies, including School of Rock (2003), Nacho Libre (2006), and Tropic Thunder (2008). He then starred in the box office success Jumanji: Welcome to the Jungle (2017).

In addition to being hilarious, Black is also musically talented. In 1994, he formed the band Tenacious D with fellow actor Kyle Gass. They released their self-titled debut album in 2001 and created more albums, including The Pick of Destiny (2006) and Rize of the Fenix (2012), the former was made into a film and the latter was nominated for a Grammy in 2013.

Black’s acting and humorous music perfectly embody his animated personality and justify his status as a brilliant comedian.

Ashley Tisdale has an impressive acting and singing portfolio. After appearing in over 100 television advertisements as a child, she landed roles in two Disney Channel shows – The Suite Life of Zack and Cody and Phineas and Ferb. However, her role as Sharpay Evans in the High School Musical series catapulted her to fame.

Tisdale has proven her versatility in her acting, music, and voice acting careers and has shown artistic prowess since childhood.

Jennifer Lopez, or J-Lo, was talented from the get-go and began taking music and dancing lessons at a young age. In 1990, she became a flygirl on Fox’s comedy In Living Color. She then danced for the notable singer Janet Jackson and starred in well-loved movies such as Selena (1997) and Hustlers (2019).

Lopez simultaneously launched her music career with her debut studio album, On The 6, released in 1999. After replacing Ellen DeGeneres on the ABC series American Idol, her career continued to flourish.

Nick Jonas was discovered at a salon as his mother was getting her hair done. He began his career on Broadway and played Tiny Tim in A Christmas Carol. In 2004, Jonas signed as a solo artist with Columbia Records. His brothers, Joe and Kevin Jonas, co-wrote songs with him, eventually leading to the formation of the Jonas Brothers in 2005.

The brothers signed on to Disney’s Hollywood Records and became an instant hit. Their self-titled album, released in 2007, went double platinum. They also starred in the Disney show Jonas and the Camp Rock movies. However, in 2013 the Jonas Brothers announced their split, leaving fans heartbroken. Nick Jonas then went on to start his solo career.

His single “Jealous” (2014) rocked the music world, and his appearance in the movie Jumanji: Welcome to the Jungle (2017) made him a household name.

In 2019, the Jonas Brothers announced their return with the song “Sucker.” Fans were thrilled by the steamy music video in which each of the brothers’ significant others appeared. It was a seamless transition from being teenagers on the Disney Channel to adult musicians.

Jared Leto pursued acting at the School of Visual Arts in New York City. In 1994, he was cast on the show My So-Called Life and collaborated with the producers to create the soundtrack. They were so impressed that they kept him as a regular on the show.

He appeared in films such as Urban Legend (1998) and The Thin Red Line (1998), the latter earning him seven Oscar nominations. He then went on to have roles in the acclaimed films Fight Club (1999) and American Psycho (2000).

In 1998, Leto formed the band 30 Seconds to Mars with his brother Shannon Leto. Their first self-titled album received limited success in 2002, but their later albums garnered far more acclaim.

After five years, Leto returned to acting in the 2013 drama film Dallas Buyers Club. Known for his method acting, Leto committed to his role as a drug-addicted transgender woman with AIDS by shaving his eyebrows, waxing his entire body, and losing 30 pounds. The film went on to win him multiple awards.

Selena Gomez was named after the singer Selena Quintanilla Pérez, and she’s lived up to her name. After a recurring role in Barney and Friends and guest appearances on The Suite Life of Zach and Cody, she had her break in the Disney show Wizards of Waverly Place. After this, she departed from her family-friendly style with roles in movies such as Spring Breakers (2012) and Neighbors 2: Sorority Rising (2016).

Initially the frontwoman of Selena Gomez and the Scene, she went on to have a lucrative solo career with hits such as “The Heart Wants What it Wants” (2014) and “Lose You to Love Me” (2020).

Gomez is known for her philanthropic work and garnered the appointment of goodwill ambassador by the United Nations International Children’s Emergency Fund. She’s currently starring in the Hulu comedy/mystery series Only Murders in the Building.

Ice Cube is one of the most significant musicians in the hip-hop industry. After selling his first song titled “The Boyz-in-the-Hood” to Ruthless Records, he became part of the rap group N.W.A. with Eazy-E, Dr. Dre, and Arabian Prince. Their album Straight Outta Compton, while controversial, sold well and was praised by critics. In 1989, Ice Cube left N.W.A. due to a dispute. He then went on to have a successful solo career.

He later acted in films such as Boyz n the Hood (1991) and 21 Jumpstreet (2012), and had writing credits for multiple movies. He also co-produced the successful N.W.A. biopic Straight Outta Compton (2015), in which Ice Cube’s son, O’Shea Jackson, portrayed a young Ice Cube.

Another artist with talent running in the family is Miley Cyrus, the daughter of country singer Billy Ray Cyrus. Initially, her father was hesitant to let her pursue show business, but when she landed the coveted role in the Disney Channel show Hannah Montana, she quickly became famous. As Hannah Montana, she released music, went on tours, and starred in movies.

In 2013, Cyrus released her album Bangerz (2013), which transitioned her away from her Disney persona. The album had a hip-hop influence and included hit songs such as “We Can’t Stop” and “Wrecking Ball”. Following this, she released the album Plastic Hearts (2020), influenced by the rock genre.

Her versatility as an artist is impressive, and she’ll be an icon for decades to come.

Gaga studied music at the Tisch School of The Arts at New York University. She later left the school to manage her career, transition to her persona as Lady Gaga, and be signed by singer Akon and Interscope Records.

However, she hasn’t just received awards for her music. She also received a Golden Globe for her work in American Horror Story: Hotel (2015 to 2016) and an Oscar nomination for her role in A Star is Born (2018). She also recently starred in the drama House of Gucci (2021).

She was named one of Forbes’ Most Influential Women in 2011, a much-deserved title considering her massive, devoted fan base.

There’s no way that The King of Rock ‘n’ Roll could be omitted from this list.

Elvis Presley cut his first record at what was later known as Sun Studio, and the record label owner Sam Phillips decided to take the young performer under his wing. Before long, Presley was touring and recording.

Presley died on Aug. 16, 1977, at the age of 42, after a battle with a drug addiction, which devastated fans. He remains one of the world’s most popular music icons, and his induction into the Rock and Roll Hall of Fame in 1986 immortalized his musical talent.