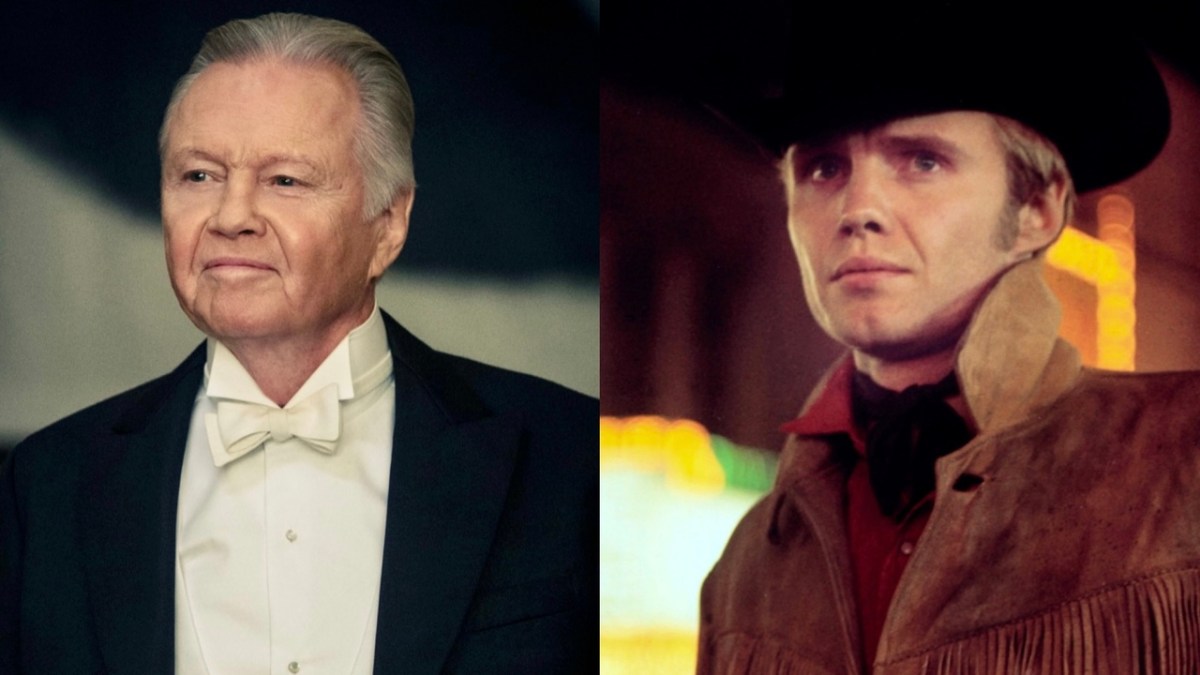 Jon Voight is a staple of the acting business. The Hollywood veteran has starred in about a hundred television shows and films, firmly establishing and distinguishing himself as one of the very best in the decades he’s been active. Interestingly, while Voight is famous for his phenomenal and moving acting performances, in certain circles, he’s even more renowned for being the father of one of the most popular television stars ever, Angelina Jolie.

His first major television gig came in 1967 when he starred in Fearless Frank, and his breakthrough followed two years after, playing Joe Buck, a naive male hustler in John Schlesinger’s drama film Midnight Cowboy. Voight’s performance in this classic earned him a Best Actor nomination at the Academy Awards.

After the deserved nomination, Voight would go on to star in numerous other noteworthy shows and films, earning many well-deserved accolades along the way. From the numerous appearances Voight has made over the long stretch of his career, here’s a list of his best movies and shows ranked, from least to best.

This 1967 fantasy comedy film directed by American screenwriter and director Philp Kaufman is most notable for being Voight’s film debut. In this film, Voight plays Frank, a naive country boy who gets murdered in Chicago but gets reanimated by a mad scientist called Alfred. Frank is reborn with superhuman powers and he turns to crime fighting and the numerous other adventures that come with it. Alongside Voight, other names like the late Monique van Vooren, Joan Darling, David Steinberg, Severn Darden, and Lou Gilbert appear in the movie.

One of several biographical performances that Voight took on in the 2000s, his most memorable remains the sports drama, Ali. Starring alongside Will Smith’s Ali as journalist Howard Cosell, Voight received widespread acclaim for his performance. While his role isn’t very prominent in the film, his Oscar nod for Best Supporting Actor was much deserving.

Glory Road is a 2006 sports drama that’s based on the true life events leading up to the 1966 NCAA University Division Basketball Championship. The film focuses on Don Haskins, a basketball coach at Texas Western College in El Paso who leads the first all-black starting line-up for a college basketball team to the NCAA national championship. It’s inspiring, nail-biting, and edge-of-your-seat stuff. Voight plays the legendary Adolph Rupp, the coach of the University of Kentucky at the time and the same team the Texas Western College Basketball defeats to win the championship.

This is another one of the sports dramas based on a true-life event that Voight has starred in. Here, he stars alongside names like Sean Astin, Nic Bishop, Caleb Castille, Sherri Shepherd, and others. This film was directed by the Erwin Brothers, Andrew and Jon, and focuses on Tony Nathan, a gifted high-school football player who must learn to embrace his talent and his faith as he battles racial tensions on and off the field. Voight plays Paul “Bear” Bryant, one of the greatest college football coaches of all time.

Holes is a 2003 neo-Western comedy-drama produced by Chicago Pacific Entertainment in association with Phoenix Pictures and directed by Andrew Davis. Holes revolves around Stanley “Caveman” Yelnats who was wrongfully convicted of stealing a pair of sneakers that were donated to charity and he was sent to a brutal desert detention camp where he joins the job of digging holes for some mysterious reason. Voight is Mr. Sir, one of the wardens in the juvenile detention camp. He’s hilarious and compelling in this comedy, showcasing his range as one of the most versatile actors out there.

Before Brad Pitt’s ambitious and exciting Bullet Train, there was Runaway Train, a fast-paced action thriller that features Voight as one of two brutish ex-convicts who stowaway on a train moving through Alaska. When the train’s driver suffers a heart attack, all the passengers are sent into disarray as the train speedily heads towards destruction. For his performance in this acclaimed film, Voight earned an Oscar nod for Best Actor.

If you’ve ever come across the phrase “squeal like a pig,” you’d have this 1972 thriller to thank (although the words were uttered in less-than-ideal circumstances in the film). Deliverance stars Voight as Ed Gentry, an Atlanta businessman who, along with his three friends, leaves the city for a getaway in rural Georgia. Unfortunately, the locals give them a hard time, and the harrowing rapids and mountain men quickly turn their refreshing trip into a fight to stay alive in a bizarre survival adventure.

For his role in this acclaimed romantic war drama, Voight won his first, and to date, only Academy Award for Best Actor. He plays Luke Martin, a paraplegic war veteran who begins a romantic relationship with a woman named Sally Hyde. The problem, however, is that her husband Bob is away at war, which results in a complicated love triangle. Jane Fonda also earned an Oscar for Best Actress for her role as Sally in Coming Home, which is considered one of the best war films of all time.

Ray Donovan is a Showtime crime drama created by Ann Biderman for Showtime. The show centers around the titular character played by Liev Schreiber, a fixer who helps his high-profile clients to facilitate bribes, payoffs, threats, crime scene clean-up, and other illegal activities. Voight plays Ray’s menacing father, Mickey, a gangster and ex-convict, who served 20 years in prison for a murder he did not commit. He reappears in Ray’s life and causes all sorts of trouble for him. Voight’s performance in this crime drama has earned him countless plaudits and awards like the Golden Globe for Best Supporting Actor in Series, Miniseries, or Television Film.

Just two years after his film debut, Voight secured his spot as one of his generation’s finest talents with this entry. Midnight Cowboy is a 1969 drama based on the 1965 novel of the same name. It’s the movie that brought Voight acclaim and attention as he excellently played Joe Buck, a young Texan dishwasher who quits his job to become a sex worker in New York. The story revolves around Joe and his relationship with his friend, Enrico “Ratso” Rizzo, a debilitated conman. The film was highly praised and received awards for Best Picture, Best Director, and Best Adapted Screenplay at the 42nd Academy awards. To date, it’s the only X-rated film to win an Oscar and is widely regarded as one of the best films of all time.