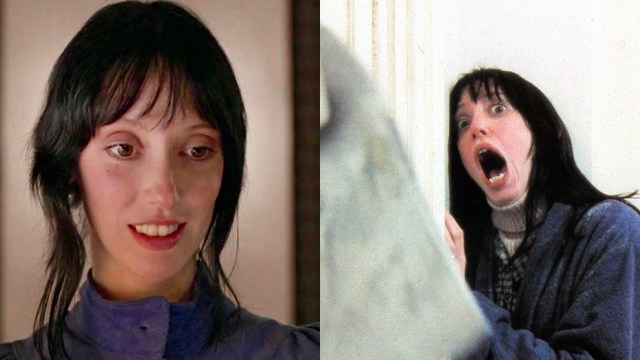 Shelley Duvall is an incredibly prolific actress, producer, and writer with a career that has spanned decades. She is best known for playing quirky and eccentric characters, but the talented veteran has shown time and time again that she can pull off the big dramatic roles required of her.

After 20 years of inactivity, Duvall is making a comeback to the big screen in writer-director Scott Goldberg’s upcoming indie horror film, The Forest Hills. In celebration of Duvall’s return to acting, here is a ranking of her best movies and television shows from her extensive career.

12. Buffalo Bill and the Indians, or Sitting Bull’s History Lesson

Buffalo Bill is a unique and iconic movie that takes the western genre and turns it on its own head. The movie sends a clear message about how American history is often false and fictionalized to make the heroes seem more heroic. It shows how Buffalo Bill tried to convince Sitting Bull to corroborate his false stories of the American West, but Sitting Bull refuses as he is morally upright and good. Duvall plays the President’s wife, Frances Cleveland, in a relatively minor role.

Based on the 1897 play, Cyrano de Bergerac, Roxanne is a sweet and quirky romantic comedy about a firefighter named C.D. and his comically long nose. He helps one of his co-workers woo the woman he is interested in, Roxanne, by writing letters to her. As C.D. continues to pretend to be his co-worker to impress Roxanne, she finds herself falling in love with C.D. instead, though she doesn’t realize it yet. Duvall plays Steve Martin’s supportive and slightly meddling god-sister who helps the couple get together in the end.

Brewster McCloud was the first of many projects directed by Robert Altman and starring Shelly Duvall. The black comedy follows a young introverted man who lives in the fallout shelter of the Houston Astrodome. He is trying to build a pair of wings for himself, Icarus-style. Duvall plays a seductive temptress named Suzanne who distracts Brewster from his goal and eventually sells him out to the cops.

Thieves Like Us is set during the Great Depression and follows a group of three men who travel around the southern states robbing banks. One of the thieves, Bowie, falls in love with a woman named Keechie, played by Duvall. Keechie is a sweet and naïve young woman, but Bowie’s profession puts a wrench in their relationship as he doesn’t want to stop stealing. Duvall’s solid portrayal of the character was perfect for the tragic tone of this crime drama.

Duvall’s part in Time Bandits probably only counts as a cameo, but the movie is so fun and beloved that it had to be on the list. The film follows a young boy who gets caught in a time-traveling adventure with a group of thieves who commit heists throughout history. Duvall plays a woman from the Middle Ages whom the bandits meet when they land in her time period. She only has a few lines in that scene, but seeing her play a shocked aristocrat was highly entertaining.

Shelly Duvall created Tall Tales and Legends as her second children’s anthology series, and she also starred as the host in each episode. The show adapted different folk tales and stories, specifically those of American descent. The show was praised by critics and nominated for a Primetime Emmy Award. It aired on Showtime and The Disney Channel.

McCabe and Mrs. Miller is a revisionist Western film starring Warren Beatty and Julie Christie and directed by Robert Altman. The movie is set in the Old West and follows a gambler and a prostitute who decide to open a brothel together as business partners. The movie was praised for its subversion of conventional tropes in western movies and was selected by the Library of Congress to be preserved in the U.S. National Film Registry.

Duvall only plays a small role in Annie Hall, but she was undoubtedly a scene stealer. The film follows a man named Alvy who is still in love with his ex, Annie Halll. A year after their breakup, he is trying to figure out what went wrong. Duvall plays a slightly neurotic woman with whom Alvy goes on a date while trying to figure out if he still wants to be with Annie. It is that disaster date that leads him back to Annie and Duvall committed to the role, playing up her character’s obsession with Bob Dylan and Mick Jagger.

Faerie Tale Theatre was Duvall’s first foray into children’s television, and the anthology series featured live-action retellings of popular fairy tales, especially those from Hans Christian Anderson, The Brothers Grimm, and other popular authors. Each episode put a spin on the stories and featured Duvall as host and narrator with celebrity guest performances in many roles.

Another collaboration between Duvall and Robert Altman, 3 Women is a complex and enthralling drama about identity, womanhood, and friendship. The movie was praised for its surrealist tone as well as its perfect blend of humor, satire, drama, and other genres. Duvall’s character, Mildred, is a loud and self-absorbed worker at a spa, and she and a co-worker named Pinky, played by Sissy Spacek, start an unlikely friendship that becomes the emotional core of the movie.

It is hard to pin Nashville down in one genre as the movie features elements of a musical, satirical comedy, drama, and more. Directed by Robert Altman, the movie is set in Nashville, Tennessee, and follows the lives of multiple people involved in the country and gospel music scene as they prepare for a gala concert for the President. Duvall plays a country music groupie named Martha, and her earnest devotion to the male singers is sure to put a fond smile on anyone’s face.

Duvall’s role in Stanley Kubrick’s The Shining is still regarded as one of her best performances. Duvall starred as a wife and mother in the chilling movie which followed a family who worked as caretakers of a hotel and are the victims of dark influences. Her son begins to have psychic experiences while her husband is slowly losing his mind to homicidal insanity. The Shining is often hailed as one of the best horror movies of all time and is a classic, not only in the genre, but in film.