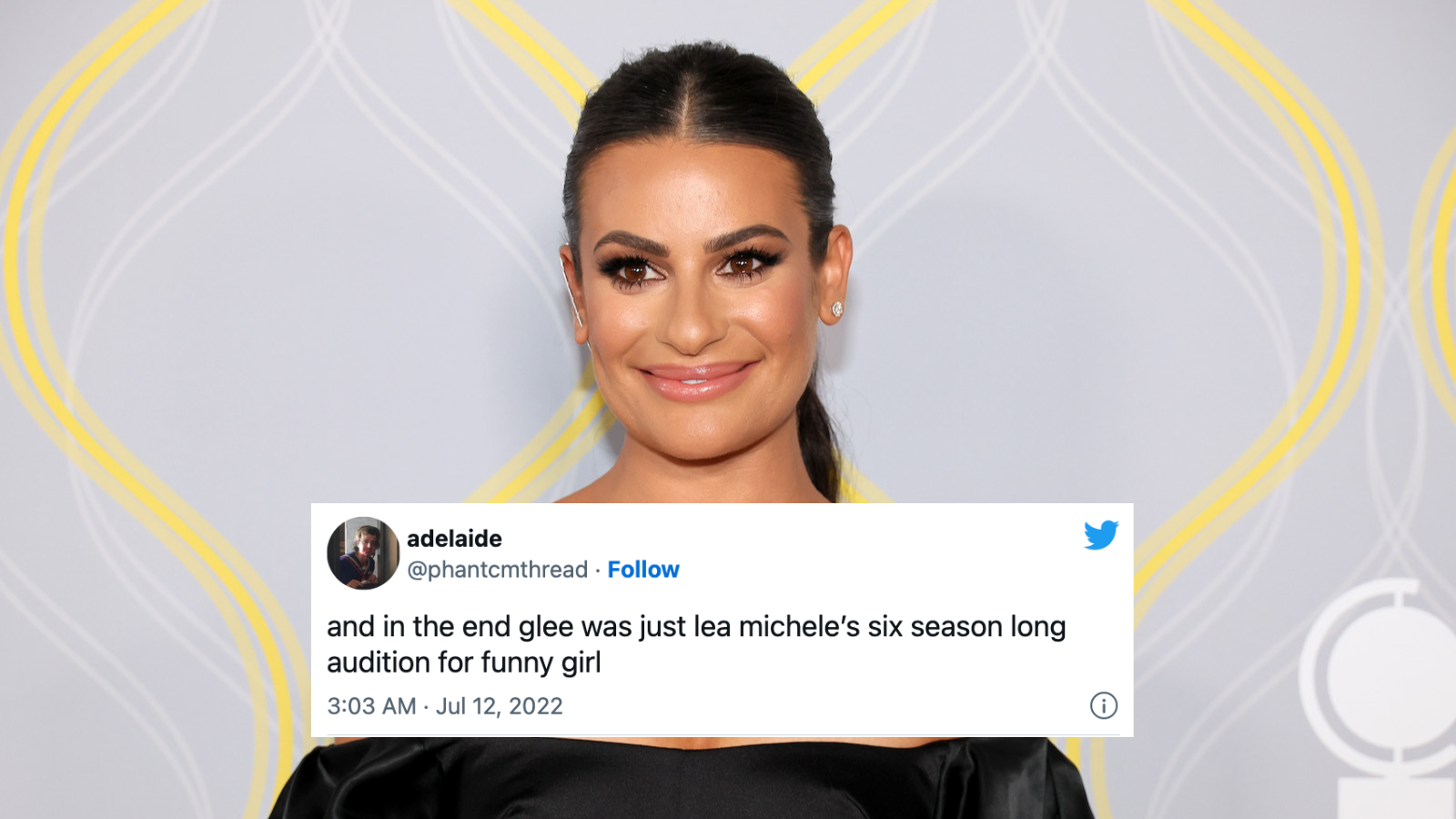 After announcing that she’d be taking her final bow at the end of the month, Beanie Feldstein ignited rumors about who would replace her as Fanny Brice in Funny Girl on Broadway. Of course, many people were suggesting Lea Michele and even claiming to know it was her.

Ever since the Funny Girl revival was announced, people have been making jokes and references to Michele’s Glee Character, Rachel Berry, whose dream was to star as Fanny Brice on Broadway. Now, it seems that the so-called fictional dream is coming true in reality for Michele as it has just been announced that she’ll be taking over the role after Labor Day.

Due to how horrendously iconic Rachel Berry was, and how much hate and negativity has come to light about Lea Michele in recent years, there’s plenty of room for parody to go around. Whether you’re making jokes about Lea being unable to read or if you’re simply bringing up her less-than-stellar track record with co-stars, Twitter is a wild place and we’ve seen some wild tweets surrounding this announcement. We’ve compiled the best tweets we could find about Lea Michele, Glee, and Funny Girl.

In a tweet by user @AaliyahOroro, we see an ode to the series, Sex and the City in using Carrie Bradshaw’s famous form in a Twitter-based apology to the world for streaming Michele’s version of the Funny Girl classic, “Don’t Rain on My Parade”.

Of course, the Glee fans, otherwise known as ‘Gleeks’, are talking about how crazily uncanny this whole situation is to the show itself and her iconic character.

Other Twitter users, like @katiebug95_, are choosing a different approach in using the theory that Lea Michele can’t read to discuss the news.

There was no Glee without Sue Sylvester, played by Jane Lynch. Now, this tweet from @spencremonty24 is multifaceted because it’s both an edited scene from Glee starring Jane Lynch, but it’s also funny because Jane Lynch is currently in Funny Girl and will be leaving before Michele begins her run.

And of course, what is Lea Michele without her Glee and Scream Queens creator partner in crime, Ryan Murphy? He’s always had big dreams for Lea, and some believe he had a lot to do with her getting the role in the first place.

If you’re looking for some entertainment, just look up Lea Michele’s name on Twitter and you’ll be satisfied for hours on end.

We really hope Barbra Streisand has not been made aware of this complete and utter mess.