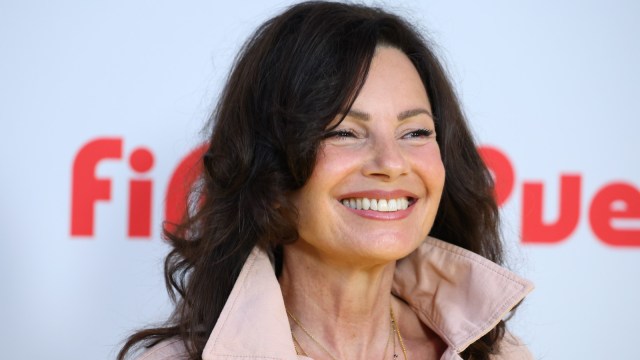 In September of last year, star of the hit ’90s sitcom Fran Drescher became the president of SAG-AFTRA, the union for working actors. In her position, she overlooks about 160,000 performers. Now she’s catching heat for celebrating the loosening of vaccine restrictions at Disney.

“@Disney pulls the plug on vaccine mandates! Way to go Mickey!!!” she tweeted, attaching a video about the news.

“To think that every human on the planet can take one vaccine is ludicrous. And to make that one vaccine the criteria for who is allowed to work, travel, dine, go to theater, et cetera, is an infringement on the Disabilities Act, the freedom of religion act and body sovereignty.”

Drescher then spoke for the country as a whole. “We as a nation must be very careful that fear does not turn into fascism. When equal citizens stop being equal. When cards must be presented to identify whether you are included or excluded. We stand at a tipping point of an America I no longer recognize.”

Suffice to say people weren’t happy about the beloved nanny from a TV show years ago sharing her views on vaccines, especially since she’s in a position of such power. The gifs came out in force.

Someone else tweeted that “I’mma just have to turn a blind eye to this one I’m sorry y’all.” In response to that, someone compared Drescher to that crazy aunt everyone ignores. “We all got that crazy auntie that just be saying s**t ignore her please!”

“Everytime y’all go up for one of these entertainers I just sit back and wait for them to disappoint you,” another person replied. “Damn it Fran,” someone else said.

There was a lot of talk about how looking up to entertainers is a mistake anyway, like this comment: “Lesson: Please stop looking at these entertainers as some moral compass for how to live life. Just bcuz they entertain don’t mean they should be the voice that leads.”

Talk of mutiny is afoot as well.

Maybe it’s time to reevaluate whether The Nanny was a good show, some said.

That’s not to say she doesn’t have her supporters, like Eli Klein.

“Fran Drescher understands what President Biden does not. It’s appalling that horrific Covid vaccine discrimination continues under Democrats. America is now one of the only countries in the world that requires Covid vaccine proof for entry. VOTE THEM OUT.”

We’ll keep you posted as this story develops.