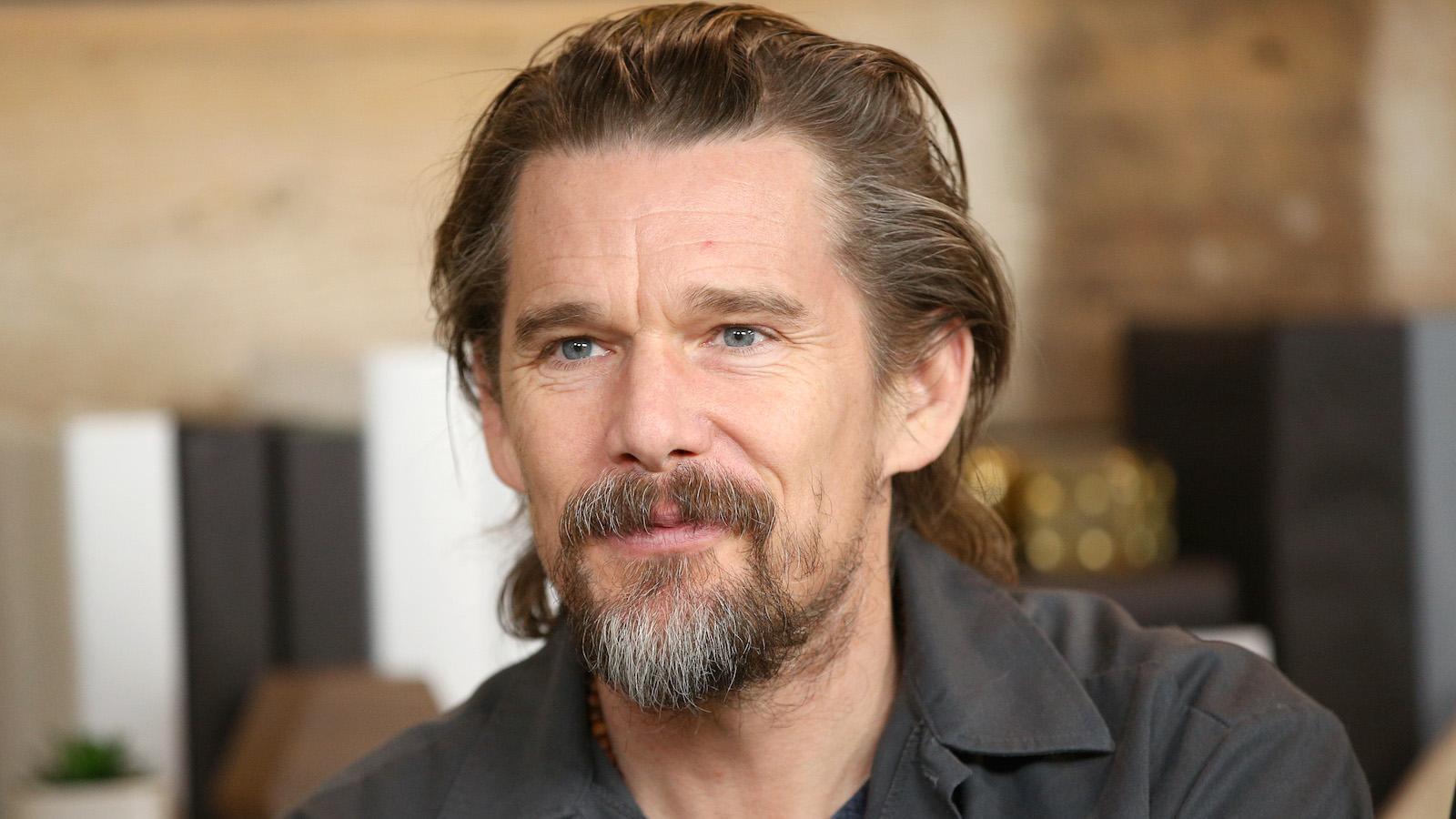 There’s good news for Ethan Hawke fans today, but even better news if you’re a fan of the Moon Knight actor AND the prolific suspense writer John Grisham.

Hawke took to Instagram today and announced that he just lent his voice talents to a new story by the storied author.

“I narrated a story titled Strawberry Moon in @JohnGrisham‘s new collection of novellas, Sparring Partners. The writing is flat out, full tilt gorgeous and I loved recording this. It’s out now — swipe to hear a preview. @PRHAudio“

Hawke left a taste of his story on the post alongside some pictures where he’s in a sound booth wearing some eye-catching red Adidas and a sweet Indiana Jones-y hat.

Sparring Partners is Grisham’s first collection of novellas. Perhaps unsurprisingly, the through-line is American law, but there are also “several surprises in store,” according to Grisham’s website.

The story narrated by Hawke involves “Cody Wallace, a young death row inmate only three hours away from execution. His lawyers can’t save him, the courts slam the door, and the governor says no to a last-minute request for clemency. As the clock winds down, Cody has one final request.”

“Two successful young lawyers who inherited a once prosperous firm when its founder, their father, was sent to prison. Kirk and Rusty loathe each other, and speak to each other only when necessary. As the firm disintegrates, the resulting fiasco falls into the lap of Diantha Bradshaw, the only person the partners trust. Can she save the Malloys, or does she take a stand for the first time in her career and try to save herself?”

The final story in the three-story collection is called “Homecoming.”

This one “takes us back to Ford County, the fictional setting of many of John Grisham’s unforgettable stories. Jake Brigance is back, but he’s not in the courtroom. He’s called upon to help an old friend, Mack Stafford, a former lawyer in Clanton, who three years earlier became a local legend when he stole money from his clients, divorced his wife, filed for bankruptcy, and left his family in the middle of the night, never to be heard from again—until now. Now Mack is back, and he’s leaning on his old pals, Jake and Harry Rex, to help him return. His homecoming does not go as planned.”

The Sparring Partners audiobook is available now. Other narrators include Jeff Daniels, January LaVoy, and Grisham himself.