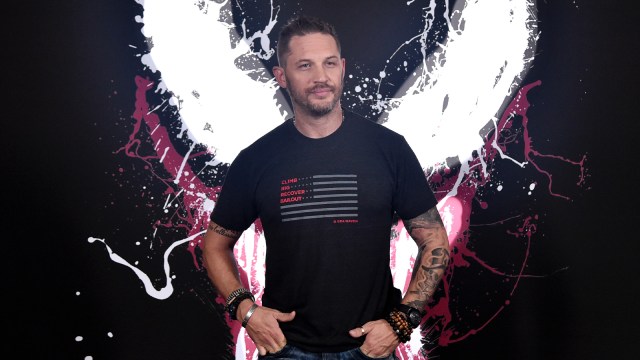 Not only does Tom Hardy have undeniable combat skills on screen, but the star also recently proved his fighting prowess in real life. When it comes down to it, he simply isn’t someone to mess with, as he took home the number one spot at a recent Brazilian Jiu Jitsu tournament.

Competing at the blue belt level, Hardy took part in the UMAC Milton Keynes BJJ Open which took place over the weekend at Oakgrove School in Milton Keynes. For onlookers at the event, his appearance did not disappoint.

Hardy competed in the Gi division of the competition at the blue belt masters level. In this division, the star had multiple matches, but not all were captured on film. One that was captured shows Hardy controlling his opponent after they immediately pulled guard, ultimately finishing the match with a slick armbar.

After winning three matches to rise to the top of the bracket, Hardy left the event with a gold medal in hand, but it wasn’t his first BJJ win. According to reports, Hardy is quite the competitor when it comes to the sport, having won gold in the REORG Open and other events.

According to Dailymail, who spoke to a competitor at the event, the rumored appearance of Hardy was a driving factor in taking part in the event.

“I knew he fought in the last competition locally and won two golds, and I knew at that point that I fitted into his category — I was the same age, belt, and weight as him.”

With multiple gold medals under his blue belt, it remains to be seen how Hardy’s BJJ career will continue as he rises the ranks.