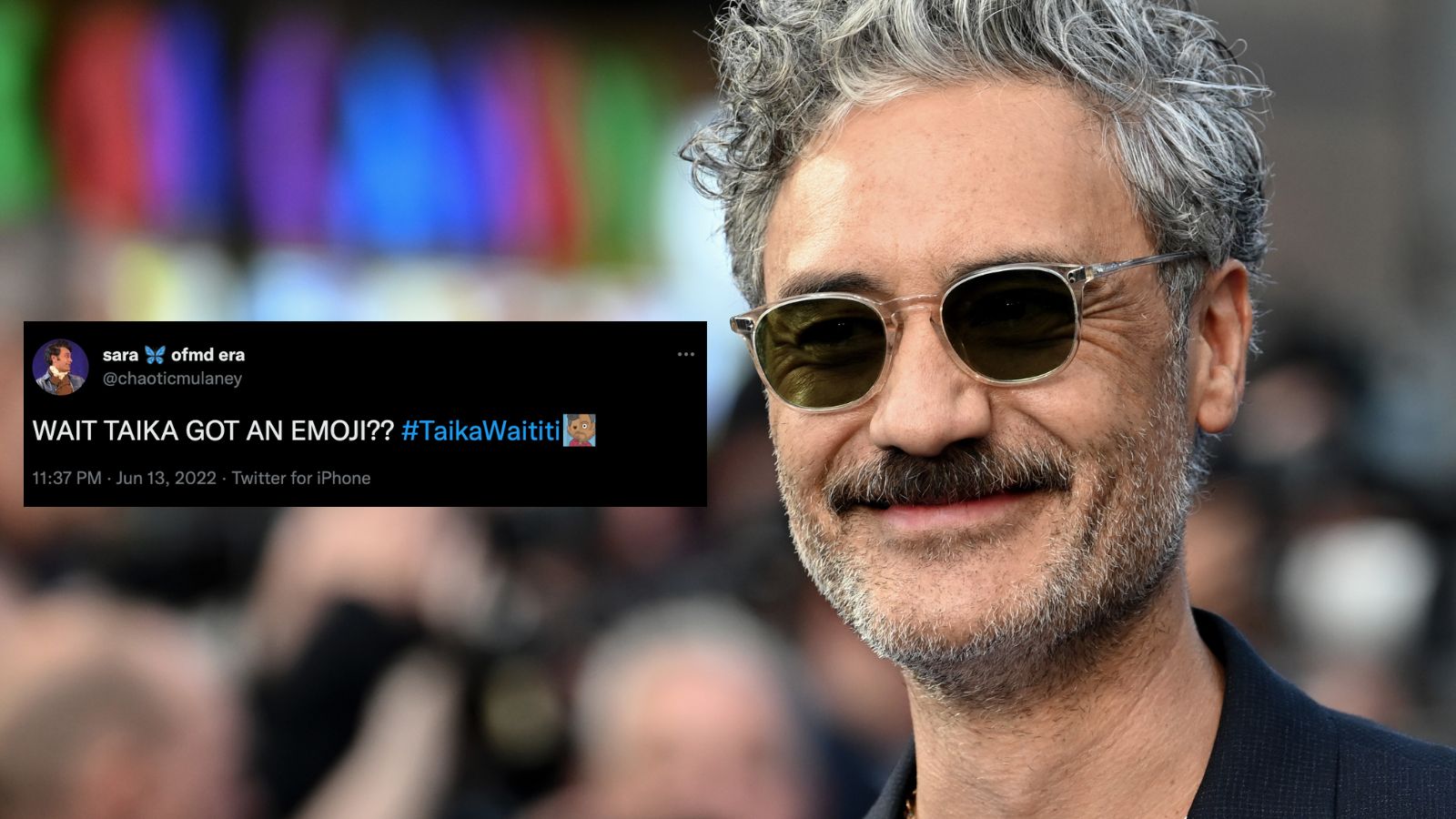 Twitter emojis aren’t new by any means, and they’re usually added when a new show or movie is premiering or a huge event is happening. However, the internet was shocked to find out that Thor: Love and Thunder director, Taika Waititi, has his own Twitter emoji and nobody knows why.

Fans noticed when you use the #TaikaWaititi or #Taika hashtags on Twitter, a small emoji will accompany the tag. The emoji is a photo of Taika’s face divided by four, drawn in different art styles.

The emoji is based on the Waititi’s profile photo where he has his face split into four, all in different proportions and facial expressions.

The emoji is similar to a current trend where artists draw a character using four different art styles of their choosing. The results of completing this split-art illustration have led to interesting results.

Twitter users and Waititi fans are both shocked and confused as they wonder how and why the famous film director and actor has his own Twitter emoji. But at the same time, everyone likes it as they agree it’s cute.

It turns out, this is all due to a digital campaign for the upcoming Thor: Love and Thunder film. Waititi was included along with the film’s official hashtag and list of characters to have an emoji associated with their respected hashtags. This makes sense since he is the film’s director.

Disney’s VP of Digital Marketing, Dustin Sandoval, has come out on Twitter and said he was responsible for the Waititi emoji. Sandoval tweeted that he pitched Waititi’s profile photo to become an emoji and that he wants to be remembered for that.

“If I can be remembered by anything on this #ThorLoveAndThunder digital campaign, let it be that I pitched a #TaikaWaititi profile picture emoji and it actually happened.