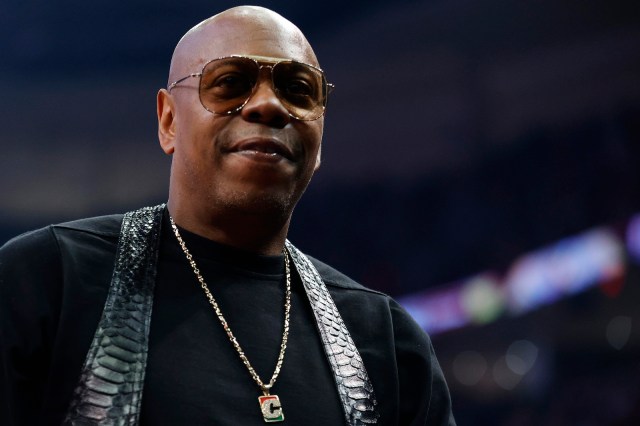 The controversies surrounding Dave Chappelle have erupted again, with a venue pulling out of an upcoming show mere hours before it was meant to begin, forcing the show to move to a second venue at the last moment.

Chappelle was scheduled to perform at First Avenue in Minneapolis, MN tonight as part of his current tour. The venue has a long and storied history, and many legendary acts have walked its stage. But, early this afternoon, the company pulled out of the Chappelle show. They posted a tweet on their official Twitter page reading:

We hear you. Tonight’s show has been cancelled at First Avenue and is moving to the Varsity Theater. See our full statement for more.

This was posted alongside a longer statement that read:

The Dave Chappelle show tonight at First Avenue has been cancelled and is moving to the Varsity Theater. To staff, artists, and our community, we hear you and we are sorry. We know we must hold ourselves to the highest standards, and we know we let you down. We are not just a black box with people in it, and we understand that First Ave is not just a room, but meaningful beyond our walls. The First Avenue team and you have worked hard to make our venues the safest spaces in the country, and we will continue with that mission. We believe in diverse voices and the freedom of artistic expression, but in honoring that, we lost sight of the impact this would have. We know there are some who will not agree with this decision; you are welcome to send feedback. If you are a ticket holder, look for an email with information on your ticket(s) transferring to the show at Varsity Theater.

As noted in the statement, the event will still go ahead at the Varsity Theater, a location scheduled to host additional Chappelle shows on Thursday and Friday after the scheduled show at First Avenue sold out.

However, First Avenue has been under fire for the booking since it was first announced on their Twitter page.

Many critics have pointed to Chappelle’s comments about LGTBQ people, arguing that they go against the code of conduct First Avenue says they abide by. Specifically, a part that says the venue does not allow:

“Acting or speaking in a discriminatory manner or using racist, sexist, ableist, transphobic, homophobic, xenophobic or other biased language, including intentional misgendering.”