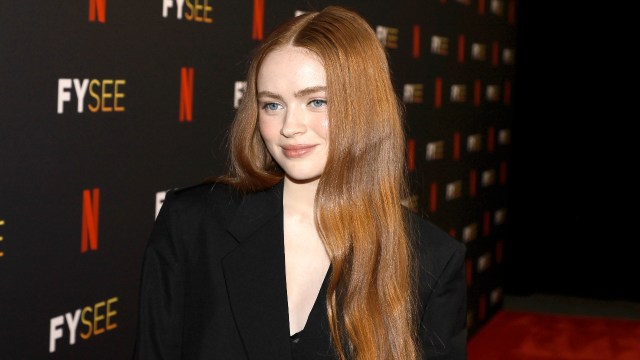 Stranger Things star Sadie Sink turned 20 in April and after a TikTok surfaced featuring Sink as the kind-hearted orphan Annie on Broadway, we all feel old.

Sink’s illustrious career in film and television began with a role as Lana in Joe Weisberg’s period spy drama The Americans in 2013. Just three years later, she landed her debut feature-film role as Kimberly in Philippe Falardeau’s biographical sports drama Chuck. From there, she went on to make waves in the industry as an up-and-coming horror icon in Netflix’s Fear Street trilogy and the Netflix Original series Stranger Things — portraying the much-loved skateboarder Max Mayfield.

Before she even scratched the surface of film and television, Sink started out — as many successful actors do — on Broadway. At just 11, the natural ginger snagged the titular role in Annie, the musical based on Harold Gray’s popular comic strip Little Orphan Annie and James Whitcomb Riley’s 1885 poem Little Orphant Annie. Sink performed at the Hobby Center for the Performing Arts in Houston, Texas, home to Theatre Under the Stars, a non-profit, self-produced musical theatre production company. Coincidentally, it was TUTS that helped to bring Sink’s Annie to life on stage, and after sifting through their archives, TUTS found a minute-long clip that features the now 20-year-old Texas native singing the Annie exclusive song “Tomorrow.”

After Sink rose to prominence and earned worldwide recognition for her role in Stranger Things, it feels surreal to see her humble beginnings as a trying stage actor waiting for her big break. Nowadays, everyone knows Sink as Ziggy Berman (Fear Street) or Max Mayfield (Stranger Things), but her other notable performances include Haley in Ciarán Foy’s horror film Eli and “Her” in singer-songwriter Taylor Swift’s short film All Too Well: The Short Film.

We have solid proof that Sink can sing (with some incredible pipes), and her Stranger Things co-stars have also dabbled in the theatrical arts. Gaten Matarazzo (Dustin Henderson), after making his theatrical debut at just nine years old in Priscilla, Queen of the Desert, portrayed Gavroche in the 2014 Broadway revival of Les Misérables. In 2012, Caleb McLaughlin (Lucas Sinclair) starred as Young Simba in the incomparable Disney musical The Lion King and played the role for two years.

Now that we know all about the Stranger Things cast and their Broadway roles — including the fact that they can all sing — does anyone else smell a Stranger Things musical on the horizon?