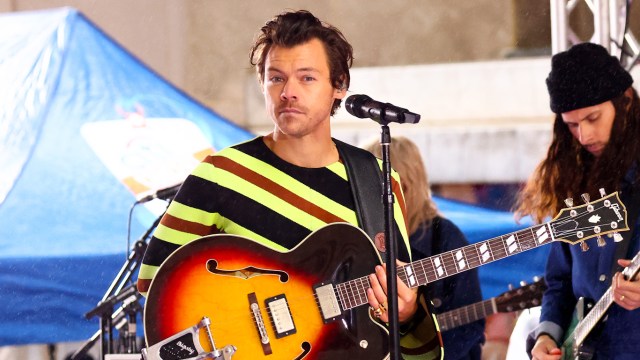 If you had to describe Harry Styles‘ fanbase in a single word, “dedicated” would easily top the chart. The beloved singer has a highly devoted fanbase, all eagerly waiting for his next project to land, be it music, fashion, or other new creative endeavors. And those fans can now take their Harry Styles fandom to the next level by taking a college course about the Watermelon Sugar singer.

Students enrolled at Texas State University can take a course about the singer in 2023 called “Harry Styles and the Cult of Celebrity: Identity, the Internet and European Pop Culture.” The unit will be helmed by Louie Dean Valencia, the university’s associate professor of digital history and the author of Antiauthoritarian Youth Culture in Francoist Spain and Far-Right Revisionism and the End of History.

“It’s official, official. I’m teaching the world’s first ever university course on the work of #HarryStyles is happening Spring 2023 at @TXST University (see description). This is what tenure looks like. Let’s gooooo!”

And for those who think the course will be a simple trivia game, the flyer promoting the unit shows that this course will use Harry Styles to look at a wide array of topics, from the obvious to the more unexpected. The flyer lays out a course description:

“This course focuses on British musician Harry Styles and popular European culture to understand the cultural and political development of the modern celebrity as related to questions of gender and sexuality, race, class, nation, and globalism, media, fashion, fan culture, internet culture, and consumerism.”

In a later Tweet, Valencia put the description in simpler language, saying that the course will focus on Styles’ “art and public activism and the film, literature, philosophy, music he has acknowledged as influential. Just in the way we study the work of Shakespeare, Toni Morrison, Virginia Woolf, or any great artist.”

This isn’t the first time a university has offered a course that used a famous figure as a jumping-off point for topics like this. There have previously been courses focused on Taylor Swift, Jay-Z, and one on Miley Cyrus titled ”The Sociology of Miley Cyrus: Race, Class, Gender, and Media.” So there is plenty of precedent for this new Harry Styles course.