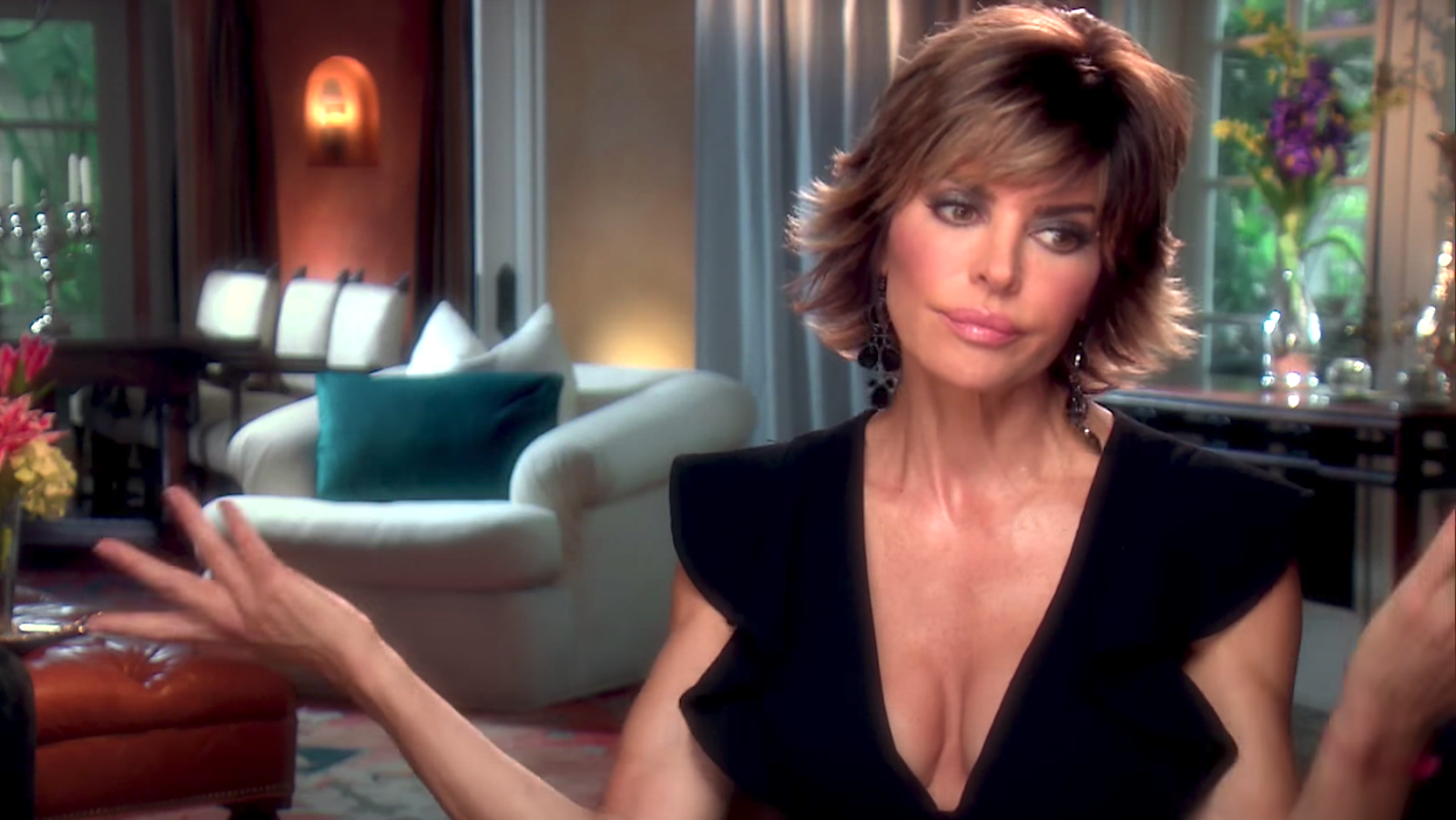 Not for the first time, Lisa Rinna has found herself in hot water after leaking a person’s phone number to her Instagram story.

The Real Housewives of Beverly Hills star got into a bit of social media drama when she posted a screenshot of a text conversation between herself and an unknown number. The message to Lisa read “Lisa, you need to stop with your rumors and lies about me. There’s plenty I can expose about you…”

Rinna, who has never taken kindly to threats, proceeded to screenshot the message and post it to her Instagram story with the caption “You exposed yourself…Hey expose away can’t wait to see what you’ve got.” A quick glance at Rinna’s Instagram shows that the Real Housewife has a following of over 3.3 million, and a lot of them were quick to bite her head off for being callous enough not to blur out the number.

The identity of the man in question was quickly revealed as Patrick Somers, who did not take Rinna’s hits sitting down. He fired back at Rinna on his Instagram by posting a collection of slides to his story. One read, “@lisarinna Umm thank you for putting my number online?” He followed up with that by saying, “@lisarinna I suggest you take your post down before I sue you or leak your number since you think it’s acceptable to leak mine.”

In fact, leaking Rinna’s phone number is exactly what he did, saying in subsequent post, “Why are you starting drama with someone that is half your age you overfilled ancient dinosaur. Anyways here’s Lisa’s number since she posted mine.”

The origin of Rinna and Somer’s beef has not been clearly identified, but many viewers of the show believe it has to do with the fact that Somers is Kathy Hilton’s alleged assistant. This season’s trailer foreshadowed upcoming drama between Rinna and Hilton, and it seems like Somers may have gotten caught in the crossfire.

Somers on the other hand insisted that the beef between him and Rinna is because Rinna has been gossiping about him around town after learning that Bravo has potential plans to do a Real Husbands of Sunset show starring himself. Furthermore, according to Somers, Rinna was upset that Somers was talking about her husband, Harry Hamlin. “And btw I never said her husband was gay. A little rainbow emoji never hurt anyone but I mean if the shoe fits… You need to go worry about YOUR husband and YOUR finances and who he’s spending his time with because his wife is too busy running her overfilled mouth. Beverly Hills talks…and we all know.”

As we all know, talking about Harry Hamlin is a no-no in Rinna’s book (lest we forget her infamous altercation with Kim Richards in season five)

The dust between Rinna and Somers is far from settled according to Somers, who revealed that he has plans to sue Rinna for leaking his number.

In a tweet, he said, “As many know @lisarinna had millions of individuals call and text me in an online attack which gave millions access to my personal data. I received death threats, racial discrimination, and bullying. Today I sit with my 2 attorneys as we move forward with legal action.”

Said legal action has garnered a heavy amount of publicity for Rinna and Somers, and now — according to an alleged screenshot of Somer’s Instagram story — that is exactly what was intended. The screenshot reads:

“Hi I’m Patrick Somers, a private Marketing Manager for some of the biggest celebrities in the world. My lasted assignment was executed against Lisa Rinna… My latest marketing campaign was to draw attention away from my client. That’s exactly what I did. All narratives associated with my latest campaign are false. I was compensated $27.527.72 for my work. All media outlets and tabloids were planted by me.”

As of this writing, Patrick Somers has made his Twitter account private and deleted his Instagram page. Neither Lisa Rinna nor Kathy Hilton have commented on the matter, leaving many viewers to wonder whether the drama between Rinna and Somers was legitimate or just a publicity stunt.