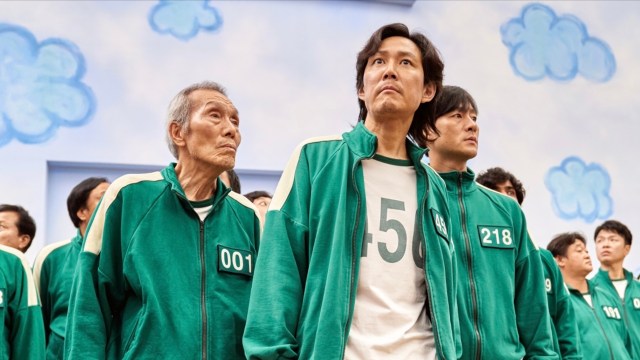 While Squid Game might not be at the peak of its popularity any longer, the chilling Korean drama from Netflix continues to recruit new fans by the day, and the fantastic performances by the brilliant cast continue to receive praise. While the stars enjoy their international breakthroughs, many have become increasingly interested in seeing some of the cast members in the ever-so-popular MCU.

With a second season in the works, fans are excited to see the cast’s direction in Hollywood, and which major projects they will star in. Lee Jung-jae has already been cast in a lead role in the Star Wars series The Acolyte, alongside Jodie Turner-Smith and Amandla Stenberg.

For some good old fan-casting, if you’re a devotee of the MCU and Squid Game, here’s all the characters we believe the cast will do justice if introduced into the vast universe.

There have been many fan casts made for which Marvel character Lee Jung-jae could bring to life in the MCU, the most popular being genius scientist, Amadeus Cho. While the comic version of this character is usually in his teens, the MCU is more than capable of debuting an adult version of this brilliant and irresponsible genius. Cho, like Bruce Banner, has the ability to transform into an enormous, powerful green creature. Unlike Banner, Brawn revels in his Hulk abilities right from the start. Cho’s intelligence and Brawn’s strength make for one of Marvel’s greatest superheroes, and the fans would absolutely relish seeing an epic trio including: Brawn, Bruce’s Hulk, and Jennifer’s She-Hulk on screen.

Fans of the web-slinging Spider-Man were introduced to Spider-Gwen in the Oscar-winning animated film, Spider-Man: Into the Spider-Verse, but this masked heroine has saved the day countless times in the original comic books. Jung Ho-yeon’s fierce and intense character on Squid Game may seem like a reach as to why she’d be perfect for the role, but she showcased a wide range of emotions in the Netflix drama, and her swift thinking, sarcastic nature, and attitude would translate well into the MCU.

The introduction of the multiverse to the MCU has been one of the most exciting prospects, as it opens the interdimensional door for many more characters from the comics to be introduced. In this case, the Squadron Supreme and their ruthless leader, Hyperion. Park Hae-soo delivered such a classic character that we all loved to hate in Squid Game with the debt-ridden fraud, Sang-woo. The actor showed off his incredible talent and range in playing the manipulative and calculating participant in the treacherous games. Embodying the complex Hyperion seems like a great way to debut this genius talent into the Marvel Cinematic Universe, and the debate about whether he is truly a superhero or supervillain sits side by side with Sang-woo’s polarizing fandom.

Though her character didn’t make it too far in the games, Lee Yoo-mi gave such a compelling performance as Ji-yeong that audiences were gutwrenched by her death. It is because of this that she would be an excellent choice to play the young mutant with phasing powers, Kitty Pryde. Though the two characters don’t have much in common, audiences witnessed Lee Yoo-mi’s emotional sacrifice in Squid Game, proving she can successfully take on an unconventionally strong character who everyone can’t help but fall in love with.

Wi Ha-joon as The Silver Surfer

Wi Ha-joon played Jun-ho in Squid Game, the police officer who kept viewers at the edge of their seats, rooting for him. His single-minded determination and sense of justice made him a fan favorite, and a great fan cast for the extremely noble and purposeful Silver Surfer. The character appeared in, Fox’s Fantastic Four sequel as the primary antagonist, but a glimpse into the original comic books show that the Silver Surfer is an extremely complex and persevering character, with so much more to his story. Wi Ha-joon is the perfect fit for the role, as his character Hwang Jun-ho’s relentless pursuits earned him heaps of praise from audiences around the world.

O Yeong-su as The Ancient One

There aren’t many roles for elderly actors in the MCU, but no role would be more fitting for seasoned actor O Yeong-su than The Ancient One. With The Ancient One from Earth 616 already dead and Dr. Strange now having access to the multiverse thanks to America Chavez, Stephen may choose to seek out wisdom from other Ancient Ones across other universes. Audiences loved Yeong-su’s Golden Globe-winning performance as the twisted villain of Squid Game, proving that he can play a character with complex motivations, something that The Ancient One is known for.

Abdul Ali was by far one of the most beloved characters from the first season of Squid Game, mostly due to Anupam Tripathi’s wholesome performance in the role. Tripathi would be a great choice for the powerful Wonder Man, because the latter’s superpowers were acquired through betrayal. Simon Williams started out as a well-meaning businessman, but desperate situations led him to agree to be a test subject for Baron Zemo, which gave him superpowers. Abdul’s journey to the games were brought about by desperation, and his ultimate betrayal from trusting too hard really stung fans. Wonder Man is a complex character who is ultimately good, but was led astray, a perfect role for Tripathi to bring to life in the MCU.

MCU fans may not be familiar with this villainess, but fans of the comics and some popular animated series would easily recognize her. Moonstone is a villain turned anti-hero, commonly associated with characters like the Thunderbolts and the Dark Avengers. Kim Joo-ryoung played the cunning yet vulnerable character of Mi-nyeo in Squid Game, a character who started out very unlikeable, but is ultimately just a survivor. She would be perfect to play the slightly unhinged psychiatrist in an MCU debut.