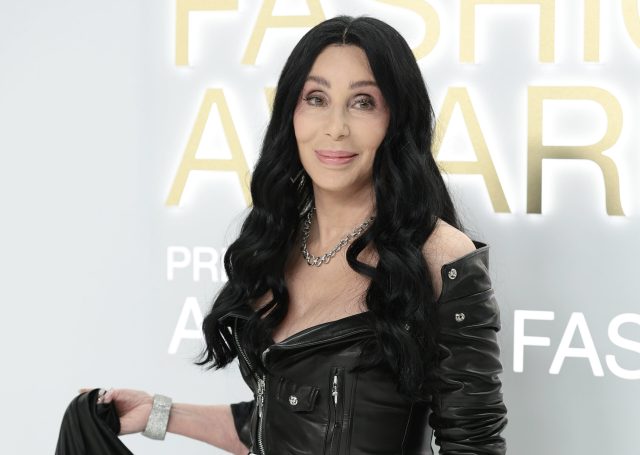 The news that Cher was dating a much younger man has reverbated around the Internet, with some people in love with the idea and others bemoaning the age gap between the famous singer, 76, and music executive Alexander Edwards, 36.

Cher clapped back at what she called “haters,” in an Instagram post. Other replies include “”LOVE DOESNT KNOW MATH, IT SEES,” and “YESSSSSS” when someone asked if Edwards was her new man.

So who is Edwards? Read on to find out.

He is Amber Rose’s ex

Edwards met Kanye West’s ex Amber Rose in 2015, and they became an official couple in 2018. In an Instagram comment cited by Hollywood Life, Rose said “I wish we could’ve been together this whole time… from the day I met you in 2015 😫. It just wasn’t the right time for us I guess, but now ur allllll mine Twin!”

The two do weirdly look alike due to the matching short haircuts. He was caught cheating by Rose and later admitted that he couldn’t stop being unfaithful.

“I know that I could stop [cheating]. I could give her a good, solid six months and just really, like, deprive myself of my true nature for as long as I can take it, but I don’t want to live like that.”

Edwards grew up in Oakland, California admiring the rappers of the day like Tupac and Biggie Smalls. He joined various rap groups and eventually met the rapper Tyga. The collaboration turned out to be fruitful and Edwards appeared on a number of Tyga songs.

He started the record company “Gloryus” which expanded into a profitable venture that included a clothing line. In 2018, he joined Def Jam Recordings, rising through the ranks and eventually becoming Vice President of the A&R division.

He even appeared in an episode of Keeping Up with the Kardashians with Tyga at one point.

Cher is having the time of her life with Edwards

On November 1, Cher tweeted that “One part of my life is SO AMAZING.” On Nov. 3, she was photographed holding hands with Edwards. They met up with Tyga and Edwards was reportedly kissing her hand during dinner, according to Vanity Fair.

She doesn’t care what people think, either, tweeting that “I’m Not Defending us. Haters are Gonna Hate…Doesn’t Matter That we’re Happy & Not Bothering Anyone.”