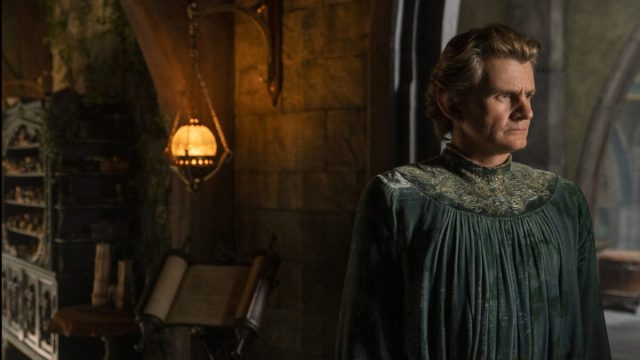 Amazon Prime’s fresh venture into Middle Earth is stirring up endless hype, as fans of The Lord of the Rings look forward to The Rings of Power’s impending release.

The series offers up the first fresh foray into J.R.R. Tolkien’s magical world in nearly eight years, and the first television series to be born of the timeless classics. It aims to delve into a thus-far unexplored time period in Middle Earth’s history, shifting the story backward by several centuries, and situating itself in the Second Age. While a few familiar faces are set to be re-introduced in the series, the majority of the show’s leads are brand-new to the vast majority of viewers. Casual Lord of the Rings fans are familiar with names like Galadriel and Elrond, but far less aware of characters like Gil-Galad, Elendil, and Celebrimbor. While these characters are absolutely vital to the history of Middle Earth, they’ve yet to make their debut on the big screen.

Rings of Power will explore these characters and their as-yet untold stories, introducing viewers to absolutely crucial elements of Tolkein history. Characters like Celebrimbor, the talented Elven smith who, through Sauron’s manipulation, forged the titular Rings of Power, are indelible parts of the story behind Lord of the Rings. As fans look forward to the show’s impending debut, they’re taking a look at these vital characters and the talented actors set to bring them to life on the small screen.

In secret, away from Sauron’s eye, Celebrimbor also crafted the three Elven rings. These were made without Sauron’s influence, and thus remained uncorrupted following the creation of the One Ring. Celebrimbor — initially caught up in Sauron’s act — eventually became a vital element in keeping the rings away from the Dark Lord.

Who is Charles Edwards?

Talented English actor Charles Edwards is poised to bring Celebrimbor to life on the small screen. The 52-year-old has plenty of acting credits under his belt, starting all the way back in the early 2000s. He got his start on stage, but soon transitioned to the screen, where he went on to star in more than 25 film and television releases.

A Surrey native and the youngest of four boys, Edwards gained his skills as an actor during his stint at London’s Guildhall School of Music and Drama. Following his graduation in the early ’90s, Edwards quickly started snatching up roles. He appeared in a number of Shakespearian plays over the coming years, before launching into film and television with 1999’s An Ideal Husband.

From there, Edwards’ career only grew. He went on to star in a range of film and television roles, including small appearances in films like Batman Begins, Midsomer Murders, and Sherlock. He also cinched much larger roles in Downton Abbey and The Crown, before stepping up to bring Celebrimbor to life.