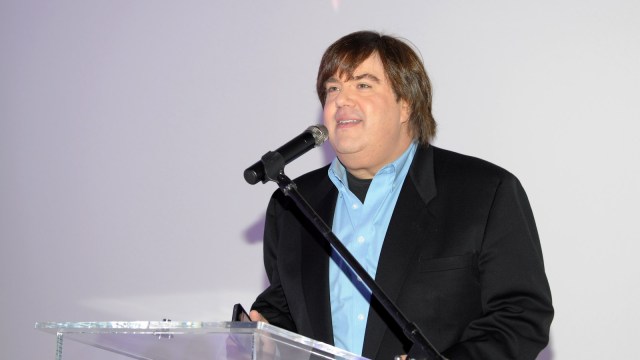 In her 2022 memoir, I’m Glad My Mom Died, Jennette McCurdy, star of Nickelodeon’s iCarly and Sam & Cat, opens up about her experience as a child actress at Nickelodeon. One dreadful revelation made in the book was that the entertainment company allegedly offered McCurdy, now 30 years old, $300,000 in exchange for her silence about her experiences backstage as a teenager while shooting some of the biggest children television shows of the late 2000s and early 2010s.

What could Nickelodeon possibly be trying to keep secret from the public? One very likely guess concerns producer and actor Dan Schneider, who worked in collaboration with the television channel for over 20 years. After Nickelodeon and Schneider’s incredibly prosperous run, their sudden parting in 2018 brought to the surface ugly rumors as well as allegations of misconduct and temper issues.

Who is Dan Schneider, and what is known about his time at Nickelodeon?

Dan Schneider, 56, began his career in the entertainment industry as an actor, starring in several comedies in the 1980s. A co-hosting gig at the 2nd Annual Kids’ Choice Awards led to his path crossing with Nickelodeon development executive Albie Hecht. In 1993, Hecht tapped Schneider and his production company, Schneider’s Bakery, to help produce All That.

From 1993 until his departure in 2018, Schneider’s Bakery created some of the biggest children’s television productions of the new millennium and discovered numerous future stars. From All That, Schneider created the spinoff, The Amanda Show, which centered on Amanda Bynes and introduced Drake Bell and Josh Peck, who would later star in their own Dan Schneider show, Drake & Josh.

Arguably Schneiner’s biggest hit, iCarly premiered on Nickelodeon in 2007 with Miranda Cosgrove in the titular role following her television debut on Drake & Josh. Among others, Schneider was also the brains behind Victorious, Zoey 101, and the joint iCarly and Victorious spinoff, Sam & Cat, starring McCurdy and Ariana Grande.

Due to his continued success, Schneider reportedly reached a level of creative authority and freedom few could enjoy in the industry, which might have just been at the root of his downfall.

The joint statement issued by Nickelodeon and Schneider for Deadline at the time of the producer’s exit claimed that “since several Schneider’s Bakery projects are wrapping up, both sides agreed that this is a natural time for Nickelodeon and Schneider’s Bakery to pursue other opportunities and projects.” But the apparent amicable split was, in truth, the outcome of years of growing tension which, according to Deadline, reached a boiling point when Nickelodeon started pulling back from Schneider’s last ventures at the network, Game Shakers and Henry Danger.

“For years Schneider had been under a cloud of suspicion over the treatment of some younger stars of his shows. Among the things that have raised eyebrows are his tweeted photos of the toes of his young female stars. Additionally, there have been issues with bloated budgets and long production days on Schneider’s shows.”

In her book, The New York Times reported, McCurdy talks about an “intimidating” person she refers to only as “The Creator” who “photographed [her] in a bikini at a wardrobe fitting and encouraged [her] to drink alcohol.” In a tweet containing an excerpt from I’m Glad My Mom Died where the ex-actress detailed the events, a user also recalls a TikTok made by Victorious actor Avan Jogia, found in the thread under it, where he recalls all the partying he did at the time of filming the show.

Despite all the conversation around Schneider’s supposed foot fetish, which the internet has put on blast, a 2018 ViacomCBS investigation into Schneider’s behavior found no evidence of sexual misconduct. The report did, however, discover reports of verbal abuse on the producer’s several sets, per The New York Times.

According to work colleagues, Schneider would throw temper tantrums, send out angry emails, text actors outside work hours, and request neck and shoulder massages from an employee in the costume department. Another snippet from McCurdy’s book indicates he might have liked to give as much as he liked to receive.

Arthur Gradstein, a screenwriter who worked under Dan Schneider across four different shows, confessed to The New York Times that the producer could be “generous and validating,” but also “unreasonably demanding, controlling, belittling and vindictive, with a willful disregard for boundaries or workplace appropriateness.”

Many of Schneider’s colleagues describe his attitude as simply an unfortunate side effect of his unwavering creative vision. “Over the years, I’ve grown and matured as a producer and leader,” Schneider told The New York Times. “I’m sure I’m better and more gentle at communicating today.”

The accusations made against Schneider seem to echo an old Hollywood tradition of supposed creative geniuses using their success and positions of power as an excuse to overwork their cast and crew, conditioning them to accept abusive behavior out of fear of losing their jobs or even their entire careers. Because he worked almost exclusively on children’s television with mostly child actors, Schneider’s alleged behavior becomes even more inappropriate and dangerous.