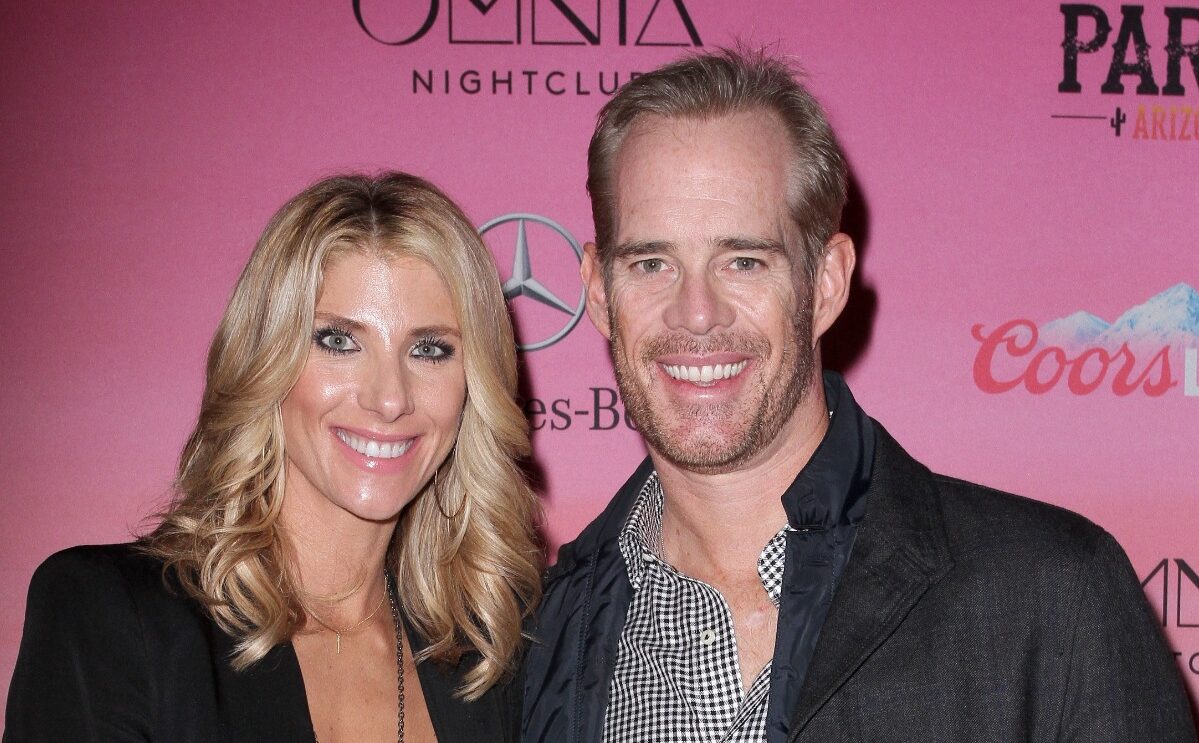 Photo by John Parra via Getty Images for ESPN

If you’re a regular watcher of the NFL you probably know Joe Buck. He’s been at Fox Sports since it began in 1994 all the way through present day, until he moved to ESPN to become the lead announcer for Monday Night Football. He not only does play-by-play for football but he’s a regular announcer for the MLB as well.

He’s also been married twice, most recently to Michelle Beisner-Buck, a former NFL cheerleader. So who is she and how did they meet?

Buck is the son of famed broadcaster Jack Buck, who used to announced MLB games for the St. Louis Cardinals, a job he held until the early 2000s. He was born in St. Petersburg, Florida and raised in St. Louis. He attended Indiana University and started his career announcing baseball games for the then Louisville Redbirds, a minor league team for the Cardinals.

Who was Joe Buck’s first wife?

Joe Buck was married to his first wife for about 18 years. He name is Ann Archambault and she was born in Nov. 1969 in Missouri. The couple share two daughters: Trudy and Natalie.

They got married in 1993 after he proposed live on the radio. They divorced in 2011.

How did Joe Buck meet his current wife Michelle Beisner-Buck?

The couple met the old fashioned way: at work. Coworker to both, Rich Eisen, called Beisner in 2012 and said that someone wanted her number.

“Please don’t say it’s Joe Buck,” she replied, telling people she thought the broadcaster came off as “smug” and “arrogant.”

However, she eventually changed her mind and the couple married in 2014 in Cabo San Lucas.

Does Joe Buck have kids with his current wife?

The couple have a pair of twin boys. In April of 2018, Beisner-Buck gave birth to Wyatt and Blake.

Michelle Beisner-Buck is a former NFL cheerleader for the Denver Broncos. She cut her teeth as a broadcaster as a features reporter for ESPN on the show Sunday NFL Countdown. Her content now appears exclusively on Monday Night Countdown before Monday’s NFL games during the season. Her ESPN bio page provided a summary of the stories she likes to do.

Beisner-Buck was an actor and a dancer before she started working in television. She was a cheerleader for the Broncos from 1997 to 2003. She was a team captain for four years and in 1999 she represented the Broncos in the Pro Bowl.

Beisner-Buck was born in Colorado and attended Metropolitan State University. She started her cheerleading career for the Broncos while she was still in college. She told Mile High Sports that being a cheerleader made her a better person.

“It was the greatest six-plus years of my life. It made me accountable. It made me respectful. It’s humbled me. It made me a better woman, a better person. There’s a sad and unfortunate misconception that goes along with being an NFL cheerleader. I thoroughly enjoyed week after week, year after year of breaking down that stereotype.”

Apparently Buck has a type, because his first wife Ann Archambault was also an NFL cheerleader, for the Indianapolis Colts.