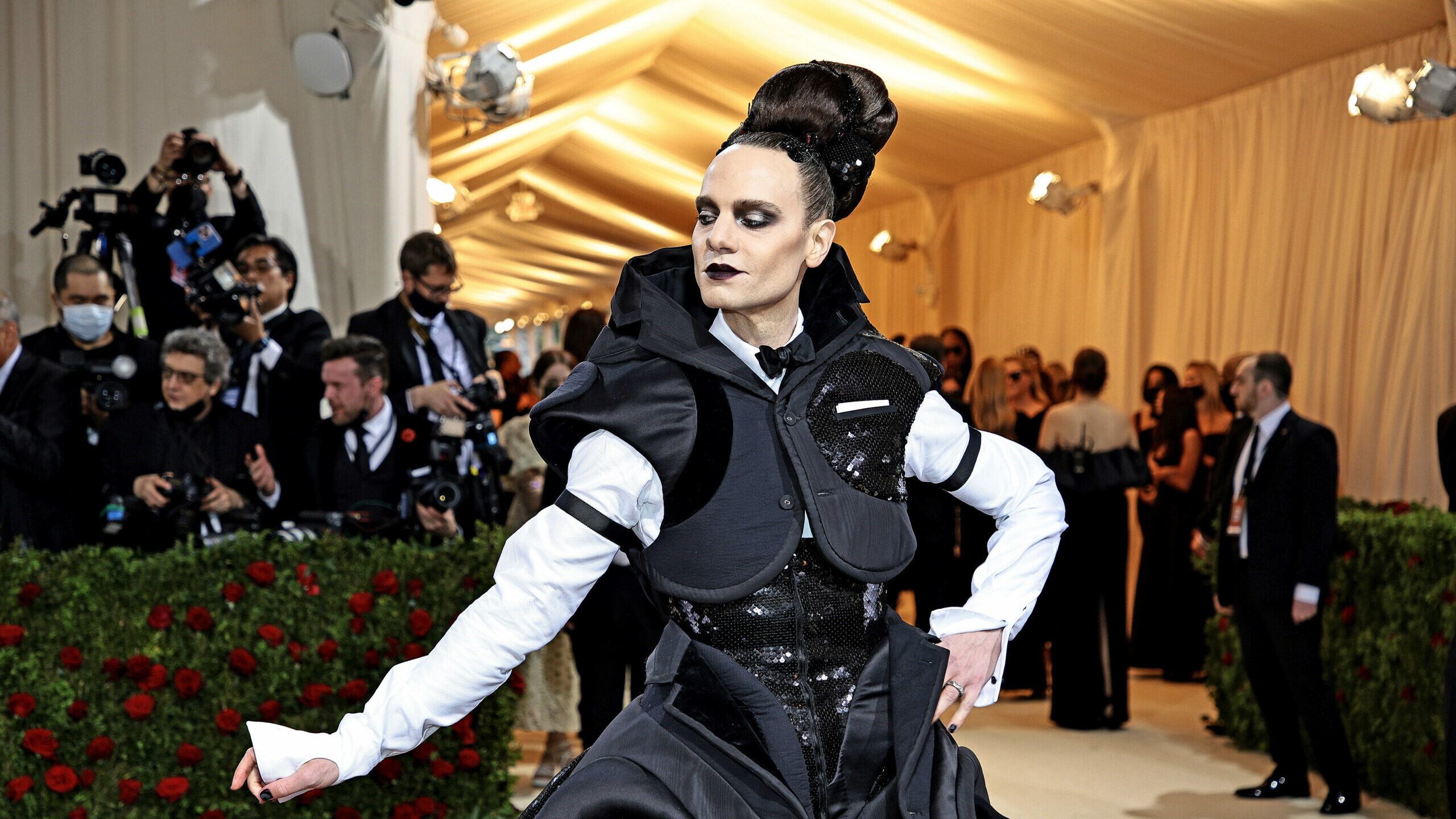 Theater producer Jordan Roth appeared on the red carpet for the Met Gala in a look that turned heads and stole the show.

The versatile number started as one thing and became something else entirely in a Blake Lively Cinderella moment. Fashion changes from moment to moment, and the nod to the ever-evolving realm of beauty was a poignant reference to the theme tonight.

If you’re not familiar with Roth or the Broadway realm, you might be asking who exactly he is. Well, we’ve (ahem) got you covered!

Who is Jordan Roth?

Roth is a theater producer and overseer born in New York City who had a love for plays and theater since he was a child. His family left New York for New Jersey during his elementary years. Around middle school, they returned to the city, and Roth was able to attend plays with his mother — further growing his appreciation for the art form.

Roth graduated from Princeton University with degrees in theater and philosophy before returning to NYC. Once there, he produced a show inspired by Midsummer Night’s Dream — but set to disco music, The Donkey Show. The show wowed audiences for six years off-Broadway, and you can still catch it if you’re in the Cambridge, MA, area.

In 2005, Roth joined Jujamcyn, and in the years prior, he made a move to become president President of Jujamcyn Theaters. The bio on Roth’s website also highlights that he oversees five Broadway theaters and breathes life into some of the most impactful and inspiring shows.

Roth is influential in the fashion realm, a six-time Tony Award winner, and frequently shares stunning looks with followers on social media. Roth and his husband, Richie Jackson, are also heroes and award winners as leaders in the LGBTQ+ realm, having been acknowledged by The Trevor Project.

Roth shared more about his look in a quick chat on the red carpet.

Fans love that Roth is having fun on the carpet. While there’s always the theme and dress code to be concerned about, it’s nice to see that the stars enjoy themselves as they don looks we’ll all be talking about for weeks.

You can learn more about Roth’s incredible work in theater and his other unique projects by checking out his website and social channels.