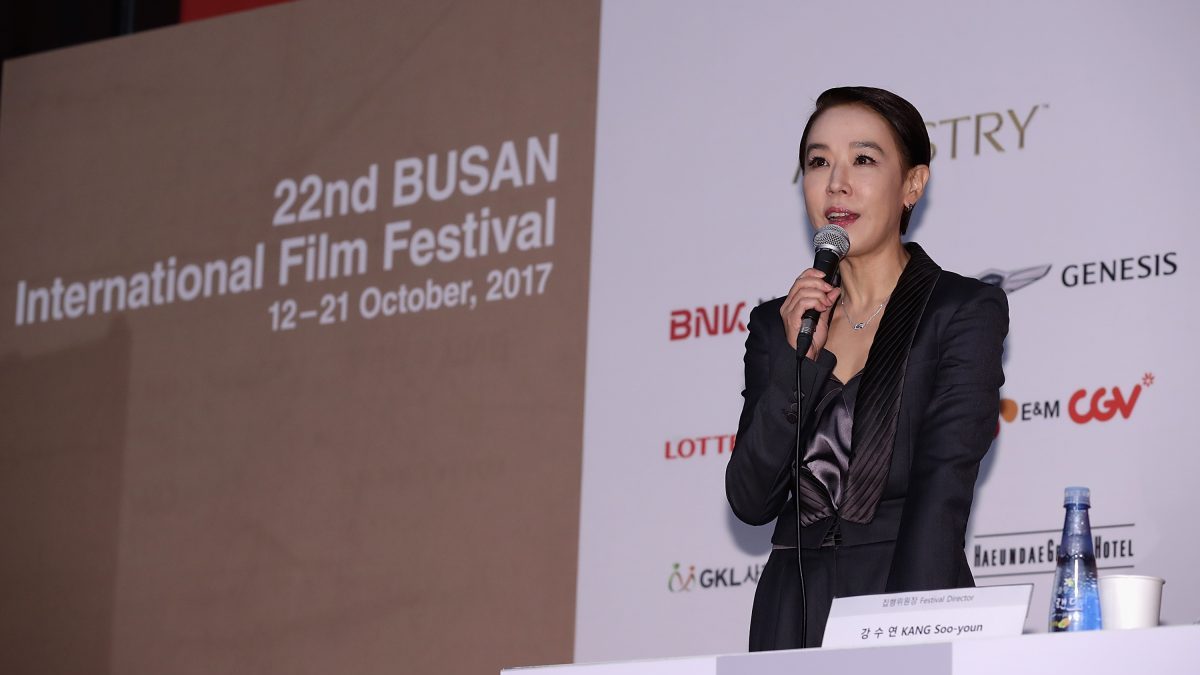 You might have been browsing Netflix and come upon the film, Jung_E, the newest film from Yeon Sang-ho. You should recognize some of the director’s other films, Train to Busan, Seoul Station, and The King of Pigs. Jung_E is Netflix’s latest exclusive, and it features elements that every science-fiction fan will love, like artificial intelligence, space, and an uninhabitable Earth.

It’s already managed to top the Netflix charts, so you probably would have seen it on the Netflix home page. If you have gotten to the end of the film, you will have noticed that it contains a dedication to Kang Soo-youn, who passed away in 2022. You might be wondering who Kang Soo-youn is and what exactly her involvement in the film was, so let’s take a look, at her life, her career, and her role in Jung_E.

If you watched Jung_E and are wondering who Kang Soo-youn is, you will already have recognized her. She plays one of the main characters in Jung_E, Seo-hyun. Dr. Yun Seo-hyun is the daughter of the mercenary, Yun Jung-yi, who is the basis for the AI in the film, JUNG_E. Her character in the film has an illness that rears its head, and she is also shot at the end of the movie, so Seo-hyun does not make it out alive.

As far as her connections to Yeon Sang-ho, she did not appear in any of his other films. Their only connection proved to be her last film, Jung_E. Kang Soo-youn was a prominent child star in South Korea, beginning her career at the age of three. She appeared in over 30 projects over the course of her life, with the latter half of her career less prolific as she only starred in a handful of films in the last 20 years, with more than a decade-long gap between Jung_E and the film before it.

Over the years she won many awards for her career, including multiple Baeksang Arts Awards, Korean Association of Film Critics Awards, and she was nominated for many Blue Dragon Film Awards. Over the years she starred in The Surrogate Woman, Come, Come, Come Upward, All That Falls Has Wings, and the television series Ladies of the Palace.

Unfortunately, Kang Soo-youn passed away in 2022, after being found unconscious in her home. A cerebral hemorrhage led to a cardiac event, and after two days of being in a coma, she died on May 7, 2022. She passed away at the age of 55. Because she died in 2022, she did not get to see the release of her final film.

You can catch Jung_E on Netflix.