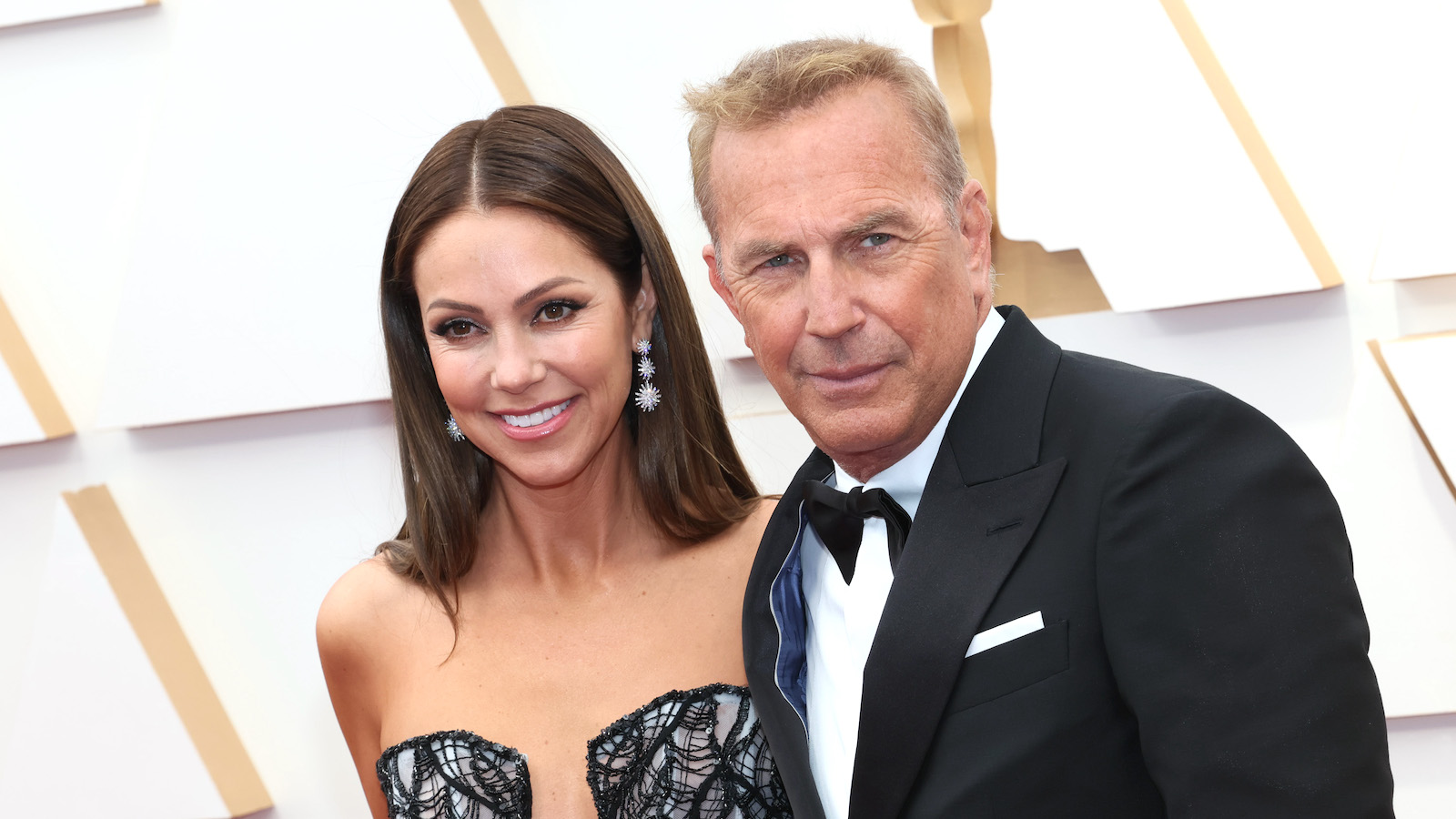 On the big screen, we love Kevin Costner for his brooding, lionhearted demeanor. One of the most in-demand actors of the ’80s, he has gone from valiant hero in Dances With Wolves to passionate romantic lead in his landmark role in The Bodyguard to grouchy cowboy in Yellowstone. But through it all, who has been Kevin Costner’s partner in his personal life?

Kevin Costner has been married to professional model and entrepreneur Christine Baumgartner since 2004. The two met in the ’80s while golfing, according to People. At the time, the actor was still married to his first wife, Cindy Silva.

Costner and Silva met in college and were married from 1975 to 1994. The two went on to have three children, Annie, Lily, and Joseph, before the marriage ended, reportedly due to strains caused by the Dances With Wolves actor’s busy schedule, and rumored infidelity.

Costner’s amorous path would still take one more turn before finally committing to his current wife. In 1996 the Academy Award winner had a child with socialite Bridget Rooney, baby boy Liam.

The fateful meeting that finally brought Costner and Baumgartner together for good happened in 1998 at a restaurant. After the two exchanged numbers, The Postman leading man said he would call her in two weeks. “I did not realize that was like an insult to a woman,” he told People in 2003.

The divorce from his 19-year-long marriage to Cindy Silva took a toll on Costner, though. He has spoken about his commitment issues in the past, saying that “When I met Christine, I wasn’t prepared to be in love again. It took me a long time before I said ‘I love you’ to her.”

The two dated for four years until, in 2002, freaked out by the idea of having more children, Costner called the relationship quits. In 2012, Costner had this to say about the split:

“[Christine Baumgartner] said, ‘I’m going to wait for you, but not long. When you come to your senses, come back to me.’ [laughs] And I did.”

It looks like the two were truly meant to be and they have been together ever since. The actor has admitted that “sometimes you learn the thing you’re most afraid of will save your life.” They were married on September 25, 2004, on the Costner family’s 165-acre ranch outside Aspen, when the actor was 49 and Baumgartner was 30.

The idyllic ceremony happened beside a water stream after Costner arrived by horse-drawn carriage, while Baumgartner chose a vintage green pickup truck to make her big entrance. Fellow Hollywood stars Tim Allen, Don Johnson, and Mary McDonnell were all in attendance.

Despite Costner’s initial fears, his and Baumgartner’s apparently happy union has been celebrated by three offspring. Costner’s four children were joined by siblings Cayden (now 15), Hayes (13), and Grace (soon to be 12), making it a total of seven brothers and sisters. For the actor-director, children “have always been bigger than the movies,” and the reason he has been able to do what he loves. In a 2018 interview with Closer Weekly, he put it very simply:

“I have played two roles in my life, one I get paid to do, which is the movies, and the other one is being a father, for which I’ll be rewarded my whole life.”

The secret to a healthy marriage, the Hollywood veteran says, is “the ability to say you’re sorry, even when you think you’re in the right.” This might just be some invaluable advice, if Costner’s 18-year marriage to Christine Baumgartner is anything to go by.