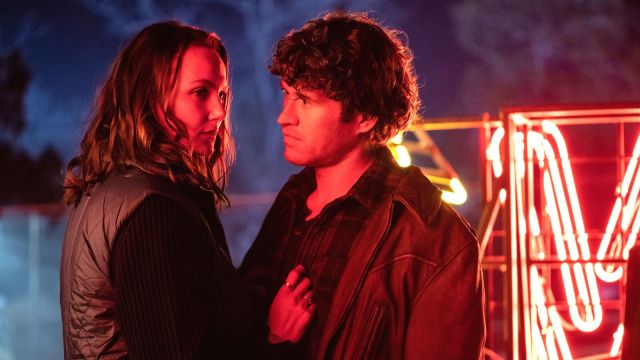 Halloween Ends wraps up the entire franchise, at least for now, but it still introduces a new, and crucial, resident to Haddonfield in the form of the young Corey Cunningham.

But who exactly is Corey, how does he fit in, and where have you seen this actor before? We’ve got all the information you need to know.

Who is Corey Cunningham in ‘Halloween Ends?’

Corey represents a new generation of adults who have grown up hearing the legends and mysticism around Michael Myers, but have never truly bought into it. He plays a crucial role in setting up the conflict of Halloween Ends, as Myers manages to put a shadow over his life in a surprising way.

Thanks to the closeness of Haddonfield, he’s interconnected with everyone, including Jamie Lee Curtis’ Laurie Strode and her surviving family.

Where have you seen Rohan Campbell before?

Campbell burst onto the scene in mostly minor roles in his native Canada, with appearances in television films such as Mayerthorpe, Santa Baby 2: Christmas Maybe, and appearing as glorified extras in shows such as Supernatural and Once Upon A Time.

One of his most notable credits prior to landing a role in Halloween Ends was as a student in the Johnny Depp-led film The Professor where he is credited as “Male student #4”. His biggest television roles have come since 2019, with him a part of Yellowstone in the supporting role of Lonergan.

Campbell boasts a title role in the reboot of The Hardy Boys, with the Canadian portraying Frank Hardy. The Hardy Boys is currently available to stream on Hulu.

Halloween Ends is currently in cinemas and is also seeing a simultaneous streaming release on Peacock.