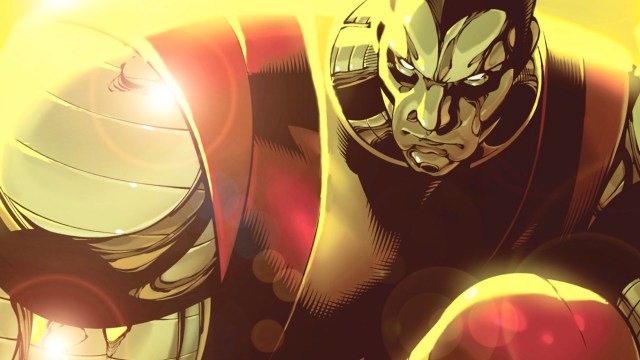 Piotr Nikolayevich Rasputin, often referred to by his mutant alias Colossus, is a member of the X-Men, a mutant superhero team and one of Marvel Comics’ most successful and popular franchises. Originally from Russia, Colossus is a kindhearted but extremely powerful mutant with the ability to cover his entire body in metal, essentially becoming impenetrable.

He has appeared in many live action adaptations over the years, and with renewed interest in the X-Men as they could potentially join the MCU, here are the actors we think would excel at portraying Colossus today.

Daniel Cudmore previously played Colossus in X2, X-Men: The Last Stand, and X-Men: Days of Future Past, and is one of the most popular choices for who should play Colossus in the MCU. He was initially offered the role for the Deadpool movies but refused when he found out that his voice would be dubbed. If Cudmore is still interested in taking on the mighty character, he would no doubt be a prime choice for Colossus, a role he’s more than familiar with in a franchise he’s appeared in multiple times.

This Russian actor is another solid choice for the role of Colossus. He saw his breakthrough with the 2012 film Soulless, and is well known for his role as Oleg the Prophet in the sixth season of the historical epic series Vikings. A fine actor in projects both home in Russia and internationally, Kozlovsky always brings an intense and dominating presence on screen, which is perfect for a mutant like Colossus whose story is centered around his brute force. Kozlovsky is also no stranger to stoic performances, another characteristic that greatly defines Piotr. His captivating performance as Vladimir the Great in the Russian historical film Viking is more proof of his stellar acting talent and emotive prowess.

Amell has taken on a comic book character in the past, becoming widely known by portraying Green Arrow in the DC superhero series Arrow, a role he played for a whopping eight seasons. With his incredibly muscular build, and ability to convey strength and force, he would be a wonderful addition to the MCU as Colossus. Praised for capturing the grit and intensity of Green Arrow, Amell can easily translate those qualities to the character Colossus and deliver a fine performance. His equally powerfully turn as Jack Spade in the Starz drama Heels just shows that the Canadian actor is right at home with brawny and rugged characters.

Tatum was initially supposed to make his superhero debut as X-Men member X-Men Gambit in a solo film, but a long stint in development hell, as well as Disney’s pulling the plug, ultimately ended all talks of that. It would be great to see the Magic Mike star in a powerful role such as Colossus. Tatum is no stranger to strong roles, and his versatility as an actor makes him all the more qualified to knock the role out of the park. Tatum is also incredibly funny, and has shown off his vulnerable side in the past, ensuring he will do Piotr justice in a live action X-Men remake in the MCU.

Based on looks alone, Trevante Rhodes is an absolutely perfect selection for Colossus as his muscular build and height fit right with the character’s design. Breaking through internationally as the conflicted and complicated Chiron in the Oscar-winning Moonlight, Rhodes is a great fit to convey the simultaneous innocence and strength of Piotr. The MCU has dabbled multiple times in the many struggles of superheroes, and Rhodes’ versatility sets him apart to succeed at portraying a unique character such as Colossus.

Joe Manganiello is usually typecast in physically demanding roles, and this could work in his favor to introduce him to the very successful MCU. From sexy comedies like Magic Mike, to dark dramas like True Blood, Manganiello always comes across as extremely likable, despite playing tough and intimidating characters. Colossus, regardless of his insane strength, remains one of the most likable members of the X-Men, and is adored for his big heart, and idealistic mentalities. If selected, Manganiello would join several Marvel stars who have had roles in the DCEU, as he starred as the villain Deathstroke in 2017’s Justice League.

Kristofer Hivju is no stranger to action and adventure. He is best known for his role as Tormund Giantsbane in Game of Thrones, a role for which he has received much praise for his charisma and enthusiasm. While Hivju may not seem like an obvious choice for Colossus, it would be interesting to see how the actor would interpret the peace-loving mutant on screen after we’ve seen him portray lovable brutes in the past.

For a hardcore, no-nonsense version of Colossus, there is hardly a better choice than the talented Omari Hardwick. Best known for his role as James “Ghost” St. Patrick in Power, Hardwick knows how to play a tough and gritty character that isn’t afraid to get his hands dirty. As Colossus, fans could expect to see a riveting and intense performance from Hardwick, especially if the MCU decides to adapt one of Colossus’ darker comic arcs such as the Colossus Bloodline arc.

After five seasons as the absolutely terrifying Mountain in HBO’s Game of Thrones, and an equally intimidating turn as Thorfinnr in The Northman, Hafþór Björnsson physical appearance should all but guarantee him major consideration for the role of Piotr. The Icelandic man, standing at a whopping six foot and nine inches tall is often regarded as Iceland’s strongest man and is a successful boxer and professional strongman. If anyone looks as mighty as Colossus, it’s this tough guy.

The final contender for an actor that could play Colossus is Jordan Calloway. Calloway previously played a super-powered character in his role as Painkiller in Black Lightning and is also popular for playing Chuck Clayton in Riverdale. He is a very charismatic actor that could bring new energy to the character of Colossus, and though the metallic mutant isn’t known for being the most talkative or playful character, Calloway is the perfect actor to portray that side of him.