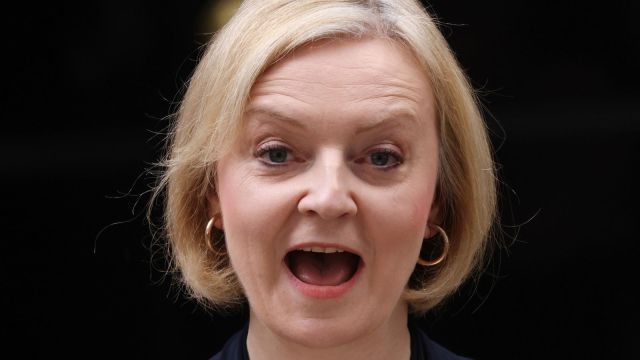 Just 44 days ago, Liz Truss became Prime Minister of the United Kingdom after being elected by her party members in the wake of Boris Johnson’s resignation.

In that short time, she’s killed the British economy, destroyed her Chancellor’s career, ruined the reputation of her party, sent them to rock bottom in the polls, become the most disliked leader ever, and has now resigned, becoming the shortest-serving British Prime Minister in history.

And, to rub salt into the wound, she’s also been beaten by a lettuce.

Blood had been in the water for Truss ever since a disastrous budget in which she cut tax rates for the rich while squeezing the poor. As such, British tabloid The Daily Star hosted a live stream to see if Truss would outlast a lettuce. As of today, the lettuce has triumphed (with only some minor browning):

The mood in the chat was jubilant, with an endless torrent of “W” for win, and cries of “LETTUCE FOR PM.” Those running the stream promptly turned on the disco lights and started playing an upbeat remix of “Kool & The Gang’s Celebration.” Since then, her picture has been removed and champagne and gin has been placed around the victorious lettuce.

Reactions on social media have been joyous.

This is a great pun.

This is her legacy.

The lettuce has better future prospects than Truss.

It’s still possible that the lettuce might achieve its goals by being incorporated into a salad or sandwich, though Truss has achieved nothing and now resides in the political dumpster after one of the most humiliating weeks in British politics.

Where the U.K. goes from here is anyone’s guess, though it appears the Conservative Party will hold yet another leadership election to decide which zero-charisma nobody will assume office.

For now, we romaine in good spirits as we watch the fallout of the Truss leadership hitting the iceberg.