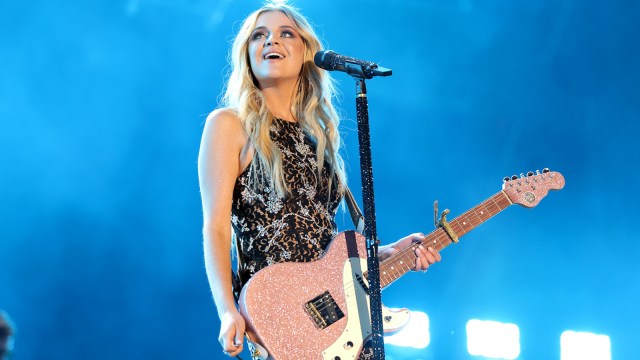 That’s it for Kelsea Ballerini and Morgan Evans.

On Aug. 29, Ballerini confirmed via her Instagram story that after six years together, she and fellow country singer Evans are filing for a divorce.

“Friends, I’ve always tried my best to share my life with you in a real and vulnerable way, while also protecting layers of my personal life as they unfold. This is now public record so I wanted you to hear it from me directly that I am going through a divorce.”

The “Peter Pan” singer expressed how difficult this decision was for her and Evans, and how it was “the result of a journey of love, growth, and efforts that ultimately have come to an end.”

Ballerini, who refers to her fans as “legends” – from her hit song “Legends” – said it was difficult for her to find the right words but feels “extremely grateful for the years of marriage to Morgan and hopeful for the next seasons.”

She asked her fans for grace as she and Evans “are both fragile, actively healing, and showing up the best we can.”

Evans confirmed the divorce on his own Instagram story, sounding understandably dejected. “I am very sad to confirm that after almost five years of marriage, Kelsea and I are parting ways. I wish it were otherwise but sadly it is not.”

The pair met at the CMC Awards in 2016 and were engaged and married just a year later.

Why are Kelsea Ballerini and Morgan Evans getting divorced?

Ballerini did not offer an explanation for her divorce but her and Evans’ music careers and busy schedules could be to blame.

In April, Ballerini sounded the alarm when she shared with Extra that she and Evans had been going to therapy. “I think it’s really important,” she said. “Obviously we have a strange life. Like, we are both really busy and don’t get to spend much time together… And just trying to find, like the things that work for us.”

Marriage, Ballerini shared, is something she thinks of as “worth” the work, and not a “fairytale-esque, ride-off-into-the-sunset kind of thing,” she told People last November. Following the divorce of her parents when she was young she thought she never wanted to get married. However, “as I got older, I was able to have conversations with them both about their marriage, pre-divorce and realized that there was beauty there, there was love there at some point. That helped me realize that I could find that.”

Both the two-time Grammy Award-nominated singer and her husband are busy promoting their respective albums, proving just how busy their schedules really are. Ballerini is currently preparing for the release of her fifth studio album, “Subject to Change,” on Sept. 23 and her 10-day Heartfirst tour on Sept. 24. Her latest single, “Heartfirst,” is currently topping the country charts. Evans is on tour for his EP The Country and the Coast: Side album.

We wish Ballerini and Evans all the best as they move through this difficult time. Her song “I Hate Love Songs” may or may not be playing in the background today.