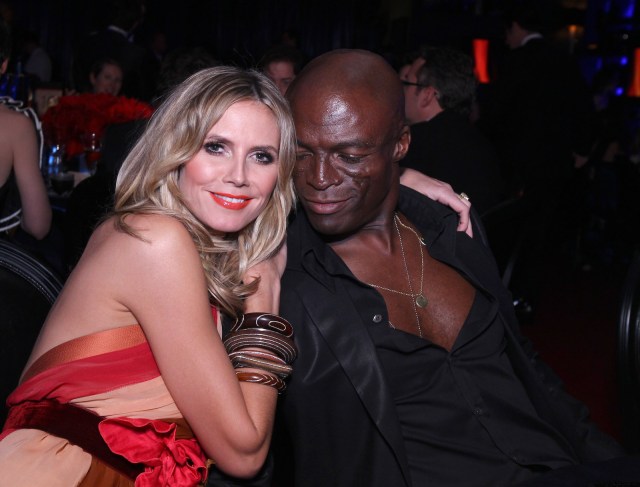 Sometimes love just isn’t enough and no one knows that better than celebrity couple Heidi Klum and Seal. While Seal might write some of the most recognized love songs of all time, writing his own love story has proved more complicated. He and his wife, Heidi renewed their vows eight times but in the end, called it quits all the same. Here’s everything we know about what happened.

Supermodel Heidi Klum and singer/songwriter Seal were one of the most well-known celebrity couples out there. Attractive, talented, and superstars it’s no wonder they tended to draw attention. Unfortunately, despite everything they had going for them individually, it just wasn’t enough to make them last as a couple . Although it certainly wasn’t for lack of trying. The couple shared sacred vows eight separate times during their seven-year marriage. In an interview with Woman and Home Klum revealed she did it in hopes of keeping their marriage “fun.”

However, even after the eighth wedding bell had rung, Klum knew that even all the high glam of multiple ceremonies couldn’t salvage her and Seal’s marriage. Initially, the couple was somewhat tight-lipped about the reasons surrounding the divorce, citing only busy schedules as a contributing factor to their growing apart. Their first public statement simply said, “We have had the deepest respect for one another throughout our relationship and continue to love each other very much, but we have grown apart.” While it was believable with two superstars with very busy schedules, many fans felt there might be more to the story. It turned out they were right, as more about the power couple’s relationship was finally revealed.

Following the divorce filing TMZ revealed that according to Heidi, Seal had an “inability to control his anger.” She claimed it was difficult to live with, especially with children around. While Heidi never got into specifics about Seal’s “anger issues” she did reveal it affected their children. Sources agreed it was a big reason that the two just couldn’t seem to make it work, despite their efforts. Eight weddings in seven years is certainly an effort for any couple. Although Heidi herself does seem to be a big fan of the multiple weddings as she also married Tom Kaulitz multiple times.

Heidi and Seal first tied the knot in 2005, and by 2012, they were filing for divorce. The divorce became official in 2014, and by 2019, she was married to Kaulitz. Seal and his former bride continue to co-parent their three children together.

Celebrity relationships can be hard to keep up with, with all the ups and downs, divorces, and reunions, and Heidi and Seal’s relationship was no exception. The two shared vows far more times in seven years than most people marry in a lifetime! Yet in the end, it wasn’t enough as allegedly Seal’s “anger issues” caused the couple’s final downfall.