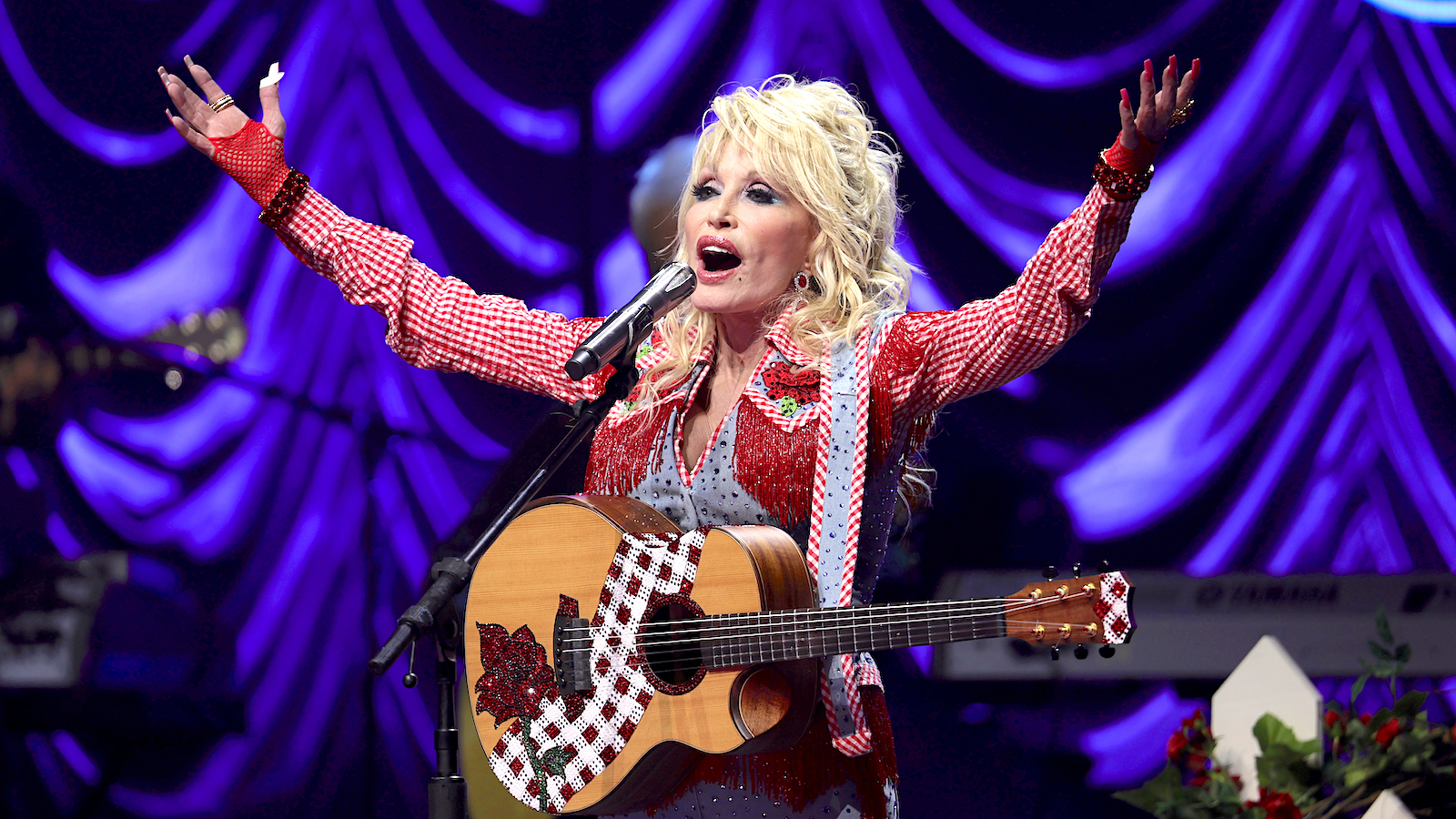 American treasure Dolly Parton is best known for her country tunes and ability to cross bitter partisan divides to bring people together. Everyone loves Dolly Parton. Her impressive career, big heart, and bubbling charisma make it impossible not to. This icon is not afraid to make bold fashion choices, which is why many fans have wondered over the years why she always seems to be into long-sleeve clothing. Why would someone who has made a point of being a proud, confident woman seemingly hide beneath flashy fabric? Before we tackle that question, let’s take a brief look at this remarkable woman’s life.

Parton’s success is even more impressive when one considers her humble origins. She was born in Pittman Center, Tennessee on January 19, 1946. Her father was Robert Lee Parton Sr., a sharecropper and farmer, and her mother was Avie Lee Caroline, a homemaker. Parton is the fourth oldest child of 12 and lived with her family in a one-room cabin. She describes her family’s socioeconomic status back then as “dirt poor,” and she got her love of music from her mother.

She started performing at a young age, making her first radio appearance on The Cas Walker Show when she was 10. She then moved to Nashville after high school and found success as a songwriter. She went on to sign with Monument Records, who at first tried to market her as a pop singer but eventually caught on when Parton found her niche in country music. In 1967, her first country single “Dumb Blonde” climbed to number 24 on the charts. This was the beginning of her impressive career, which now includes 10 Grammy Awards, 10 Country Music Association Awards, starring roles in major film projects like 9 to 5, and much more.

Parton has always had a strong sense of self, which has translated into her bold fashion choices. She once told Barbara Walters, “I know they make fun of me, but actually all these years people have thought the joke was on me, but it’s actually on the public. I am sure of myself as a person. I am sure of my talent. I’m sure of my love for life and that sort of thing. I am very content, I like the kind of person that I am. So, I can afford to piddle around and do-diddle around with makeup and clothes and stuff because I am secure with myself.”

It’s great to see such a confident, strong woman ⏤ which is what brings us back to the sleeves. What’s the story there? While Parton has not publicly addressed this question head-on, many speculate that it’s because of her tattoos. Parton is not as publicly open about them, but has made some comments over the years.

Dolly Parton: The queen of sleeves
1 of 2

What’s up with Dolly’s tattoos?

Parton told Vanity Fair that she started getting tattoos to cover her scars. As she stated, “Most of the tattoos, when I first started, I was covering up some scars that I had, ’cause I have a tendency to have keloid scar tissue, and I have a tendency where if I have any kind of scars anywhere then they kind of have a purple tinge that I can never get rid of.”

She went on to say that she did not make a big deal about it because she did not want all the fuss, saying, “I don’t really like to make a big to-do of [the tattoos] because people make such a big damn deal over every little thing.”

For a woman who has lived most of her life in the public eye, it’s healthy to keep some things close to the chest just for oneself, including the pastel butterfly tattoos Parton is rumored to have.