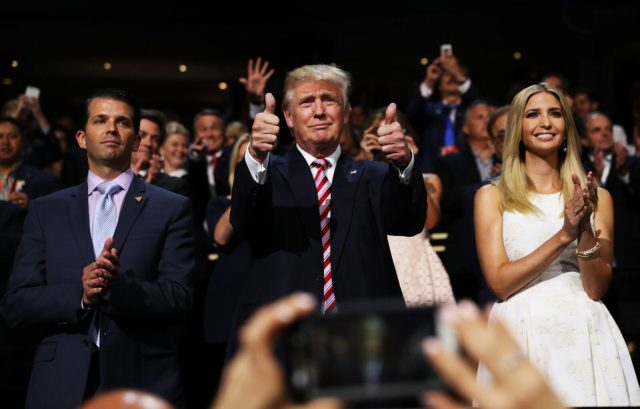 Former President Donald Trump is currently in some legal trouble as he is being sued by New York Attorney General Letitia James. The Democrat attorney general has also named Donald Trump Jr., Ivanka Trump, and Eric Trump in the lawsuit as well. In addition to the four named, members of the Trump Organization have also been included in the lawsuit.

What exactly has former President Trump done to trigger this lawsuit and what does the suit allege that he and his children did? Let’s take a look at the lawsuit, why it was filed, and how exactly Donald Trump’s actions have led him to this position.

Why is there a lawsuit against Donald Trump?

Per the official Twitter account for the Office of the New York Attorney General Letitia James, Donald Trump, his children, and the Trump Organization are being sued for financial fraud. She puts forward her reasoning for bringing the suit: “We found that Trump, his family, and the Trump Org used fraudulent and misleading asset valuations over 200 times in 10 years on his annual financial statements.”

The claim here is that Donald Trump inflated the value of his assets to overstate his financial station in order to get hundreds of millions in insurance and loans, more than he would have otherwise. Also alleged is that Trump and those who helped him deflated his worth to lower his taxes. James started off by writing that separate laws should not be enforced for both presidents and everyday Americans, which if what Trump and company are charged with is accurate, everyday Americans should agree with.

In a follow-up tweet, James outlined what her office hopes to achieve with the lawsuit: “Make Trump pay $250 million. Ban the Trumps from running NY businesses for good. Ban Trump and Trump Org from buying commercial real estate in NY for 5 yrs. We’re making a criminal referral to the U.S. Dept of Justice.” The payout and the barring of Trump from having business dealings in New York would undoubtedly be a blow to the former president who was born in New York.

As the lawsuit was only recently brought forward it will be some time until the outcome is determined. If the allegations do prove to be legitimate, the former president will be in hot water, especially if criminal charges are brought, but only time will tell.