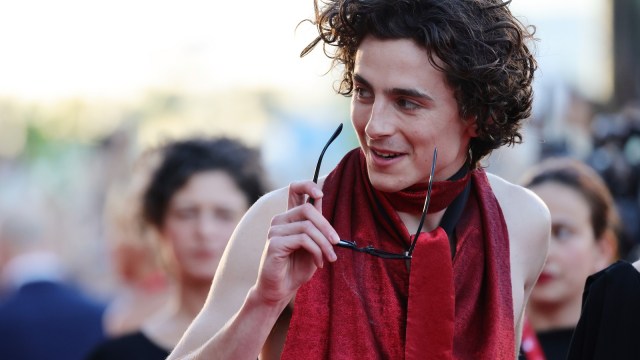 When reading Roald Dahl’s Charlie and the Chocolate Factory, or watching the movies, many have wondered how on earth Wonka became who he is. Well in Paul King’s upcoming movie Wonka, which serves as a prequel to Dahl’s 1964 novel, we get to see the origins of the whimsical chocolatier. With greats like Gene Wilder and Johnny Depp has taken on the role in the past, it’s now Timothée Chalamet‘s turn, and, according to his co-star, he really is a “really delicious artist.”

When discussing the film with British Vogue Chalamet described it as “so sincere, it’s so joyous.” The actor is working with many talents from the U.K including Olivia Coleman, Paterson Joseph, and Rowan Atkinson starring in the prequel. However, it’s one of his American co-stars that has recently been so enthused by the actor’s performance, with comedian and actor Keegan-Michael Key chiming in on what it’s been like to work with him.

Talking to the Hollywood Reporter, Key echoes Chalamet’s statement on the joyous nature of the film, “I would agree with all the adjectives Timothée used and I would also like to add the words wondrous and a little bit epic. It’s a nice, big, full, beautiful piece of art and Paul King, who directed it, is a delightful human being who has this wonderful, childlike heart.” When asked about Chalamet in the role of Willie Wonka, Key was equally as dazzled by the young actor.

“There’s this wonderful effortlessness about how he plays Wonka, not to mention the fact that there’s this hopeful quality that he gives the character, a kind of indomitable quality that he’ll never quit, he’s always up for the next thing. He’s like, ‘OK, that didn’t work out? We’ll do this and we’ll try something else,'”

Working with some industry greats such as Coleman and Atkinson, Chalamet shines according to Key “And Timothée Chalamet, what can I say? Sacrébleu! This kid, you know, drips charisma and wonderful confidence. He’s just a really delicious artist.” These are all qualities that we are happy to hear being laid at the feet of the actor playing the iconic, wacky, and much-loved British character.

We can all see just how deliciously wonderful he is when Wonka hits theatres on Dec. 13, 2023.