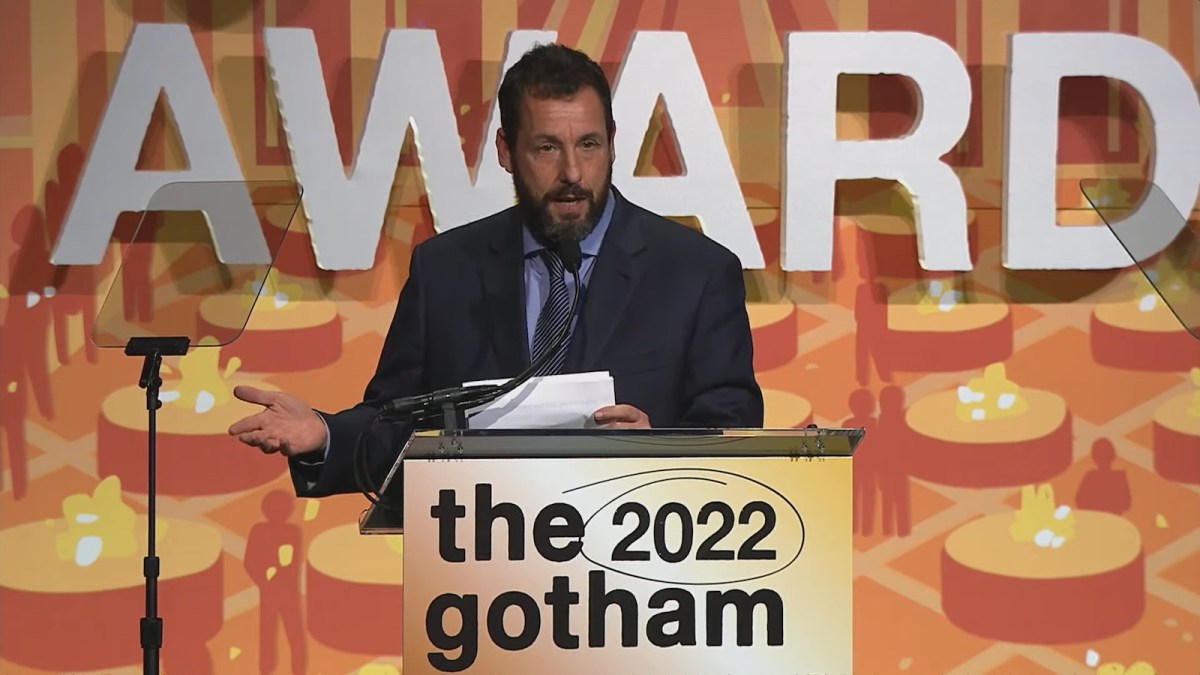 Adam Sandler’s public persona has gone through a bit of a shift recently, thanks to a sharp turn towards critically-acclaimed films like Uncut Gems and Hustle. But, at the 2022 Gotham Awards, he gave an acceptance speech that is nothing short of classic Sandler.

Accepting the performer tribute award at the ceremony, he put on the same iconic accent he did when he won an Independent Film Spirit Award for his lead role in Uncut Gems and started off his speech with a bang.

“I told my daughters Sadie and Sunny, who are 16 and 14, that I didn’t write a speech and they said phrases like, ‘Rude’ and ‘You’re mean.’

“Daddy’s f*****g tired. Daddy works hard, calm down. They were like, ‘Can we write your speech, Daddy? So you got something to say.’ I said, absolutely.”

He then addressed the crowd in a way that we should address all crowds in the future, from the perspective of his two children. Naturally, the audience erupted with laughter.

He even dissed the trophy itself, calling it a “frankly disturbing object” and wondering what on Billy Madison’s earth it is supposed to represent.

He went on to namedrop some of his biggest hits, including Big Daddy and, of course, Uncut Gems, before reminding everyone why he started appearing in movies, and something all filmmakers should carry forward from this moment on.

We don’t know a braver man.

He also included an astute observation about his position compared to other professional funny men: “Only the Sandman makes people laugh.”

“F*ck every other comedian.”

Sandler’s performance in 2022’s Hustle, which has been named his best-ever movie by almost everyone who has seen it, has set him up for at least some representation in the forthcoming awards season. We’ll simply have to keep our fingers crossed that we get another absolutely brilliant speech like this one sooner rather than later.

You can watch the full ceremony below, with Sandler’s speech starting at the 03:44:01 mark.