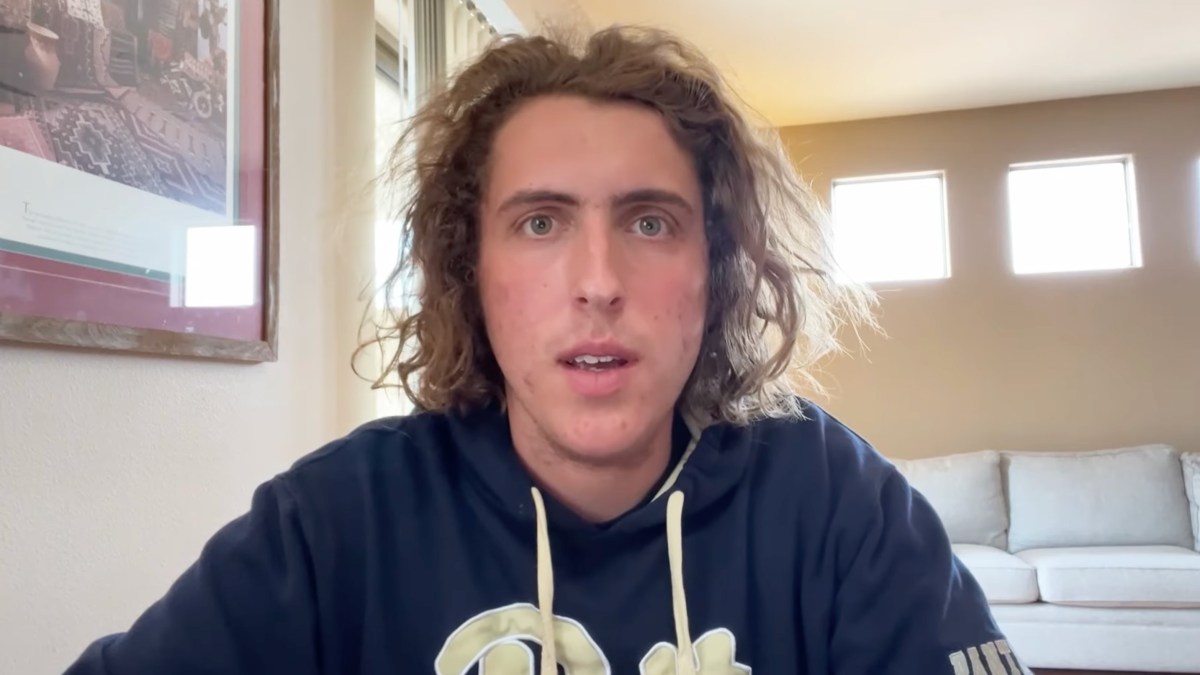 Prominent YouTuber, Andrew Callaghan, who built a name for himself for interviewing people at rallies and events, has addressed allegations made towards him of sexual misconduct. The 25-year-old has released a video stating he wants to hold himself “accountable” for his actions and has stated he will start attending therapy sessions.

The allegations came in via TikTok only 48 hours after his HBO documentary This Place Rules dropped. Caroline Elise, the user @cornbreadcasserole on TikTok alleged that Callaghan had stayed at her house and attempted to engage in sexual activities with her multiple times despite her stating she didn’t want to. According to Variety, she stated that he

“eventually got my consent because he wore me down. It’s even more hard to have to relive the trauma that I endured every single day by seeing this man as a social justice warrior, as someone who cares about human rights, get a platform. You shouldn’t be supporting him.”

Not long later, another woman, Dana also came forward to say something similar had happened to her over on her TikTok account @moldyfreckle whereby the YouTuber had pressured her to have sex in her car. In the video, she said, “I told him to stop. I told him to get off of me multiple times, “He tried to put my hand down his pants and I was fighting against him during this, telling him to please stop.”

After these allegations came to light Callaghan went silent for some time and the partners he had been working on This Place Rules with, comedians and producers Tim Heidecker and Eric Wareheim, have since condemned his actions and stated they will not be working with him in the future. Callaghan has now responded to said allegations on YouTube in the video below.

He started by saying, “I never thought I would make a video like this, but I think there is an important conversation to be had and I just want to be fully accountable, honest, and transparent with you with all of you guys.” He then went on to thank the women who have accused him of sexual misconduct,

“I’d like to start by thanking every single person whose came out in the past week to speak about different ways my behaviour has made them feel uncomfortable or pressured during a sexual situation.”

He went on to discuss how at the time he believed his behavior was normal, and that “persistence was a form of flattery” when in fact it was not. He does add that there is some context that is missing from the accusations aimed at him, but says he won’t get into that here as, in his words, “I am not here to invalidate anyone’s lived experience.”

He is now going to take the time to address his behavior and urged the young men that jumped to his defense to also look into the mirror and address their own behavior and attitude towards women as well as an understanding of “enthusiastic two-way consent.”

“I hope that young people, young men in particular, can use my mistakes to learn and move through life with a better understanding of consent.”

He then said that going forward he really needs to do some work on himself and has stated he will start taking therapy and, without laying the blame on alcohol, understands that it had a contributing factor and will join a 12-step program.

Obviously, not all is forgiven or forgotten immediately in cases like these, especially for those that have been affected by Callaghan’s actions. As they say “talk is cheap” and Callaghan will have to actually go through with what he has discussed and commit to working on himself.

However, this is the kind of apology that many people do want to hear with the YouTuber holding himself accountable, offering an apology to those he hurt, addressing the toxic behavior in himself, and stating that he will take the time to better himself so that this never happens again whilst also encouraging others to do the same.

There has long been an issue with the portrayal of relationships and what it means to be a straight man in the “pursuit” of women that is pervasive in our society and media, leading to this type of situation being wholly too common. These are problems that not only Callaghan must address but society as a whole as we build towards a better understanding of consent, one that allows a greater voice for women and a better understanding for men.