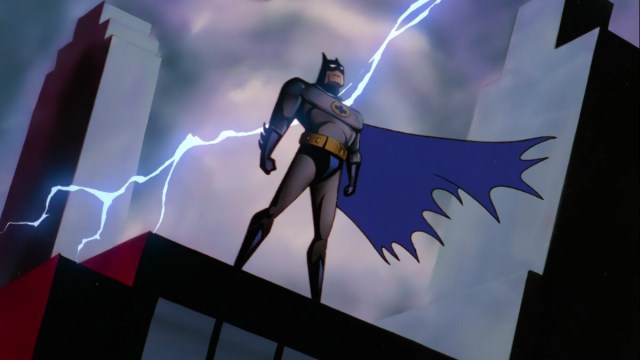 l’m Batman. Not really, but sometimes you have to put yourself into the shoes of the subject you’re writing about and, in this case, I wish I weren’t Batman because this is more so about the ones that oppose him.

I don’t know how the absurdly rich Bruce Wayne does it. If most people had that much money, they would not be jumping around rooftops in a batsuit and they most definitely would not be facing the countless crazy Gotham villains each night. I’m pretty sure most would be enjoying maybe a little more of life’s luxuries but that’s why Bruce is so special – he’d rather go bat crazy.

All kidding aside, there is nothing quite like the rogues’ gallery of Batman villains. It’s practically iconic, certainly, some of the characters are, and no countdown of any kind can ever do it true justice. Yet, we foolishly try.

Here are the 10 greatest (or worst, pending on you’re point of view), Batman villains of all time.

Perhaps best described as an activist for the environment, specifically for plant life, Poison Ivy uses her ability that can turn plants into humans (and turn humans into plants) to her twisted advantage.

First introduced in 1966, Ivy became popular in the 1990s after her appearances in the Batman Animated Series and the New Adventures of Batman. She built a friendship, sometimes more, with Harley Quinn, perhaps creating the most popular duo that opposes Batman.

Her popularity has only continued since the 90s thanks in part to her hypnotic ways.

In 1992, Harley Quinn appeared in the Batman: Animated Series episode, “Joker’s Favor,” and the rest is villainous history. Playing Joker’s sidekick, she quickly became a favorite villain and the highest-ranking member of the list whose first appearance was not in a comic.

She’s been the Joker’s girlfriend, Poison Ivy’s girlfriend, and an integral part of the Suicide Squad. Despite clowning around in a 16th-century harlequin-esque outfit, she’s a highly intelligent psychiatrist and uses it to her full advantage along with her twisted humor. She’s considered the fourth most popular character in the DC universe, behind only Superman, Batman, and Wonder Woman.

We had to flip a coin to figure out where this guy lands in the countdown. Harvey Dent, DA of Gotham City, was created in 1942 and has obviously stood the test of time (like so many on this list).

After having acid thrown on one side of his face in a courtroom, creating a look inspired by the titular character of the Phantom of the Opera, Dent has become better known as the criminal named Two-Face. He’s a mixture of good and evil and a mastermind of the ins and outs of crime, ironically thanks to his days of successfully fighting against crime as the DA.

His tragedy is really his fall from grace, a hero turned villain, and now a nemesis to the Batman.

Certainly, the most underrated villain in our top ten list, Man-Bat gets little love in Batman’s rogue’s gallery countdowns, partly because he has more recently been portrayed as sometimes helping Batman. However, we recognize his villainous ways and that he is extremely challenging for Bruce Wayne’s version of a dude who fights like a bat.

First appearing in 1970, Man-Bat was born out of Dr. Robert Kirk Langstrom’s idea for humans to have bat-like sonar but the actual experiment went too far and temporarily turned Langstrom into a crazed bat. These temporary spells keep on happening and Batman often finds himself at the mercy of this human-sized bat in numerous story angles.

If done right, a feature Batman film with Man-Bat as the main villain would be epic if DC ever realizes how to make a Gotham monster movie.

Edward Nigma loves puzzles, riddles, and everything in between. He also loves to quiz Batman and has been doing so since 1948.

One of the most well-known Batman villains, the Riddler is understandably difficult to outsmart, causing Bruce Wayne many mind-bending nights of despair. The only reason why he isn’t more highly ranked is that even though he could be the top challenger to Gotham’s hero, more recent storylines of him have not done him justice, leaving many fans puzzled, including us.

Penguin wobbles around Gotham as a mobster, night club owner, and dangerous adversary of Batman. Despite being created in 1941, Penguin seems to be the one Batman villain who is always popular while still managing to grow in popularity. HBO Max is even filming a series about the Penguin to be released in 2023.

With a name like Oswald Cobblepot, can you blame him for wanting to be known as something else? He loves birds, except for Bats and Robins, so the Penguin name stuck.

No one is better at getting thieves together to do a job while not being involved himself. Why should he dare? He can just take what’s his and double-cross them in the end. Perhaps he should be higher ranked and fly into the top 3, but we recognize some others for the pain they’ve caused Bruce Wayne.

The man who broke Batman’s back.

Created for the Knightfall storyline in 1993, no villain had a more immediate impact on Batman the way that Bane did. Nearly breaking Bruce in two, he paralyzed him and it took years for Bruce to recover.

Bane is the final villain featured in the Dark Knight trilogy films, played by Tom Hardy.

Anyone familiar with the KGBeast, a character whose real name is Anatoli Knyazev and who first appeared as a Batman villain in 1988, would swear that Bane’s look and brute strength style are patterned directly from the KGBeast.

Bane is dangerous and much stronger than Batman. His brutality alone easily places him in the top 5 Batman villains.

Ever the dangerous long living mastermind, Ra’s al Ghul is a fairly new villain in comparison to most on this list, having first appeared in 1971. Don’t let that fool you though, the dude is older than any of the others having been born several hundred years ago.

If you’re at all familiar with the original Shang Chi comic then you might have noticed that Ghul and Shang-Chi‘s father have numerous similarities. They are both leaders of a group of assassins, live in East Asia, have mystical powers, have extended their life with supernatural abilities, and are experts at martial arts. However, we assure you, they are different characters.

Even though he can be a destructive villain to Batman, Ra’s al Ghul won’t hesitate to call on him for help with something he knows the Bat will want to fight for. making things more interesting, his daughter, Talia al Ghul, gave birth to Bruce Wayne’s child. They call the child Bat al Ghul – no, just kidding! Their son is Damian Wayne, the fifth Robin.

Ra’s would top this list if it were the most intriguing Batman villains but he will have to settle for being #3 here, despite not exactly being the settling type.

The purrrfect villainous, at least for Batman, is this sometimes bad girl, sometimes anti-hero, sometimes friend of our Bat-crazed crime fighter.

Catwoman began life, at least in comic form, in 1940. She was mostly been depicted as a master burglar and then was omitted from the comics for over a decade due to the Comics Code Authority of 1954 banning certain portrayals of women in comics. She sneakily came back in 1966 and has been a major character ever since, thanks in large part to the numerous actors who have played her on tv or film including Lee Meriweather, Julie Newmar, Eartha Kitt, Michelle Pfeiffer, Halle Berry, Anne Hathaway, and Zoë Kravitz.

As a villain, her sex appeal is not exactly helpful to Batman, and the Comics Code Authority would have a fit nowadays, but regardless of what storylines she’s placed in, Catwoman’s presence often takes it over.

No joke — this is the best Batman villain of all time and some countdowns will try to fool you into believing otherwise. We won’t. We know the truth and we say it with a permanent smile on our faces.

The Joker needs no introduction, even for non-batman fans, but that would be weird anyway because why would a non-batman fan be reading this article?

Anyway, Joker is a comic genius, a criminal genius, and he’s insane. First appearing in Batman #1 in 1940, he has not stopped causing significant harm to our crime-fighting hero. Such harm may have been at its peak when he killed Robin, Jason Todd, in 1988’s Death in the Family story arc.

His brutality was also on display in issue #251 of Batman in 1973 when he realizes that one of his five henchmen snitched but because he doesn’t know which one, he decides to kill them all. His finest hour in comics might be 1988’s The Killing Joke, a masterful book that acts as both his origin story via flashback and the ultimate Batman vs Joker showdown. This is where he also paralyzes Batgirl.

No villain has more heavily impacted Batman in negative ways than the Crown Prince of Crime. The purple-wearing prankster may laugh a lot at his job, but his dark-themed humor is not to be taken lightly. He even manages to break out of prisons and asylums on a regular basis.

In conclusion, this list teaches us that Bruce Wayne has some big problems but it also teaches us that no good heroic character, especially in comics, can have such longevity in popularity without the help of some outstanding villains.