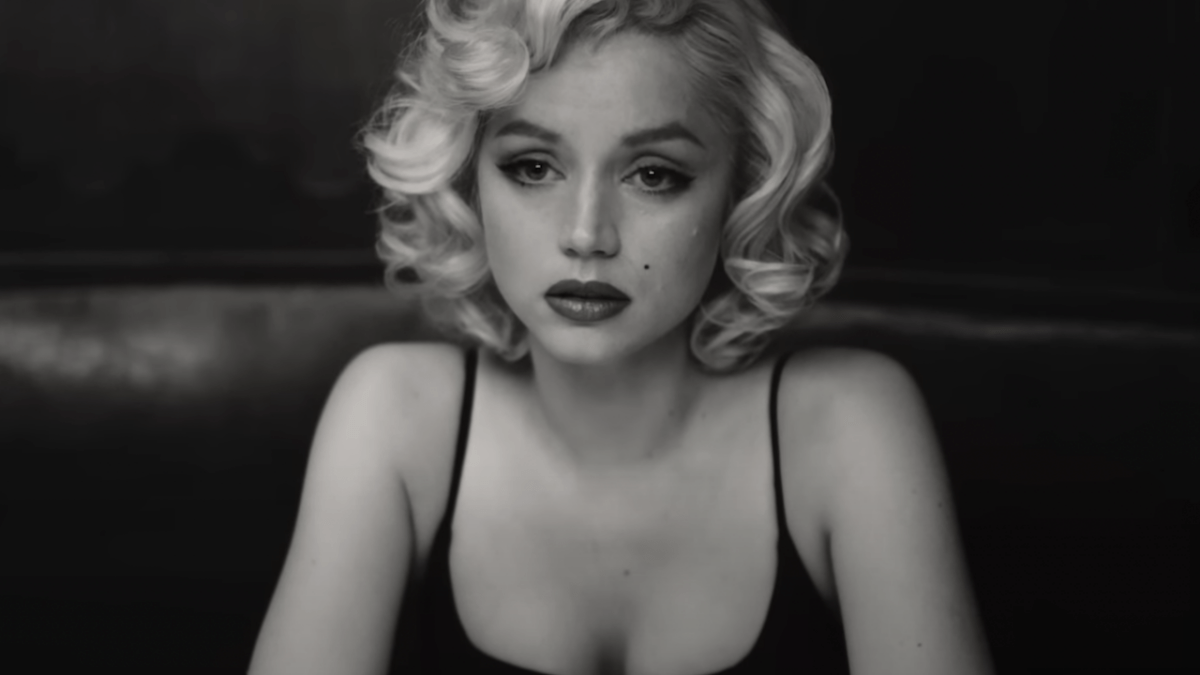 We may be learning the accolade-related fate of 2022’s finest films when the 95th Academy Awards begins its broadcast on March 12, but as far as true entertainment value goes, all of our sights should be set on just a day earlier when the 43rd Golden Raspberry Awards roll up to give some of the industry’s egos a well-deserved beating by highlighting the worst that 2022 had to offer.

The shortlist for this year’s ceremony features a disheartening number of pictures with multiple nominations, with Netflix’s disturbingly exploitative Blonde leading that unenviable honor with eight total nominations. Machine Gun Kelly’s directorial debut Good Mourning follows closely behind with seven nominations, while Disney found itself drawing the short straw in the Pinocchio department with six nominations; a far cry from Guillermo del Toro’s Golden Globe winner, for sure.

Elsewhere, Sony’s superhero flick Morbius, the perpetually exhausting source for many a meme, states its presence with five nominations, while The King’s Daughter and Jurassic World: Dominon both feature with three.

As for names, Tom Hanks and his otherwise illustrious reputation is set to take a hit with three nominations apiece, while Machine Gun Kelly and Andrew Dominik — the masterminds behind Good Mourning and Blonde — look set to take the brunt of their projects’ ridicule.

Here’s a full breakdown on who will be competing for what at the 43rd Golden Raspberry Awards.

As foreshadowed by the list of films that received multiple nominations, Blonde, Good Mourning, Pinnochio, Morbius, and The King’s Daughter will all be squaring up against one another for the distinction of being the ultimate suckfest.

Blonde‘s whopping nomination total and serious subject matter may pile its odds higher than the other nominees, but we wouldn’t be surprised if Morbius fulfilled its #MorbiusSweep destiny, either.

Jared Leto’s turn as Morbius is one of two comic book performances vying for Worst Actor, with the other being Samaritan‘s Sylvester Stallone, who currently holds the Golden Raspberry Award record with ten wins.

We doubt he’ll be turning that into number 11, though, as Leto’s vomit-worthy dialogue should be more than enough to nab him this one – barring any come-from-behind surges from fellow nominees Pete Davidson, Tom Hanks, and Colson Baker (for their roles in Marmaduke, Disney’s Pinocchio, and Good Mourning, respectively).

The King’s Daughter‘s Kayla Scodelario is surrounded by some high-profile competitors in Firestarter‘s Ryan Kiera Armstrong and Jurassic World: Dominion‘s Bryce Dallas Howard, all of them representing some of the competition’s most popular names, while the likes of Alicia Silverstone and Academy Award-winner Diane Keaton shore up the rest of the category with their performances in The Requin and Mack & Rita, respectively.

This one is a bit of a toss-up; the serial nominees are all in close competition with each other, and while they’ll no doubt be weighed down by association with their respective films, The Requin‘s only disadvantage may be the fact that no one saw it. As for Keaton, her reputation as an awards season regular in her earlier days could be her greatest asset or greatest weakness, depending on how the voters vote.

The era of lackluster remakes and franchises is on full display here, with the likes of Blonde, Pinocchio, Jurassic World: Dominion, and Firestarter all showing up for Worst Remake/Rip-off/Sequel, contended by the sequels (yes, sequels as in plural) to 365 Days.

The dual firepower offered up by 365 Days: This Day and The Next 365 Days could easily contend with the remaining nominees, effectively making this category an abridged version of Worst Picture, so long as you replace vampires with dinosaurs and Atlantis with the Department of Scientific Intelligence.

Worst Supporting Actress sees a couple of newcomers sticking their necks out for such a dishonor, with Mira Sorvino and Penelope Cruz (of Lamborghini: The Man Behind the Legend and The 355, respectively), going toe-to-toe with the likes of Adria Arjona and Lorraine Bracco, of Morbius and Pinocchio infamy.

But it’s Fan Bingbing who’s bringing the x-factor to this one, with the actress receiving her nomination for her roles in two different films, namely the illustriously-panned The King’s Daughter and the aforementioned The 355, making for a nuance that could very well result in a come-from-behind victory.

Worst Supporting Actor is one of the most interesting categories of the whole competition, with only three total movies represented thanks to Good Mourning and Blonde taking up two spots apiece courtesy of Pete Davidson and Mod Sun, and Xavier Samuel and Evan Williams, respectively.

But we expect them all to pale in comparison to Tom Hanks’ turn as Colonel Tom Parker in the critically acclaimed Elvis, a film that otherwise has no place at the Golden Raspberry Awards. Indeed, a poor Dutch accent, distracting makeup, and an otherwise stuffy performance in one of 2022’s best make Hanks a shoe-in for this one.

Speaking of Tom Hanks’ makeup, we hope that particular relationship between latex and his face has since met a swift end; if there’s an opposite for “goals,” that’s one of them.

Indeed, Worst Screen Couple is often the site of the competition’s cheekiest jests, so we’re just going to let the list — as it’s written — do the talking.

Worst Director is business as usual for this edition of the competition, with four of the five masterminds behind the Worst Picture nominees showing up again for this category.

Judd Apatow provided the category’s wildcard for his helming of The Bubble, but it looks like Machine Gun Kelly (Good Mourning), Robert Zemeckis (Disney’s Pinocchio), Daniel Espinosa (Morbius), and Andrew Dominik (Blonde) should all be ready to take it on the chin for this one.

Rounding out the categories is Worst Screenplay, which, like Worst Director, has no shortage of familiar faces to pick from. This is the last of Blonde‘s nominations, courtesy of Andrew Dominik’s ethically-void adaptation of Joyce Carol Oates’ novel, and the duo of Robert Zemeckis and Chris Weitz have become a pair of scapegoats thanks to their Pinocchio screenplay.

But they aren’t the only writing duo who failed to synergize in 2022; Jurassic World: Dominion and Morbius also fell victim to bad writing by way of Emily Carmichael and Colin Trevorrow, and Matta Sazama and Burk Sharpless, respectively, while Derek Connolly also received a mention thanks to his story contributions on Dominion.

As for Good Mourning, the source of the fifth and final nominee, we’re doubtful that its screenplay is even passable as a piece of writing anyway, so Machine Gun Kelly will probably be safe from this one.

A full list of nominees can be found here.