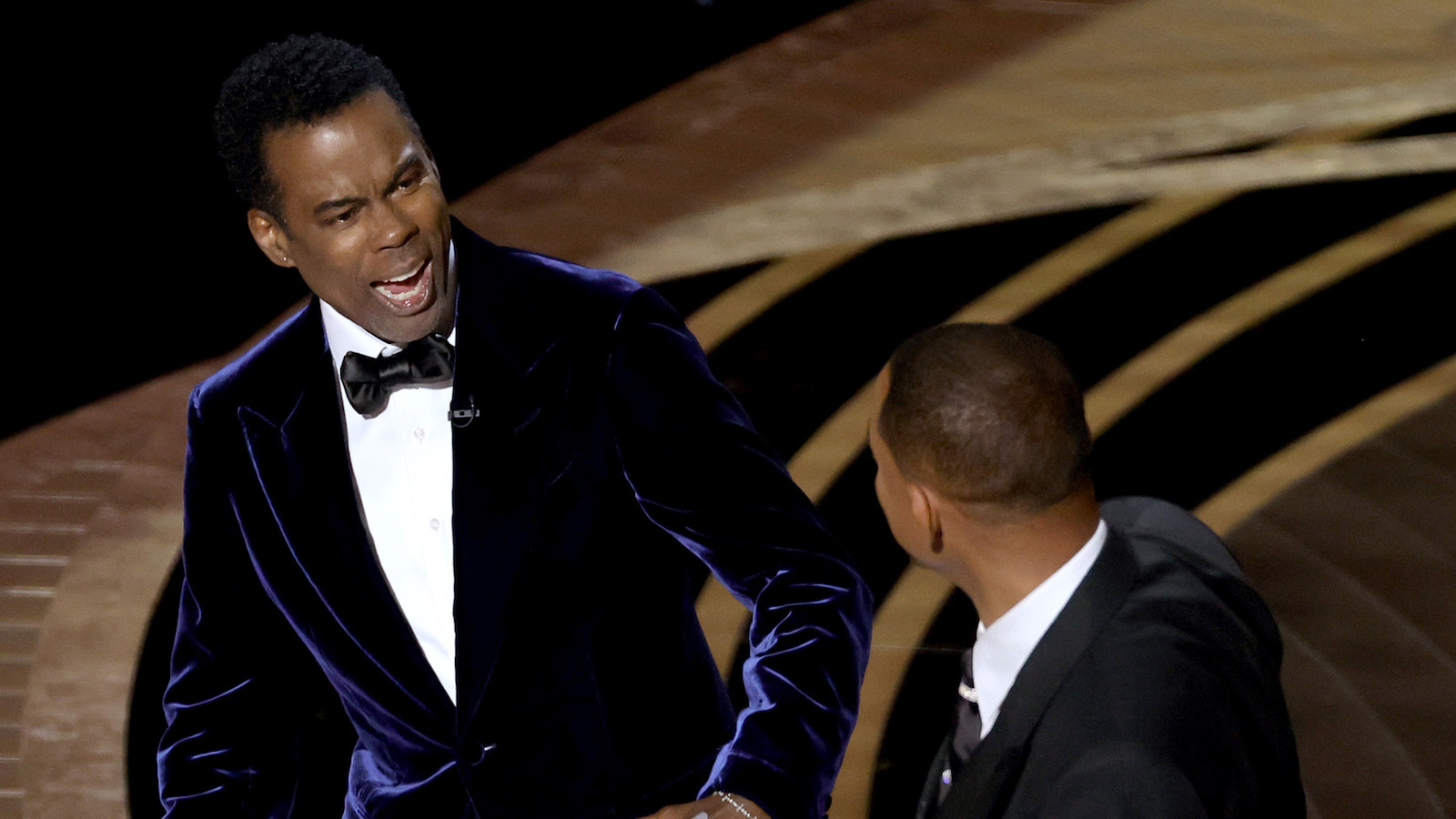 In what will be known as one of the most awkward Oscars moments in history, Will Smith has slapped Chris Rock on stage after the latter made a controversial joke about Smith’s wife, Jada Pinkett Smith.

In the lead-up to Rock presenting the Best Documentary award, Rock referenced Will Smith’s likelihood to win the Best Actor award at the ceremony for his performance in King Richard, before making a joke about Pinkett Smith’s look for the evening — a green ensemble with a completely shaved head.

“G.I. Jane 2! Can’t wait to see it!” Rock joked before the camera cut to a laughing Will and an obviously peeved Jada.

Shortly after, Will slowly walks onto the stage and socks Rock directly in the face before returning to his seat. Rock stands there stunned before Will screams from the audience: “Keep my wife’s name out your fucking mouth!”

Rock stresses that it was a “G.I. Jane joke” before Smith, visibly livid at this point, repeats his warning to Rock. After what felt like a lifetime of awkward silence, Rock said, “That was the greatest night in the history of television.”

It is unclear whether it was a scripted bit, coinciding with the gaffes made by the show’s hosts Amy Schumer, Regina Hall, and Wanda Sykes, as Will seemed to bounce back to his usually spritely self, congratulating the winner of the Best Documentary award, Summer of Soul.

After a commercial break, Sean “P. Diddy” Combs took to the stage to play peacemaker, encouraging Will and Chris to make up following the conclusion of the ceremony.

“Will and Chris, we’re gonna solve that like family at the Gold Party,” Combs said, to which Smith was seen laughing and applauding.

Slow Motion footage of the slap surfaced on Twitter.

Smith’s publicist was later seen talking to the actor at the last commercial, according to footage posted on social media.

Will Smith was later being comforted by Tyler Perry and Denzel Washington. Washington’s advice was referenced later in the show when Smith went on-stage to accept the Best Actor Oscar.

Despite the incident, Will Smith took to the stage to receive his Best Actor award for his performance in King Richard, saying Richard Williams was a “fierce defender of his family,”

“In this time in my life, in this moment, I am overwhelmed by what God is calling on me to do and be in this world. Making this film, I got to protect Aunjanue Ellis, one of the strongest, most delicate people I’ve ever met. I got to protect Saniyya and Demi, the two actresses who played Venus and Serena,” he said as he accepted the Best Actor Oscar.

“I want to be an ambassador of that kind of love and care and concern. I want to apologize to the Academy, I want to apologize for my fellow nominees; this is a beautiful moment, and I’m not crying for winning an award. It’s not about winning an award for me, it’s about being able to shine light on all of the people. Tim, and Trevor, and Zach, and Saniyya and Demi and Aunjanue and the entire crew of King, and Venus and Serena and the entire Williams family; art imitates life.”

“But love will make you do crazy things. To my mother, a lot of this moment is really complicated for me, but to my mother, she didn’t want to come out — she has a knitting crew, she’s in Philly watching with — being able to love and care for my mother and family, my wife, I’m taking up too much time. Thank you for this honor, thank you for this moment, and thank you on behalf of Richard and the entire Williams family, and I hope the Academy invites me back. Thank you.”